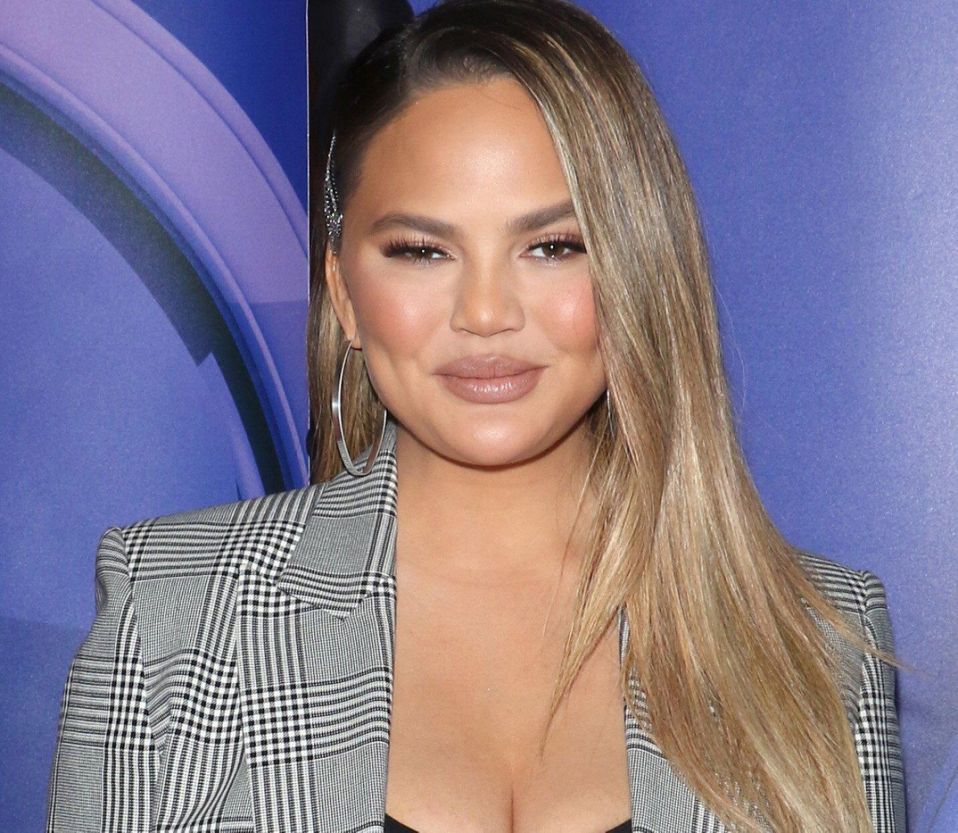 US model, Chrissy Teigen opened up to People for the magazine’s Beautiful Issue about last year’s pregnancy loss and her passion for wanting to make sure “everybody has access” to fertility treatments.

Back in December, Teigen revealed she’ll never be pregnant again, following the loss of her son, Jack and now, she’s not only opening up about how she’s still “coming to terms” with not being able to get pregnant again, but she’s also stressing just how important it is to her that everybody have access to expensive fertility treatments, like IVF. Teigen tells People:

“Coming to terms with not being able to carry again is still really difficult for me because I feel so healthy. I’m like, why?” But then I think about it as my uterus is just not cooperating with me — and it’s not a failure.”

Instead, Teigen says, she feels “lucky” and “blessed” for fertility treatments, specifically IVF, that helped her have her two children, 4-year-old daughter Luna and 2-year-old son Miles. 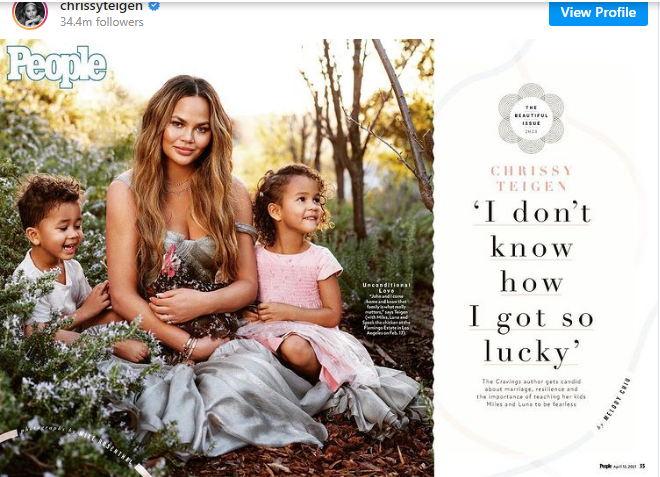 “I just think of it in terms of how blessed I am already, and also there are so many ways to have a child nowadays … whether it’s surrogacy or adoption,”

Teigen tells the publication, adding that she’s passionate about ensuring every person has access to treatments that can cost thousands of dollars. The cookbook author added:

“For me what’s really important is being able to make sure that everybody has access to those ways and making sure that people are able to make their dreams come true.

It would just be a beautiful thing. It’s so incredibly expensive to freeze your eggs and to harvest them. IVF isn’t an option for a lot of people and it needs to be. It shouldn’t be such an expensive endeavor for a woman trying to conceive a child.”

Teigen tragically lost her third child, Jack, after he was conceived spontaneously at 20 weeks. Since, she and her entire family have paid tribute to him in various ways, from custom-made bracelets and tattoos to comforting Jack with a therapy bear.

“Luna put a little therapy bear around him, and the best part is, I came down and she gave him a piece of her favorite snack. A tiny piece of Pirate’s Booty,”

Now, as they build their new home, Teigen and husband, John Legend are honoring Jack with a special tree planted inside their house.

“It’s important for us in Thai tradition that we always embrace the ones we’ve lost, and they’re never, ever gone. This tree being planted inside the home, the whole reason why I wanted it was so Jack’s ashes could be in that soil and he could be with us all the time and grow through the beautiful leaves in this tree,”

“The way Miles and Luna talk about him is so beautiful and reminds me of when I was little talking to my grandpa who was just sitting bedside next to my mom in a little urn,”

“It’s all beautiful, and I love that tradition carries down.”