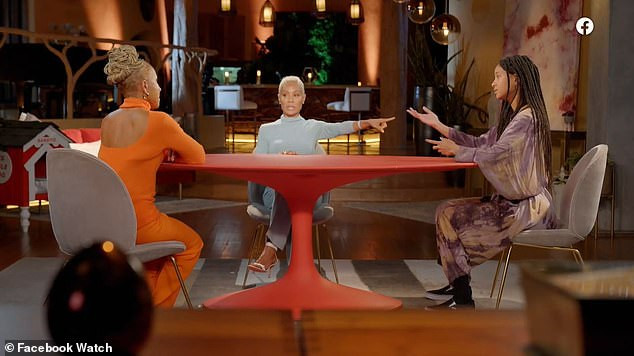 Watch As Actor, Baba Ijesha Confesses And Begs For Forgiveness After Being Caught While Allegedly Attempting To Molest The 14-Year-Old Minor

Willow Smith has come out as polyamorous to her mom, Jada Pinkett Smith and grandmother while sitting down on the latest episode of Red Table Talk.

The 20-year-old daughter of Hollywood actors, Will Smith and Jada opened up on Wednesday during a discussion with her mother and grandmother.

Polyamory is the practice of engaging in multiple romantic relationships, with the consent of all the people involved.

However, Willow noted that she can’t see herself “going past two partners.” Willow said on her mum’s Facebook show ‘Red Table Talk’: 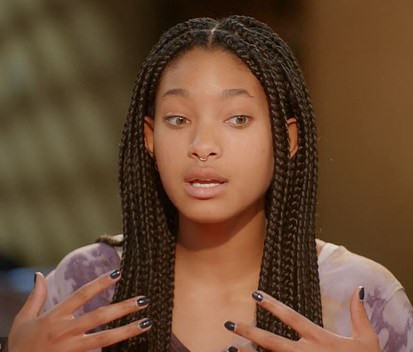 “With polyamory, I feel like the main foundation is the freedom to be able to create a relationship style that works for you and not just stepping into monogamy because that’s what everyone around you says is the right thing to do.

“So I was like, how can I structure the way that I approach relationships with that in mind? Also, doing research into polyamory, the main reasons why monogamous relationships – or why marriage – why divorces happen is infidelity.”

Willow, who practices ethical non-monogamy, received support from her mother but was met with resistance from her grandmother, Adrienne Banfield-Norris. According to the Grandma:

Willow Smith then tried to explain things to her grandmother by giving her an example of a couple who might have opposite appetites for sex.

“Are you gonna be the person to say, you know ‘just because I don’t have these needs, you can’t have them either?’

“And so that’s kind of one of the reasons why I actually was interested in poly because I was introduced to it through kind of a nonsexual lens. In my friend group, I’m the only polyamorous person, and I have the least sex out of all of my friends.”

Willow also said the “history of marriage really irks me”.

Twice Divorced, How The Death Of His Mom Crashed His Marriage, Obsession With His Three Kids: Jim Iyke Bares All In Latest Interview

Her mother reacted to her revelation, saying:

“I’m okay with whatever you do. When you were like, ‘Hey, this is my get down.’ I was like, ‘I totally get it.’ Wanting to set up your life in a way that you can have what it is that you want, I think anything goes as long as the intentions are clear.”

Two years ago, Willow Smith confessed she was bisexual and polyfidelitous. Willow said at the time:

“I love men and women equally and so I would definitely want one man, one woman. I feel like I could be polyfidelitous with those two people. I’m not the kind of person that is constantly looking for new sexual experiences.

I focus a lot on the emotional connection and I feel like if I were to find two people of the different genders that I really connected with and we had a romantic and sexual connection, I don’t feel like I would feel the need to try to go find more.”