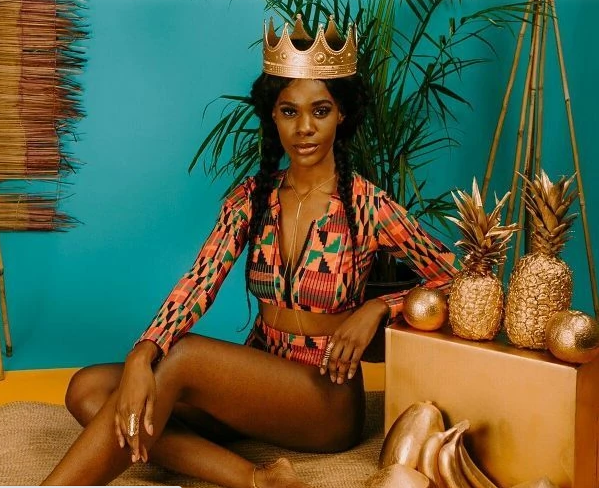 Nini Amerlise is a Ghanaian-Canadian supermodel. The nine time award winning trail blazer was born and brought up North York, Toronto Canada. The daughter of immigrant parents-her father is Ghanaian, and her mother is Jamaican Chinese.

Nini, who is currently in Lagos, Nigeria for an ambassadorial assignment for an immigration company visited Pulse Nigeria where she shares her touching life story during an interview.

During the chat, Nini shared childhood experiences which were interspersed with a lot of hurdles. Her father was absent for most of her childhood. At the age of 3, she watched as her father physically abused her mother.

For Nini watching her unstable father not only beat up her mother but go on to have 12 children with different women and not marry any of them made her have a skewed perception of men, bordering on hatred. She said:

Nini spoke about how she experienced bullying and racism as a child growing up. She had the Caucasian classmates make fun of her complexion, her nose and constantly beat and bully her. For a long time, Nini did not feel beautiful. She attempted to bleach her skin.

Colourism was such an issue for Nini as she progressed as a model, casting calls specifically asked for light-skinned black women and this made her struggle with her sense of identity for a long time.

Now Nini loves dark skin and finds it even more beautiful. She speaks against colourism anytime she gets the chance to.

In 2015, Nini was 21. She had spent a year in the modelling industry in Canada. At an industry party, she met a man. He complimented her on her beauty and invited her for dinner.

While they were on a date, unknown to her, he spiked her drink, took her to his house and raped her. When she got back home the next day, she had no recollection of the previous night but she felt different, violated and lightheaded.

It did not yet occur to her that she was raped. She recalled:

“By 2015, I was trying to figure out what happened to my body as I had contracted some STDs because I was seeing yellow discharges.”

When Nini went to the hospital to find out what was wrong with her, she had a vision. She saw an angel in the hospital waiting room.

The angel was a giant-like man whose body went all the way to the ceiling. He had wings and was so tall his head was above the ceiling. She saw a baby flow from her to the angel’s arms.

SEE ALSO: Actress, Padita Agu Opens Up On How A Simple Advice Helped Her To Enjoy Sex In Her Marriage After A Rape Experience Nearly Marred Her 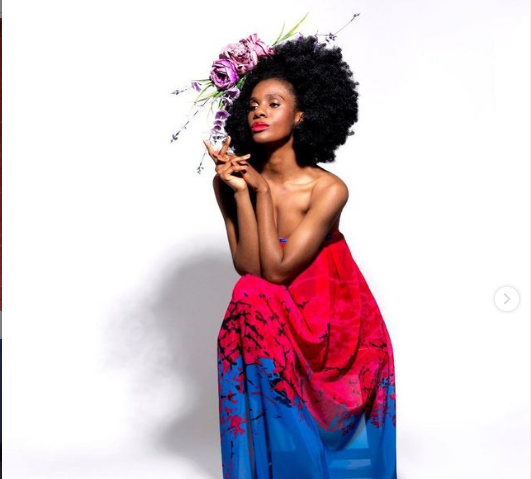 Instinctively, she knew she was pregnant. Dropping that news on her mother was harder than she could have been anticipated.

Her mother stated explicitly that there was no way she could keep the child. It was a man she had never known; a stranger and it was from an event that she should never have to remember.

So, she conceded to her mom pleas and had the child aborted. She mentioned how devastated the abortion made her.

Nini began to search for some healing and comfort in the face of such abuse. Though Nini was an atheist, she remembers running up the stairs with tears in her eyes and praying, “God, if you are real show yourself to me.”

She felt a warm embrace from a presence in the room. One day she went to church with a relative, the preacher mentioned how Christ has died for her sins and she felt a conviction to accept Jesus into her life.

In her words, “It all made sense to me”

Nini still had to undergo therapy and counselling and now she says that she does not disregard or disrespect men as she used to in the past.

Nini’s story is not all gloom. She began modelling at the age of 20 and since then she won the Top Model 2015 at the Miss International City Pageant and Rising Star model of the year 2016.

Rainbows appeared on her horizon when she went for and won the first season of supermodel Canada in 2017.

She recalls how interesting and exciting the challenges were. She said:

On what contributed to her winning the show, she said “I got points for not gossiping as the other girls were.”

Supermodel Canada opened the door for Nini. She conquered Canada and soon left to explore other countries and collaborate with top designers like Rocky Gathercole, Kenneth Barlis and Adebayo Jones, Kaela Kay and she was one of the first models for Ofuure an Afro-centric brand.

Alongside a deluge of awards she has won, Nini has gone on the feature in Vogue UK, Flare Magazine, Body Aware Campaign for Vogue Italia, Glamour Magazine, Huffington Post and Hype Hair Magazine.

She is also a fashion contributor to Glam Africa. Recently, she was a honoured judge for Miss Africa America Pageant 2021 and Ghana Next Supermodel 2021. She is also part of the executive team of African fashion week Toronto as Model & Media coordinator

Nini also owns a modelling agency – NA Management where she links models with designers and teaches them model’s etiquette. In May 2021, Nini hosted the annual Face of African Fashion Week competition and became the official model management partner with her company NA Management Inc to offer a 1 year prize pack to this year’s winner Mahelia Jackson.

She also engages in charity and plans on doing some while in Nigeria. Her charity organization is called We are Royals Inc. In Nigeria, she partners with PR Diva Communications for her charity.