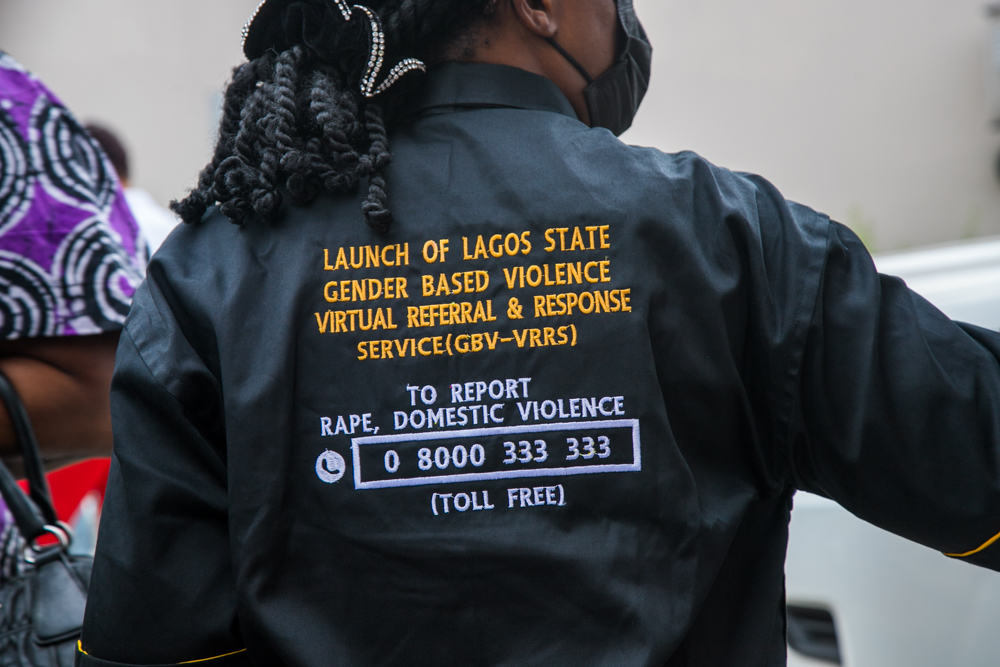 Meet Allman, The Woman With 7 Husbands As She Shares How She Manages And Satisfies All Their Needs | WATCH

The virtual system will provide uninterrupted access to trained service providers by providing 24/7 through a toll-free helpline 08000333333 with the social media hashtag #safetyinanumber.

According to reports, the virtual system will provide services such as counselling, legal and medical via the telephone and where physical contact is required, they will be referred to the relevant service providers absolutely FREE.

Speaking virtually, the wife of the Vice-President, Dolapo Osinbajo also the Executive Director of Women’s Helping Hands Initiative, a partner to the launch gave appraisals to the DSVRT on the initiative.

“I am also eager to advocate and seek an effective punishment for perpetrators to the full extent of the law. Watching more closely, listening more intently, is what we ought more to do.”

Speaking as well the Country Representative of UNFPA, a technical partner to the event, Ulla Muller noted the importance of the SGBV virtual service as a stepping stone in attaining the UN Sustainable Developmental Goals (SDGs).

Lagos State Solicitor-General and Permanent Secretary, Ministry of Justice, Titilayo Shitta-Bey, in her remarks said the virtual system was established due to the barriers to access services by survivors of GBV during the COVID-19 pandemic. She said:

“The aim of this initiative is to expand the capacity of the Lagos State Domestic and Sexual Violence Response Team (DSVRT) to provide services virtually.”

The Chairman of the DSVRT and the current Attorney General and Commissioner for Justice of Lagos State, Moyosore Onigbanjo (SAN) pointed out the need for the virtual system which was due to the surge in the report of cases during the COVID-19 pandemic.

READ ALSO: DSVRT Explains Why A Father Having Sex With His Child Is Not Considered  As Rape Under Lagos State Law

“During the COVID-19 pandemic, the Lagos State Domestic and Sexual Violence Response Team reported a 35% increase in reporting of domestic and sexual violence cases via its hotlines and social media platforms. In April 2020, the team received 273 reports, 189 cases in May, 264 cases in June and handled 304 cases in July.”

He emphasized the commitment of the Lagos state government and the administration of the governor towards ensuring sustained preventive interventions, engaging in strategic policy advocacy, and ensuring access to justice for survivors of sexual and gender-based violence.