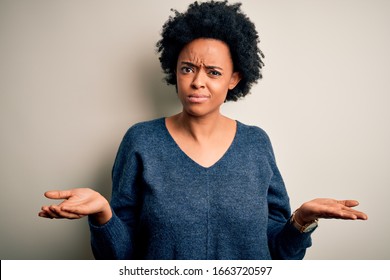 Thank you for the succour this page has been to me and from the wisdom I have gleaned from it over the years. I want to know if my children’s father is entitled to have access to them. Before you decide, please read my story.

I met my ex-husband about seventeen years ago. My mother objected to the marriage because of the age difference between us and his arrogance. He is twenty years older than me. Also, he did not have a steady source of income.

I am from a polygamous home and my mother separated from my dad when I was quite young, though my dad was responsible for our upkeep. Foolishly, I insisted on marrying him. I am a graduate while he is drop-out from the University. My mum and relatives pled with me not to go ahead with the relationship. My dad, who I was closer to, by the way was neutral as he believed that I was old enough to know what was good for me. But everyone else in the my family believed that he had cast a spell on me.

You see, even during the courtship, he beat me several times, brutally. Then he will go on his knees and beg for forgiveness as if his life depended on it. I opted out of the relationship several times as a result of this, but still went back to him after his pleas. This is somebody who has never spent a dime on me and I never slept with him before marriage.

When my father heard about the beatings, he was furious and warned me to keep away from him. But, I rebelled against him and I will regret this till my dying day. He went behind me to make preparations for court marriage and informed me about it three days to the date. I disagreed with his plans on the grounds that my bride price is supposed to be paid before going to the registry but he somehow convinced me to go ahead with the plan since he wasn’t financially stable and I was a fresh graduate who had just started work.

I moved into his house without any parental consent and that was the beginning of my journey to bondage. He forbade me from relating with my family members and neighbours and I lived in fear of him. Every attempt to go contrary to him led to serious beatings. I got pregnant and had to stop working as a result of pregnancy complications and then the beast in him came alive as I was now depending on him financially.

He would buy foodstuffs and hide them from me. All this while, my mum came to visit me twice and was chased out on the two occasions. My father was very bitter about the whole situation and told my mum to leave me to my devices. I attempted getting another job and he stopped me from going after two months because I was beginning to look good and that I am likely to go after other men if he allows me to continue working.

Like the big fool that I was, I actually stopped working and got pregnant a second time. By this time he took my certificates for safe keeping according to him and I never set my eyes on those certificates till date. My father died during this period and I didn’t even go to the burial because I had just delivered my second baby and I didn’t even have a dime on me.

READ ALSO: Dear MIMsters: I Want To Get Married But My Parents Are Getting In My Way

When I insisted that he looks for money for me to travel for my father’s burial, to my greatest amazement, he told me that I wasn’t his responsibility and that I could leave his house because he had gotten what he wanted from me. This hurt me to my marrow because I am from a broken home and I never wanted that history to repeat itself.

When he made that statement, it was as if a veil was lifted off my mind and I picked a few of my belongings and left with my two kids to beg my mum for forgiveness. This was two weeks after my father’s burial. Two days after I left, he traced me to my mum’s and created a big scene and he had to be restrained from beating up my mum.

The police were involved and he was told by the police that the children couldn’t be released to him as they were two years old and six weeks old respectively at that time. I have been solely responsible for taking care of my kids since then.

READ ALSO: Dear MIM: I Am A Happily Married Woman Despite All Odds

I have made moves to secure a divorce but couldn’t go ahead with it due to the cost implications. as I can’t afford to pay the ,#400,000 the lawyer requested for.

Last Friday, I got a call from the ministry of youth and sports that he has filed a report against me that I have deprived him of seeing his children for the past ten years and that he wants custody of the children. These are children that he has made no attempts to see nor contributed to their upkeep. Although he doesn’t know where I live, he knows my place of business.

I need to know, is it possible for the ministry of youth and sports to determine who should have custody of the kids in this kind of situation! Also, is there any way he can have access to the children without coming to my house because he is a violent person? Should he actually have access to the children without being responsible for their upkeep? Although I don’t object to my children having a relationship with their father, I fear for their safety because he repeatedly told me when I was living with him that he will kill me and plead insanity.