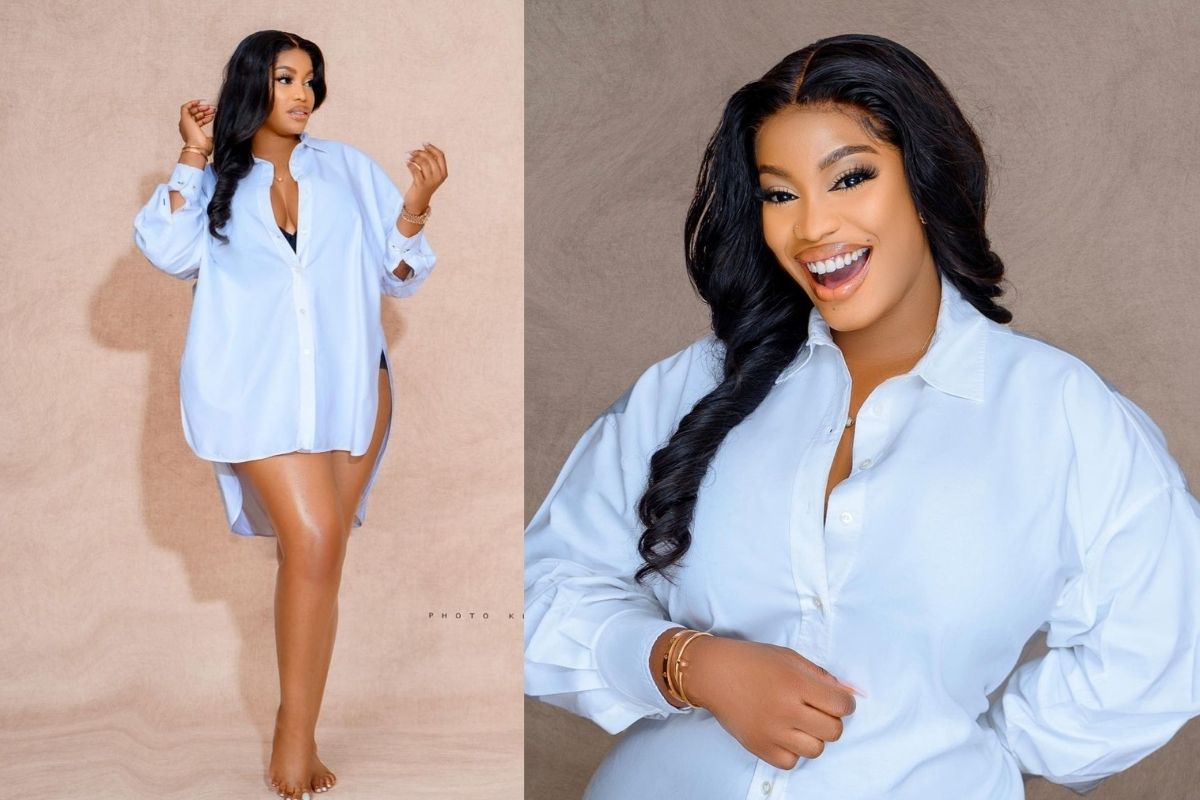 Fake it until you make it for the right reasons, according to former Big Brother Naija housemate, Ese Eriata.

The actress and reality TV star, in a lengthy post on her Instagram story, urged people to fake it until they make it for the right reasons.

Efe gave the advice after a friend of hers lost a multi-million-naira contract deal because she didn’t show up with a ‘Toyota Prado jeep or driver and mopol” at the office where she had gone to bid for the contract, like others do when they are going to bid for a contract in a big company.

According to Ese, although her friend had all the access to the packaging at her disposal, she decided to go in her Camry but the people despite her intellectual value chose someone who presented a loaded package and she bemoaned how people are rated by their appearance especially in Lagos.

Read what she wrote below… 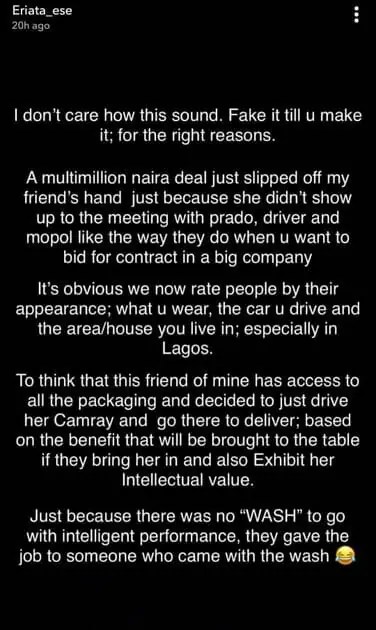 A lot of reactions were drawn from her post; See a few comments below;

Moral Lesson: Don’t fake it till you make it. Real knows real. Packaging is cool, but the package is always greater. Whatever you lose, something greater is coming. Not every loss is a loss, never forget that.

I don write am down. ‘If I’m getting to sign a contract, bring police, prado and escort