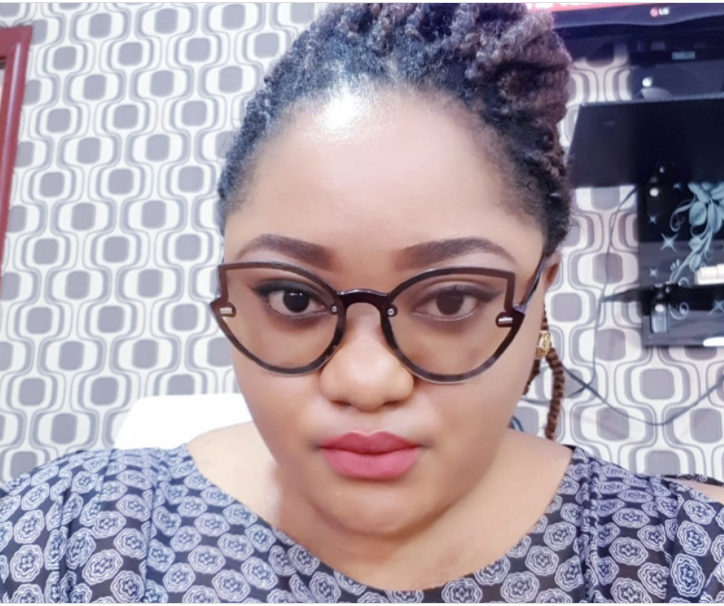 Mobility challenged Nigerian pharmacist and disability advocate, Blessing Mary Ocheido, has narrated how her father’s family mocked and humiliated her mother for having only female children.

According to Ocheido, the in-laws said that as far as traditions were concerned, her mother had no children yet. They also called her and her sisters useless and tried to get their father to marry a second wife who would give him a son.

Continue to Read the rest of the story below:

There’s an interesting on-going discussion about the rights or lack of of women who are married according to traditional customs in Nigeria.

I’m stunned that people are surprised that the woman or girl child has almost no rights based on most cultures in Nigeria. In fact, if you think otherwise, share any customs or traditions in your community that protects or uplifts women and girls.

I mean, I was less than 8 when I decided to stop going with my family to the village for Christmas celebrations in December. This was as a result of the humiliation and pain my mum, especially, always suffered at the hands of her in-laws.

They mocked her for having only girl children. Told her that as far as traditions were concerned, she had no children yet. They went as far as calling my sisters and I useless and tried to get my father to marry a second wife who would birth him a son= a heir.

My father had to put his foot down and told them they were simply illiterates if they believed that the sex of a child is determined only by the mother.

SEE ALSO: Despised For Having Five Girls & No Son: How Macauley & Ima Etuk Weathered The Storms In Their Marital Journey Of 48 Years Together

He told them it is their male children that are useless and they should watch what his girls will achieve in future. He refused to let them look down on him and it was not funny at all.

It was so bad that the last time I visited my parents’ villages was in 2004. Heck, if you dropped me in the middle of my community now and ask me to locate my ancestral home without help, I will totally be UNABLE to.

This may sound harsh but I have ZERO respect and tolerance for the bullshit that is most traditions and beliefs in this part of the world.

I will ask again, is there any tradition or custom in Nigeria that protects and uplifts women or girls? I’ll wait.”

ALSO SEE: Gender Based Violence: UN Documentary Highlights The Gruesome Realities Of Some Women And Girls In Nigeria 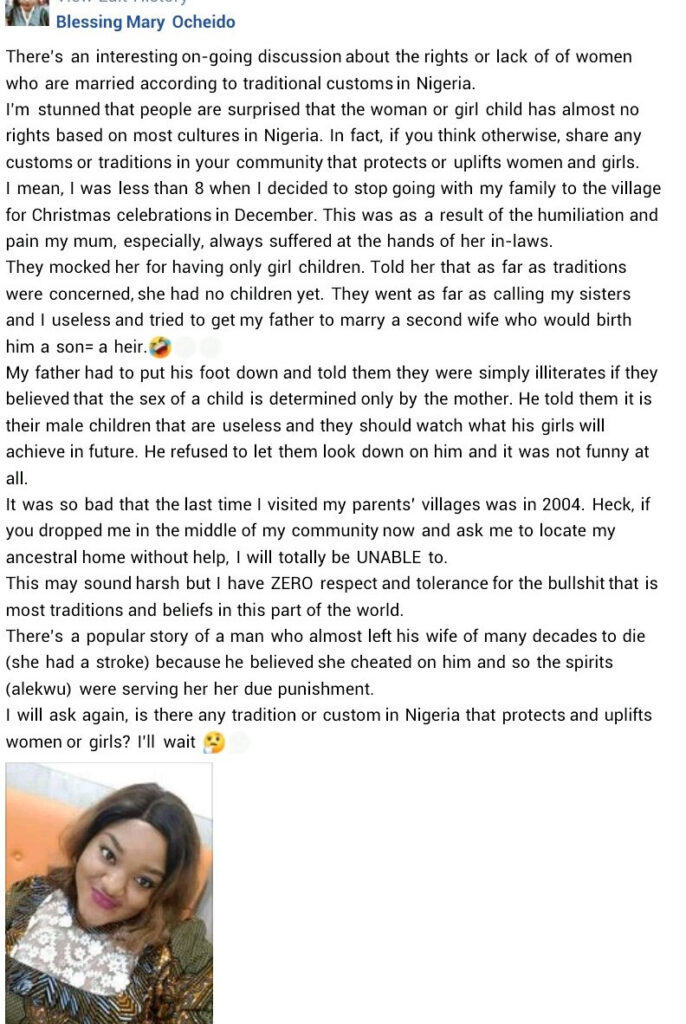