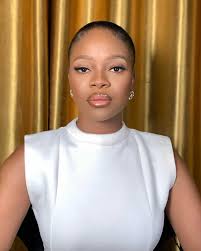 Nollywood actress, Zainab Balogun -Uwachukwu has opened up on how she battled and by God’s intervention overcame a stage four endometriosis and heavy periods.

Speaking with her followers on her Instagram page during a live session, the beautiful and happily married actress, encouraged women in pain to look for solutions and not just accept their situation.

The TV girl narrated how she always suffered from excruciating period pains from age 12, and a TVS scan revealed two twisted ovarian cysts on both her ovaries last year, making her go for surgery. 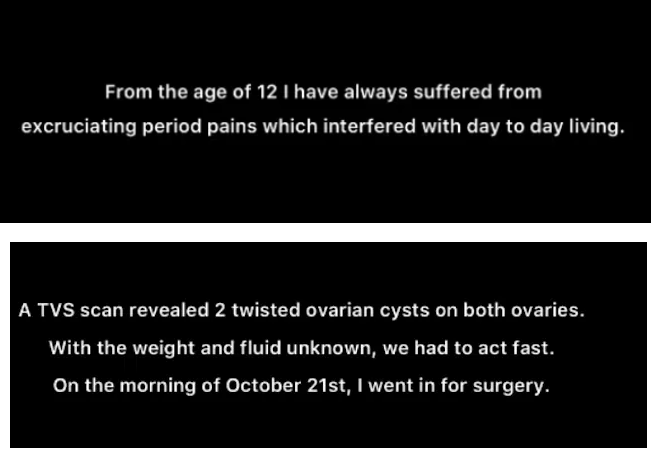 However, after the cysts were removed however, she was diagnosed with stage 4 endometriosis and it was so aggressive that she had to get an implant after surgery. 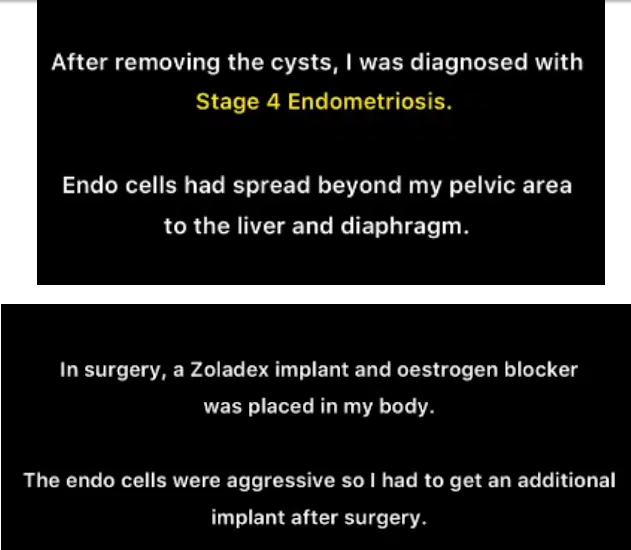 ALSO SEE: Media Girl, Zainab Balogun Shares Health Advice After She Had To Have Surgery Unexpectedly

“Life Update: Surgery & What’s been going on… Sometime in August 2020, God said “Zainab, I am with you” in a room and country that I wasn’t physically in. When I was told I thought “aww that’s nice” but little did I know what he meant.

I recorded this clip back in April. It was so hard to do because I couldn’t articulate very well. It’s chopped up to make some sense because my mind was working against my speech.

Yesterday marked a year since my world was rocked and not in a fun way.
I’ve always had extremely severe periods and pains. I’m talking passing out in strange places, weeks off work/school and overdosing on painkillers daily type of trauma. This was the norm since i was a teenager.

Last year I had a cycle that saw 4 periods in 2 months. I searched long for a gynaecologist that I could trust and feel comfortable with. I found this in the AMAZING Dr Kemi DaSilva-Ibru of @thebreastandgynae. Listen, I can’t commend her enough!

Following a few scans, we discovered 2 torsion “twisted” cysts on both my ovaries which needed to be removed quickly. She recommend the PHENOMENAL Dr John Ojukwu of AVLSC who performed my procedure.

After tackling the cysts he discovered mid surgery that I had Stage 4 Endometriosis; a widespread of endo cells and tissue growing outside of my uterus on my diaphragm and liver. After twenty something years of pain, we had a root!

Treatment started immediately with 2 rounds of Zoladex implants to breakdown the adhesions. This left me in a state of menopause, without a period and with many side effects that were hard to deal with. They say Endo has no cure and symptoms can only be managed but I laugh knowing different.

I have danced with what to say and how to say it but ultimately I want people to understand that there is nothing normal about sever period pains or hormone imbalances that affect the quality of your life.

It’s not ok! It should not be ignored! I want to encourage someone in pain to look for answers. I hope to share my journey, raise awareness and learn from women who have a similar story to tell.

I am riding the wave with the best family/friends. God really did kept that promise to be with me after all.”

In May 2018 Balogun married Dikko Nwachukwu, founder of Jetwest Airways. The pair were traditionally married on 13 May in Lagos, Nigeria. 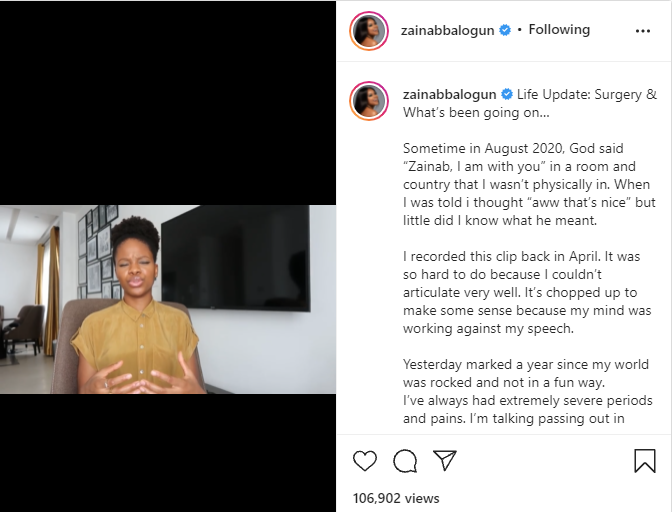