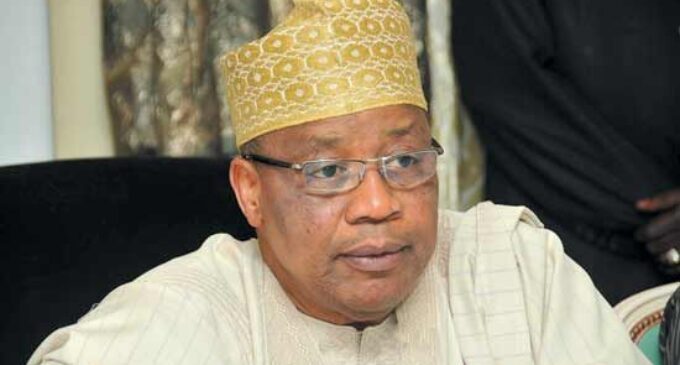 Retired Nigerian Army general and politician, Ibrahim Badamasi Babangida (IBB) has explained why he hasn’t remarry after the death of his wife, Hajiya Maryam Babangida.

Maryam, who was Nigeria’s First Lady between 1985 and 1993, died at the University of California’s Jonsson Comprehensive Cancer Centre (JCCC) in Los Angeles, United States on December 27, 2009, at the age of 61, after battling ovarian cancer for years.

12 years after her death, 80-year-old IBB who served as military president of Nigeria from 1985 until his resignation in 1993, in an interview with Daily Trust TV, explained why he is yet to remarry.

When asked if he has remarried as claimed by some news platforms, IBB said “No” and also disclosed that he decided to honour his late “by being not a bachelor but being unmarried”.

“No, I didn’t do it, you would have known. The media still snoop around me, they should have known. I haven’t. It is a matter of choice; I decided to honour her by being not a bachelor but being unmarried.”

Speaking on the upcoming 2023 presidential election, IBB says the ideal president for Nigeria should not be as old as he is.

When asked about his choice of president in 2023, 80-year-old IBB responded saying:

“It is not who do I have in mind but who fits in. Any person who fits in within these criteria, then he is the right person as long as he is a Nigerian; he is a politician, he is not old like I am; he is very conversant with the country, he communicates, he is a very good communicator.”

He must have somebody he knows in every part of the country. It is not a tall order.

‘Who Told You Sex Is A Reward For Spending On A Woman?’ -Actor, Emeka Amakeze Tackles Nigerian Men

You could limit it to states, you could limit it to local governments even to the wards if you can but somebody such that once you hear the name, it is somebody you will say, yes, I have heard that name before either in the country or in his profession; if he is a doctor, a journalist or whatever, all areas, we have heard the name before; okay then I will make an effort to know more about him.”

ALSO READ: ‘My Generation Did A Lot Wrong’ -Ex President, Olusegun Obasanjo Charges Nigerian Youth On What To Do To Get Them Out Of Power

On whether he sees such a person among the current political office holders, he said he believes the process will take care of that.

“Within the process, of those people you mentioned now, there are people who could fit into this category and I believe the process can take care of that,”