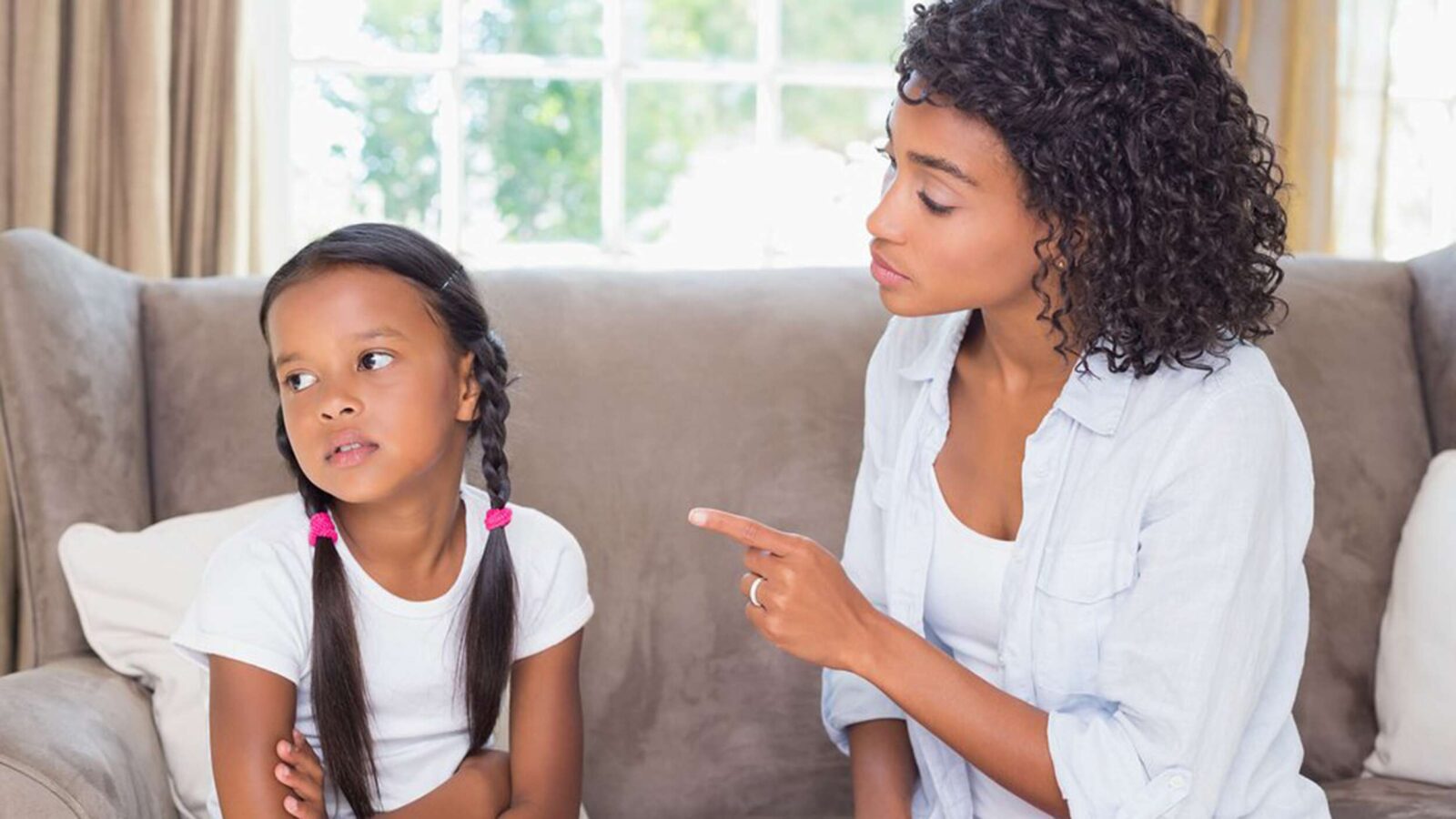 On how to handle the issue, a mother of four and a trader, Mrs Vivian Adams, told PUNCH that she would correct her child by teaching her the difference between being smart and disrespectful.

“Swearing, sarcasm, rudeness, and gossips are disrespectful and express ugly behaviours. Who do our children copy in the way they speak? The first thing that we must do as parents is to lead by example.

My children know that they can’t say certain things in the house. They will say mummy will be angry when she hears me say such a thing. We need to be deliberate in the way we act before our children because the things they hear us say have a powerful influence on them.

I talk with my children when I hear them say certain things and they must never repeat such things again.’’

According to her, setting basic rules for respectful communication is important. She added,

“Discuss these issues at family meetings; talk about respectful words and actions. Set specific rules for how family members are to speak to one another. State the rule in the positive. We use respectful words, tone, and gestures. We used indoor voices.

We speak clearly without muttering. Post the rules where every family member can see them. Refer to the rules when necessary. Once the rules are written, be consistent in what you expect and enforce them.’’

A private school teacher, Mrs Folasade Ojo, blamed the issue of disrespect on social media, urging parents to go the extra mile in handling their children.

“There is a way the culture is being shaped to accept the fact that smart children are always rude. Naturally, children are sharp-mouthed especially the smart ones.

A parent should guide them when they say a rude thing or talk nastily to their mates or elderly people. But the bad thing these days is that you see such children going viral on social media.

So, rather than correct them when they see such wrong things, people record their actions and post them on social media for them to trend.

I am a teacher. If my children say nasty things, I am quick to tell them the meanings, and effect of such statements. Also, I teach them the Bible. If there’s a need, I spank them for them to sit up. I can’t afford to raise undisciplined children.”

Also, a father of two, Mr. Monsuru Adebayo, said one needed to be patient with children in order not kill their self-esteem. He said,

“It depends on the age of the child but I think it is better to handle such when the child is still young. Little children till age seven talk out of innocence. They don’t even know the effect of what they are saying.

I remember my five-year-old daughter once saw a woman on hijab and said daddy, “see ojuju Calabar.’ I corrected her instantly and told her to apologise to the woman and she did.’’

Adebayo said when they got home, he spoke with his daughter and explained why the woman dressed the way she did. He added,

“I showed her some other pictures on my phone. I asked her, ‘would you like someone to speak to you like that?’ The golden rule applies to language too. She got the message and didn’t lose her confidence.”

A customer care officer at a telecoms firm, Mrs Gladys Okoro, said that it was okay to beat a sharp-tongued child if doing so would correct the child. She said,

“I didn’t use to beat my son whenever he says anything nasty.  I would just tell him not to say that again especially when it’s to outsiders. I didn‘t know that I was indulging the four-year-old until the day he was angry because he wanted to show me something and I didn‘t give him attention early enough.

I was shocked when my son called me a ‘stupid woman’; I was startled for the first few seconds then I landed him a good slap on his face.

After he cried, I told him never to call anybody stupid again let alone elderly person. That was the last time he ever called anyone stupid. I had learned to be quick in correcting him; he is a sharp boy, so I need to be smart in dealing with him.”

A psychologist and mother of two, Feyisayo Chukwuma, said it was important for parents to set boundaries and explicitly explain them to their children. She said,

Nigerian Men On Why They Will Never Try Vasectomy: ‘It’s The Duty Of My Wife To Make Sure She Doesn’t Get Pregnant’

“If you’ve set boundaries to your child, but allowed him or her to cross those boundaries without consequence, the child would get mixed messages.

Your words told the child boundaries but your actions do not correlate with those boundaries. Make sure your words match what you say.’’

An Ilorin, Kwara State-based lawyer, Ayobami Paul, also said most children picked things from the TV and would want to replicate them in practice.

He said if kids exhibited unruly acts one might be tempted to react to them, noting that if one did, they could lose self-esteem and feel inferior to the children they saw on TV and nursed hatred for their parents. Paul said,

“They sometimes get really angry and they say horrible things ‘I hate you.’ My daughter told me that one day. When a child says that to you, you listen, nod and let them keep on venting.

Allow them to have a verbal tantrum as long as it within your home. When the child is calm, talk to them, try to find out why they said those things.

Many times children can’t express why they said some things. They just felt emotion, anger, disappointment. They don’t understand the effect of the things they say.”

“Children are maturing and responding to the need for independence. Developmentally, the child moves from speaking literal to figurative language. To feel ‘smart’, children will often put down others with derogatory remarks and cutting comments. Expect the best.

Expectations play a major role in how family members communicate with one another. If mum and dad are respect others, chances are the children will be too. You have to watch what you say in their presence.

Also, Even if your children are generally polite, rude language can creep into their word bank. Ignoring it won’t help. They begin to feel it is okay for them to say anything if their parents don’t correct them.’’

Oluseyi said it’s wrong for parents to ignore the kids when they make derogatory statements to anybody.