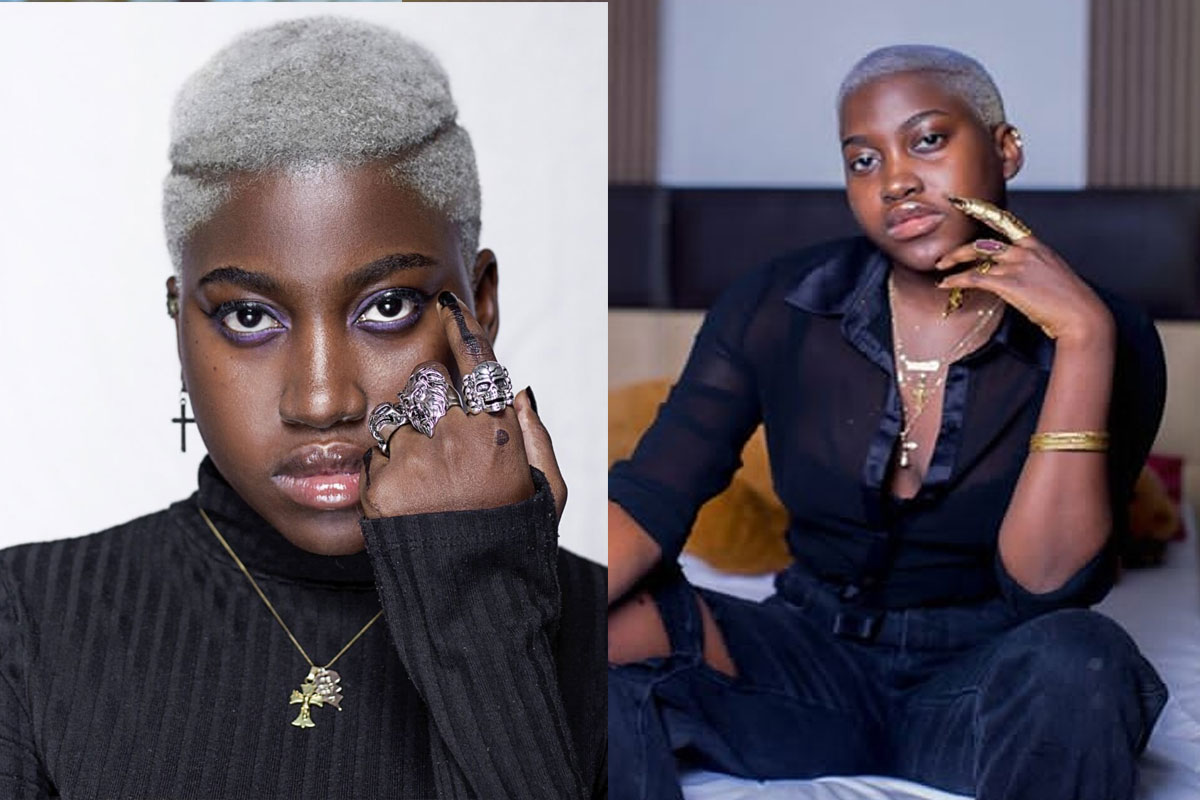 Nigerian singer, Temmie Ovwasa, popularly known as YBNL Princess, has narrated how she was sexually abused as a child by her stepfather.

In a series of Twitter threads, the eccentric singer said her stepfather had canal knowledge of her from age 11 until she turned 17.

The entertainer disclosed that she has always wanted to tell the story for a long time, but has been waiting for her mother, who is a pastor, to die because she didn’t want her to bear the shame.

According to Temmie, her stepfather shared details of the abuses in a dairy which her mother found but didn’t take it serious and still stayed in the marriage.

The singer stated that she loves her but further disclosed that she can’t trust her.

In addition, Temmie said she won’t be attending her mother’s funeral, adding that she doesn’t hate her because the system gives women like her nothing.

Below is her full story and it is really sad…

“In the spirit of exposing my step father as a sexual predator, I want to state this very clear , I do not believe in the justice system so if you’ve hurt me sexually, watch your backs, I’m not afraid of blood

I’ve always wanted to tell this story but I’ve been waiting for my Mother to die because I didn’t want her to bear the shame of it but it’s 2022 angels, and in the spirit of releasing my new project where I talk about some of my experiences, I’ll be sharing this to start off.

I was sexually abused by my step father from age 11 to 17, he groped me, and wrote about it in his dairy which my mother found, My first experience with being called mentally unstable after sharing a story was with my mother (which is why you stupid internet trolls don’t faze me).

This started a cycle in my life, of people calling me mentally unstable, mad, depressed because I was actually, I cut myself for years, in and out of psychosis and you know the best part, Every time I had an opinion about what her husband did, My mother would say it’s psychosis.

No I’m only telling this story because I’m genuinely in a better place and I don’t want your support or pity, a lot of you fuckers are just as guilty, My mother is a pastor and she believes deep in her heart, she’s a good person, I love her to bits But I don’t trust the woman that birthed me.

She has stayed with her husband even despite the fact that I have not returned home for almost 10years.

BBNaija Star And Mom, Tega Shares On How She Found Out Her Husband Cheated On Her In Their Matrimonial Home

Oluwa Yemisi, I love you, but your other children will bury you, I will not be at your funeral.

And the reason I don’t necessarily hate her is, I know the system gives women like her nothing, she is nothing without her husband , I see women like her everyday, risking their peace for no good men, but A child is too big a price to pay for a man who isn’t shit.

Anyways, I’ve always wanted to get this off my chest, He isn’t the only person who has done shit like this to me, but the only one I still have to interact with and I refuse to let that continue. Anyone who has dealt with mental health issues knows that Nigerians are evil.

I’ve been in so many situations with people using my mental health as an excuse to hurt me, at my lowest and most psychotic I’ve seen people treat me like shit, which is why i carry myself like God, I have actually been to hell and back.

She asked me why I never confronted him if I wasn’t lying, so I did just that last year, did she believe me? Nooo Yoruba women can die for man biko.”