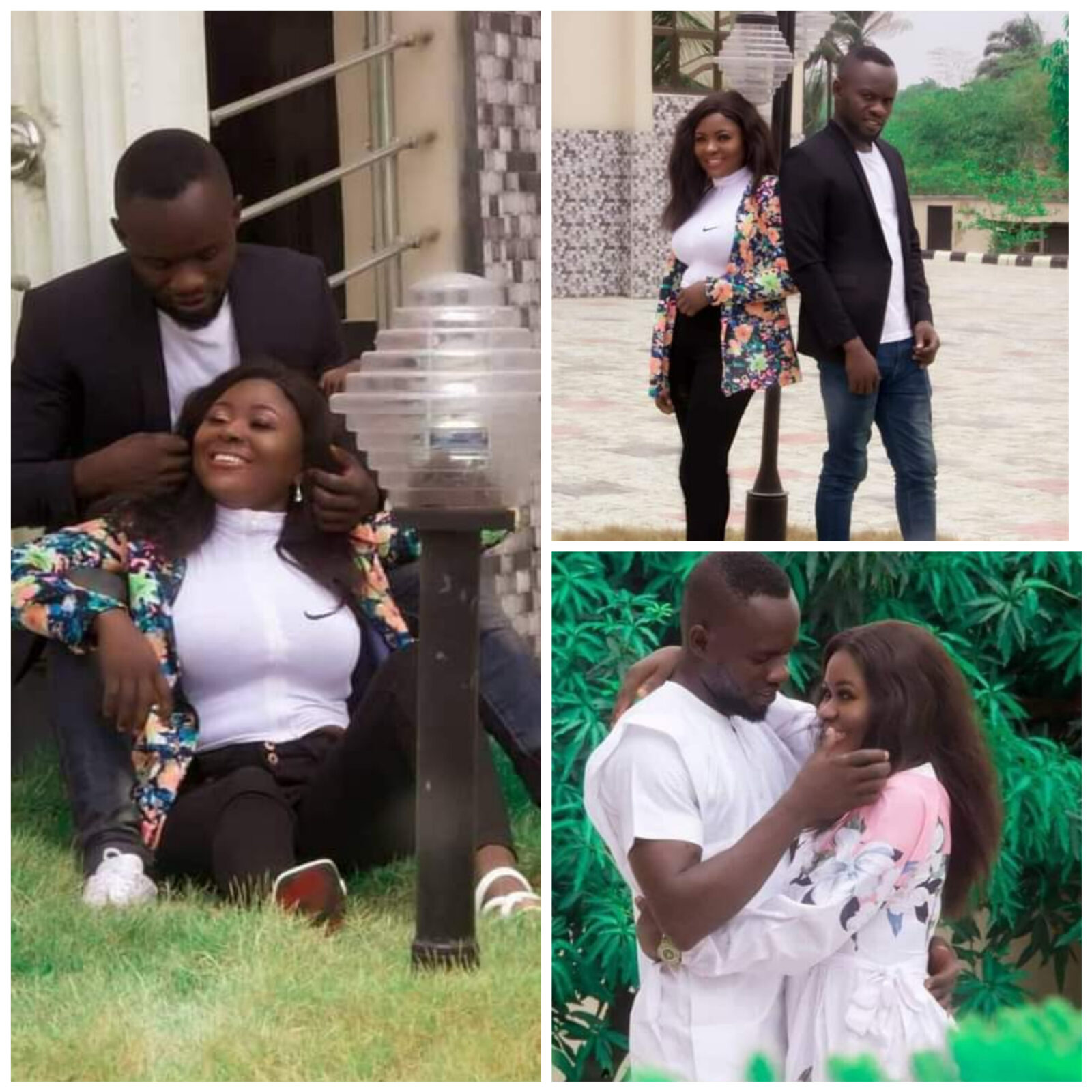 Singer, Temmie Ovwasa Calls Out Her Mom After Asking For Forgiveness For Not Believing Her When She Told Her She Was Sexually Abused By Her Stepfather

David Okike, the Nigerian man whose fiancée called off their wedding has shared his own side of the story.

Recall that Helen Ozioma Michael (Ada Uburu) from Ebonyi State, called off the church and traditional wedding ceremonies which were scheduled to hold today, Saturday, April 16, 2022, in Amenu Uburu, Ebonyi State, over alleged assault and maltreatment by her fiancé.

Ozioma alleged that he started maltreating her soon after paying her bride price, adding that she has been enduring the toxic relationship for over a year hoping he would change (Read Here).

Taking to Facebook on Friday April 15, Mr Okike denied allegations of domestic violence against Ada, who he also referred to as “Sandra Obi” , claiming he never laid hands on her all through the eight years of their relationship.

He also claimed that she had terminated three pregnancies because, according to him, she did not want to have a child outside wedlock.

According to Okike, she is currently pregnant for him and he won’t collect the dowry he paid on her until she delivers the baby.

Read his side of the story below:

“MY ABORTED MARRIAGE WITH SANDRA OBI (Ada uburu); MY STORY

Contrary to the statement my wife posted on her Facebook profile bearing Ada Uburu, which is currently trending, this is my story.

Let me first clarify that we have dated for over 8 years and she bears Ada Uburu with her official name, Michael Helen Ozioma, and another identity – Sandra Obi, which she uses to suit her purpose of identification at a particular time.

Within these years, I have never on any occasion, irrespective of the level of provocation, raised my hand on her and this is because I respect and adore her. There was no such occurrence where I raised a knife, cutlass, and or harmer on her and it was shocking to read her fabrications in that regard.

Accepted that there is no perfect relationship, I can’t deny the fact that we sometimes disagree but it never led to assault as she alleged. I make the above statements knowing that we were not leaving alone but surrounded by relatives which can as well serve as witnesses to how we lived while we were together in my house.

My mother-in-law still keeps in touch to date. This goes to prove that she is on her own and doesn’t enjoy her family’s support in the destructive line she has towed.

This is difficult for me to bring to the public domain but I am aware that he who asserts must prove and that silence sometimes means acceptance and as such, I am handicapped safe from letting the public into this issue.

I am now certain that she isn’t the woman meant for me as She is more interested in tarnishing my image and ruining my reputation after swindling me and postponing our scheduled marriage for four consecutive times.

ALSO SEE: Writer, Abel Gives Chilling Account Of How His Mom Died In Her Abusive Marriage While Their Pastor Told Her ‘This Is Part Of Marriage…’

To what gains exactly? Even after terminating three of my pregnancies without my consent. Why would a rational thinking woman keep quiet while I spend heavily on wedding arrangements when she was convinced she didn’t want the marriage to hold.

She had always maintained that she never wanted a child before wedlock, which I accepted and respected her decision because of the love I have for her. After paying her bride price in 2020, she took in and terminated the pregnancy at Federal Teaching Hospital, Abakaliki. That was the third pregnancy she terminated.

I was pained and we had some misunderstanding and it got to a stage where my mother-in-law got worried if she could still get pregnant because of her series of abortions.

Be it as it may, when we went for marriage counseling, the church decided that her condition doesn’t permit holy matrimony but rather marriage blessings, this got her unnecessarily worked up. She became hostile to me and got angry at any little provocation. It was the height of her frustration. She isn’t what I bargained for after all.

The pictures I see all over the internet are misleading and a ploy to lead the general public astray. This is someone I have supported financially even to the extent of opening a pharmaceutical and poultry business for her, facilitated her covid-19 grants which she never gave me a dime from, rather she had her way and lavished it on her extravagant lifestyle.

I thank God that she is taking this direction and I accept and respect her decision. But telling lies to play a victim, is way beyond normal and unacceptable.

Regardless of what happened, she is having my child, and the Uburu tradition and culture don’t allow that I receive the dowry I paid as she is pregnant for me at present, when she delivered my child, I will surely receive my dowry. A woman with multiple identities.