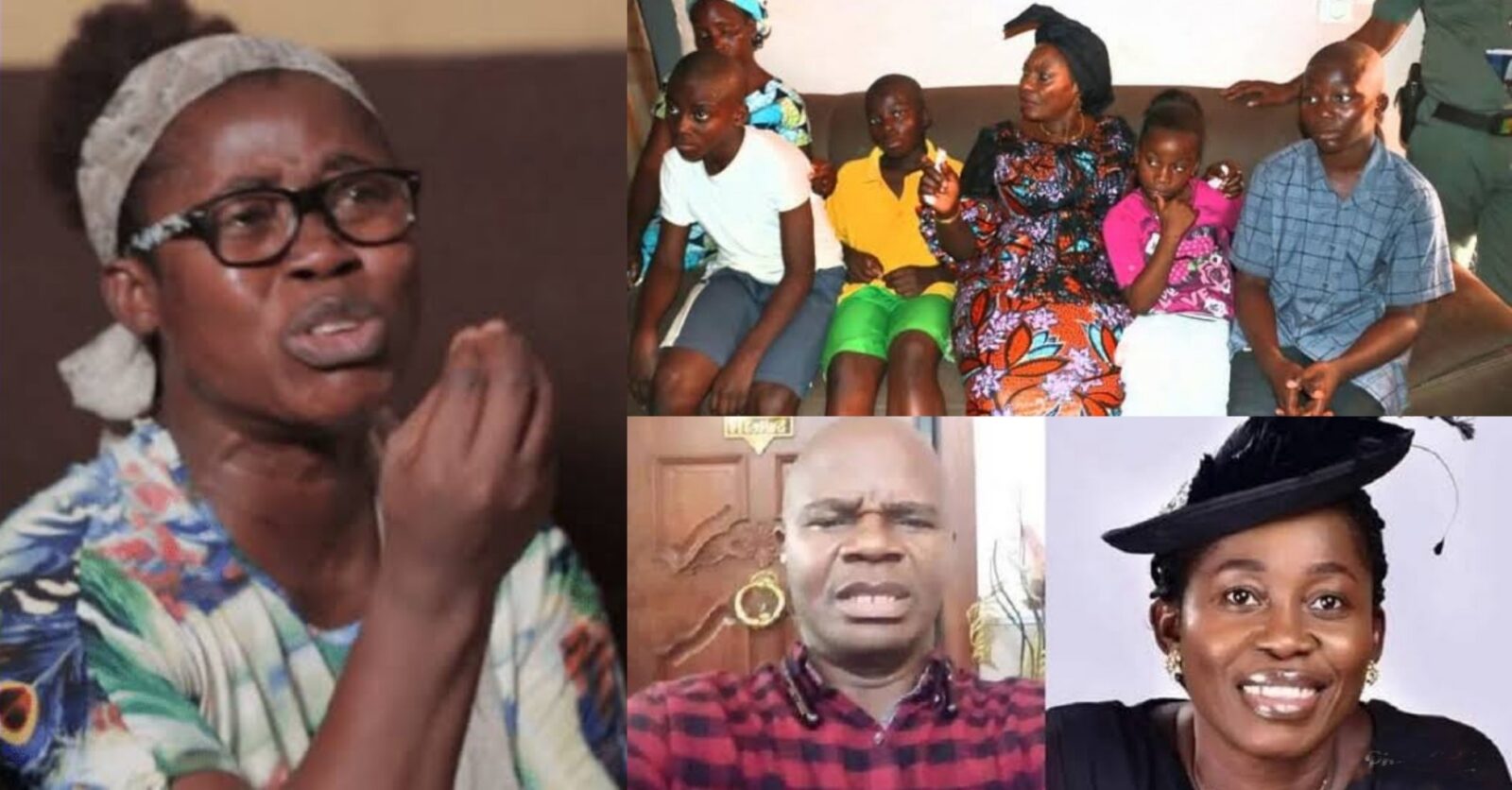 Amarachi Grace Eze, the twin sister of gospel singer, Osinachi Nwachukwu, has taken to social media to cry out for help over the welfare of the late singer’s four children.

The death of Osinachi set social media ablaze on Saturday, April 9, 2022, as controversies and outrage spread over the cause of her death. The ‘Ekwueme’ crooner was blessed with three boys and a girl before her death.

Recall that the Honourable Minister of Women Affairs, Pauline Tallen reiterated a call for justice to be served to the late gospel music singer and her family just as she called for protection and psycho-social treatment for her 4 children.

However, Amarachi revealed they are battling many challenges including their inability to pay rent and cater to the needs of the children Osinachi left behind.

According to Amarachi, the Minister of Women Affairs had written to two southeast governors to assist the late singer’s children but the government has not responded after several attempts.

Amarachi stressed the importance of the children’s welfare as they are ensuring justice is served concerning the death of her sister.

“I am Amarachi Grace Eze, late Osinachi’s twin sister. The death of my sister left me and my family heart broken. And she also left behind four kinds and she was the one helping our family. The court served us a letter that their rent expired 13th of April 2022, and they are expected to leave the house.

So far, the Honourable Minister for Women Affairs has rendered help to us. She followed up the case to see that my late sister gets justice. She has written to 2 South East governors (name withheld) and their wives but no response.

We need help desperately to take care of the four children. Yes we need justice but her children’s welfare is important. Help us please.”

Osinachi died on April 8 at the National Hospital, Abuja after being allegedly subjected to years of domestic abuse from her husband, who has now been remanded by a High Court of the Federal Capital Territory in Wuse, to the Kuje Correctional Facility, pending the hearing and determination of the homicide-related suit instituted against him by the attorney general of the federation.

Justice N.K. Nwosu-Iheme gave the order after he pleaded not guilty to 23 counts bordering on domestic violence and homicide, among others.

Following Osinachi’s death, a concerned resident invited policemen to arrest her husband. According to Vanguard, the man, who spoke in confidence, during his visit to Nwachukwu’s house in Aco Estate Abuja, said he reported Osinachi’s husband to the police because he was celebrating her death.

The man, who is married to one of Osinachi’s close friends, said Mr. Nwachukwu was arrested by the police in his house because he drew suspicion upon him when he started paying more attention to the serving snacks and drinks to people who came to mourn with him.

“When I heard that he was in the house celebrating and consoling other people, I was mad and said ‘No’ this can’t be happening. Something is amiss.

“I quickly recalled that when Osinachi’s twin sister came around last two weeks, we all went to the hospital to visit Osinachi, Peter walked his wife’s twin sister out of the ward. Even when my own wife was praying for Osinachi, he kept telling her to cut the prayer short.

“But, he is now begging (for mercy) at the police station. The man started trying to confess, because now he has said it was no longer cancer of the throat that killed his wife.”