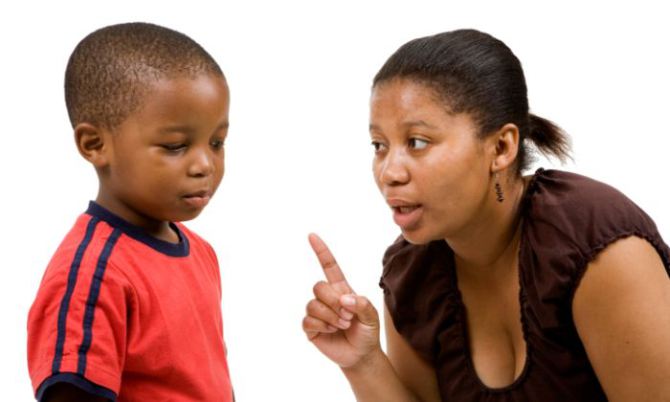 No parent will shout for joy when his or her child is fond of begging for everything, either from mates, strangers or even the concerned parent.

The question now is how can one curb this kind of habit in a child so that the parents don’t get embarrassed someday?

A parent, Mrs Veracruz Ogunde, was of the view that such a habit was bad, adding that if it was not checked early, the kid would grow with a begging mentality and eventually become a menace not only to the family but to society at large.

The mom-of-5 stated that the mother should be held responsible whenever any child exhibited such habits. She based her submission on the claim that in most cases, the mother interacted more with the children than the father.

“The begging mentality starts at home. For instance, I do not see why a child, who is not lacking anything, should be begging. It is even worse when the kid extends such attitude to strangers or outsiders.

“As a mother, when you notice that your kid has such trait, instead of giving the child what he or she is begging for, punish the child immediately.

“However, if the kid insists and whines, particularly if the child is yet to express himself or herself, know that the kid is probably hungry or there is something he or she is lacking. Try to figure that out and attend to their needs.”

Another parent, Mrs Stella Soetan, shared Ogunde’s views, saying such an act should not be condoned by parents.

Soetan explained that parents should not pamper a begging kid, noting that if the development wasn’t curtailed, the kid would grow to become a disgrace to the parents.

She stated that she usually made kids with such habits stop by singing for them in the presence of other children.

“I was in the church one day taking a soft drink and cookies and a kid ran away from her mother and came to where I was begging me to give her. I was disturbed by that behaviour.

I called her mother’s attention to it. I took permission from her mother to discipline her a little.

This kind of misdemeanour is a product of poor parental care and parents should be extremely careful of the way they bring up their kids. If they do not handle them well today, they will grow to haunt them tomorrow.”

She added that another way to discourage a kid from begging would be to ignore them when doing so.

In her contribution, Ebi Tamara, said though it was bad for kids to beg, some of them didn’t usually do so for fun.

She further said some kids took to begging due to some reasons such as lack of parental attention, exposure to domestic violence, behavioural disorders, among other reasons.

Tamara noted that in order to know the reasons for such unacceptable behaviour, there was the need to find out why some kids beg. She added:

“It is stupid. It is shameful. It is bad for kids to beg. But when you have nothing, you have to do something. This, however, underpins the reasons why some, instead of stealing because of lack and deprivation, resort to begging for survival.”

For a father-of-3, Kolawole Magbagbeola, parents should discourage their kids from begging because of some far-reaching negative implications.

He said beggarly kids were prone to many evils, saying through begging, some kids had been poisoned, initiated, abducted or killed.

“Begging is not good. Parents should do all within their powers to make sure they take care of the needs of their kids to stop them from begging.

“Parents should be extremely careful of how they look after their kids to avoid falling into any of those traps.”

To check the trend, a parent, Jonathan Uzoamaka, urged parents to discourage their kids from begging, saying kids learnt from a young age that annoying their parents into submission was one of their best weapons.

He said each time parents agreed to their kids’ pleading, they were sending messages that pestering and begging could be used to get whatever they needed.

Nigerian Crossdresser, James Brown Maintains His Stance Against His Biological Mum: “I’ve Moved Beyond Having A Mother Figure In My Life”

Parents should also stay calm as losing one’s cool reinforces to your child that she has the power to upset you. Ignoring attention-seeking behaviour is one of the best ways to stop annoying habits such as begging.

Simply turn away and don’t give your kid any attention as long as they are begging. When kids realise that their attempts to gain attention aren’t effective, they will eventually give up.”

For Nathaniel Nwakanma, a journalist, parents should not shirk their responsibility of teaching their kids healthy ways to deal with feelings and the rapacious urge to beg for everything.

He stressed that emotion regulation was an important skill that would help kids well in life, noting that an unchecked begging habit would harm both the parents and society.

He advised parents to teach their children healthy coping skills that would help them manage their feelings in a socially acceptable manner.

A sociologist, Dr. Franka Attoh, said there were many variables and factors contributing to why kids beg.

The lecturer at the University of Lagos stated that if a kid was not well provided for at home, there was a tendency that the kid would beg for survival.

She said kids would go outside to beg when their parents refused to provide for them, adding that children needed food, clothing and shelter, among others.

Attoh advised that people should not look at the symptoms but at the root causes, saying the causes would outline the depth in order to know the real cause of the kids’ habit.

“You cannot see a child that is well provided for begging. It could be as a result of deprivation, poverty and other factors. If you have not provided these basic things for your child, don’t blame that child if he or she develops the attitude of asking from those who have. That child has committed no crime.

“Have you seen kids who live in Ikoyi or Victoria Island (Lagos) leave their homes and go begging outside? You are not likely to see such. You might see a child who lives in those places stealing but not begging. These are two different things. One has to understand the concept very well.

“If you see a child begging, it is either that child is completely deprived or coming from a background where poverty is rife. It means that there is something intrinsically lacking in the life of that child.”