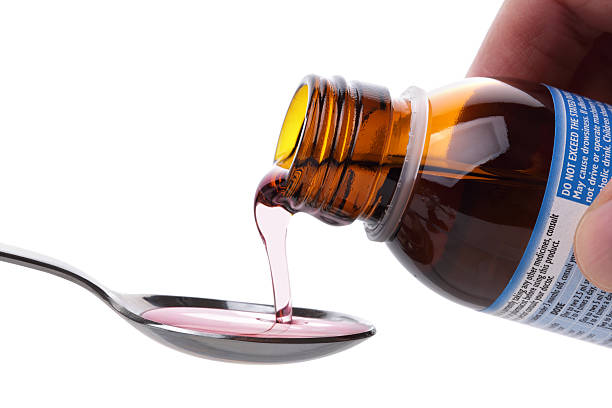 A child health specialist, Dr. Rasheedat Ibraheem, has asked parents in the habit of giving their under-five children cough and cold medicines to stop the act, noting that the medication could harm the children.

According to the paediatrician, cough medicines are not suitable for treating cough in under-five children because they often come with adverse effects in children.

Dr. Ibraheem who is a Consultant Paediatrician with the University of Ilorin Teaching Hospital, Kwara State, spoke in an exclusive interview with PUNCH HealthWise.

He stressed that under-five children cannot cough or spit out phlegm from the throat, adding that they should not be given cough medicines because they do not produce sputum when they cough. Sputum is the mucus that is coughed up from the lower airways.

According to the recommendation of the US Food and Drug Administration, children under the age of two should never be given over-the-counter cough or cold medications.

The FDA noted that many OTC cough and cold products contain multiple ingredients which can lead to accidental overdosing.

Speaking further, Dr. Ibraheem stated that cough is one of the protective reflex mechanisms of the body that is used to get rid of things in the airways.

“For children under five years of age when they cough, they cannot expel sputum. They do not have adequate force to expel sputum.

“Even if they cough and bring something up, most of the time the under-five children end up swallowing it because they cannot expectorate. They do not produce sputum.

“When a mother comes and tells me that ‘my child is three years old and she is bringing out sputum’, and I will tell her no, your child cannot bring out sputum.

“That is why no doctor can tell a mother to go and run a sputum test on a four-year-old child because he/she knows that the child does not produce sputum.”

SEE ALSO: Child Health Specialists Explain Why It Is Risky To Give Under-five Children Whole Nuts

The child care expert stated further that giving a child expectorant and suppressant cough syrups will not stop the cough, instead, it will weaken the child and worsen his health condition.

“Cough reflex is a natural protective mechanism of the body.

“There are two types of cough syrups mainly in the market. The first one is what we referred to as expectorant. That means, when you cough, you are going to bring out sputum.

“Now, giving children expectorants because you want to stop cough when they cannot produce sputum, is going to weaken them. It is going to have an adverse effect on them.

“So, when a child has a cough, the best thing is to find out what is causing that cough and treat the cause of that cough.”

Dr. Ibraheem noted that coughing in children could be a sign of chest infection, urging parents to avoid self-medication and always find out the cause whenever their children are coughing. The expert further said:

“Another disadvantage of giving children cough syrup is that when a child is coughing, it could be as a result of chest infection, maybe pneumonia.

“So, by giving cough suppressants, you are not taking care of the underlying condition; you are worsening that child’s condition.”

ALSO SEE: Researchers Warn Of The Dangers Of Use Of Antibiotics Among Kids Under Two | A Must Read

Mothers treating children with colds, she said, should concentrate on clearing the nostrils of the children to make the airways free.

According to her, mothers can use the mouth-to-nose method and suck out mucus blocking the nostrils.

She also enjoined mothers to breastfeed their babies more whenever they have a cold, adding that they should also have a thermometer at home to monitor the temperature of the children regularly.

According to a California Childcare Health Programme, cough and cold products do not work in children.

CCHP says that is the reason most physicians are against giving over-the-counter cough and cold medication to young children. CCHP added:

“Studies suggest that there is no evidence that over-the-counter cough and cold medicines are effective in making children well sooner.

“These products only treat the symptoms of the common cold. Cold symptoms include runny nose, sore throat, coughing or sneezing, watery eyes, chills, and fever.”

California Childcare Health Programme is a community-based programme of the University of California, USA.

“As a protective reflex, cough facilitates mucociliary function, helping to clear excessive secretions and debris from the airways”.