The Uxbridge Magistrate Court in London has denied bail to former Senate President, Senator Ike Ekweremadu, and his wife, Beatrice over claims that they trafficked a 15-year-old boy from Lagos to the UK with the intent to harvest his organ.

Reports from Arise TV revealed that the prosecutors at the court yesterday afternoon said the Ekweremadus were being charged for bringing the 15-year-old boy from Nigeria to the UK with the claim that he was to be given a better life in the UK but was actually to harvest his organ.

The prosecutors told the court that the former Senate President procured a passport for the boy and claimed he was 21 years old but they discovered that he was 15 years old. 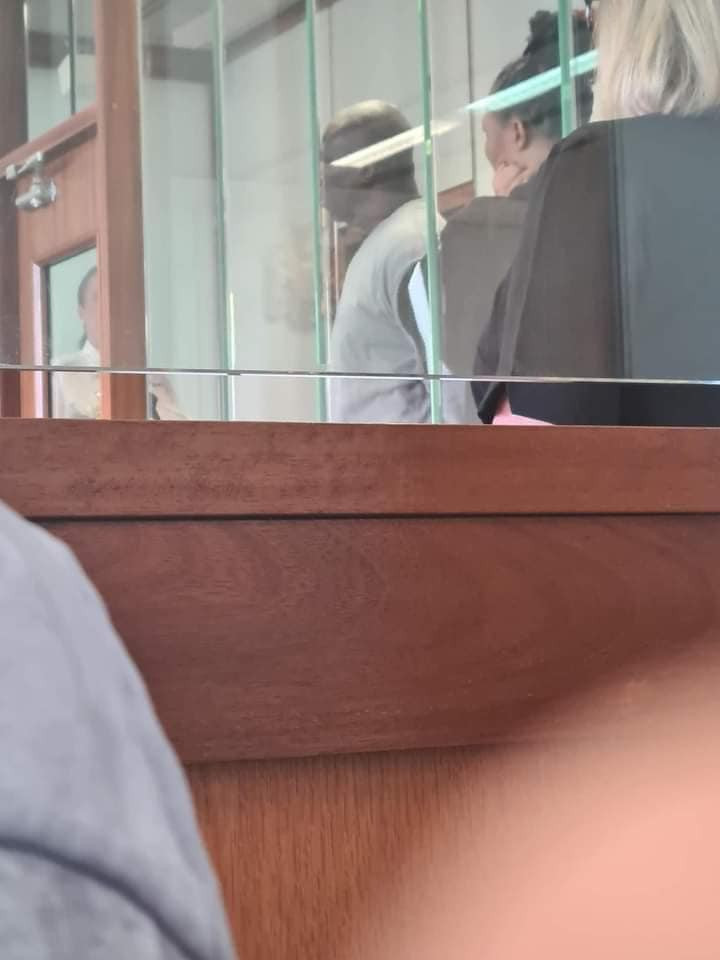 Ekweremadu and his wife had separate legal representatives and prayed the court to release them on bail but their prayers were however dismissed by the Magistrate. The couple has surrendered their passports to the UK government.

Shortly after the arraignment, it’s been revealed that Ekweremadu wrote a letter to the British high commission about a kidney donation for his daughter.

In the letter, the former deputy senate president said he was writing in support of a visa applicant who was scheduled for “medical investigations for a kidney donation to Ms Sonia Ekweremadu”.

He said the donor and his daughter “will be at the Royal Free Hospital London”, adding that he would “be providing the necessary funding”.

Below is a copy of the letter… 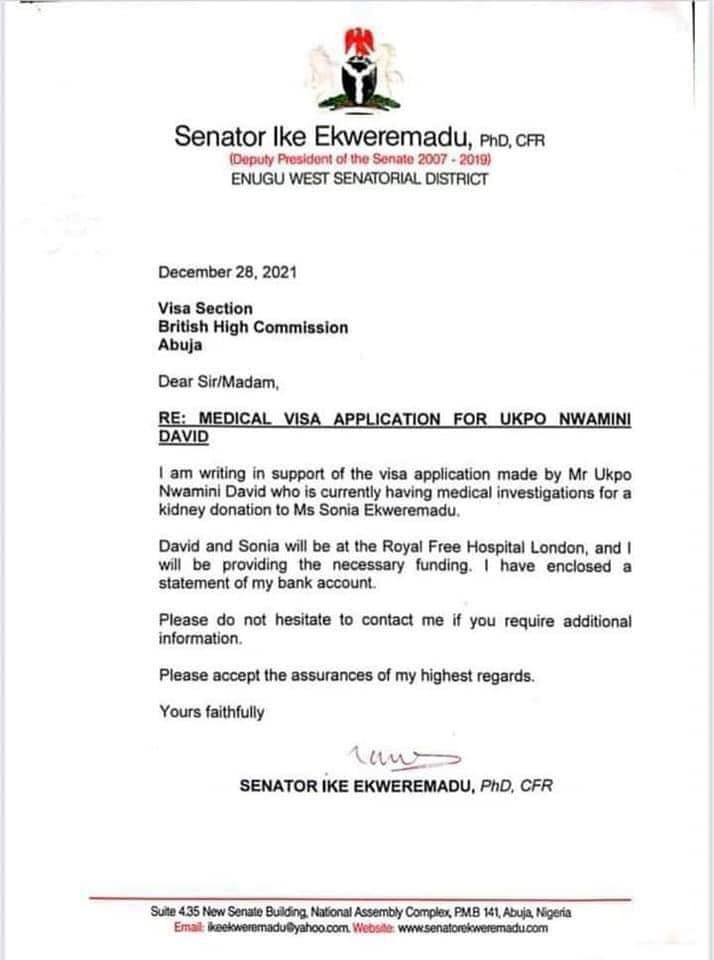 According to Arise, the red flag was raised after the boy truthfully disclosed his age, 15, to the doctors at the Royal Free hospital in the UK.

The doctors canceled the procedure and the boy was immediately taken into the custody of the family who according to the prosecutors treated him like a slave until he escaped and found his way to the police where an investigation started, leading to the arrest of the couple.

Arise news reports that according to the prosecutors, the Ekweremadus found the boy off the streets in Lagos, he was homeless and they brought him to the UK under the pretense of offering him a better life. The defense however says there is far more than meets the eye regarding the case.

After much deliberation, the Magistrate ordered their remand in custody till July 7 for the next hearing on the case.