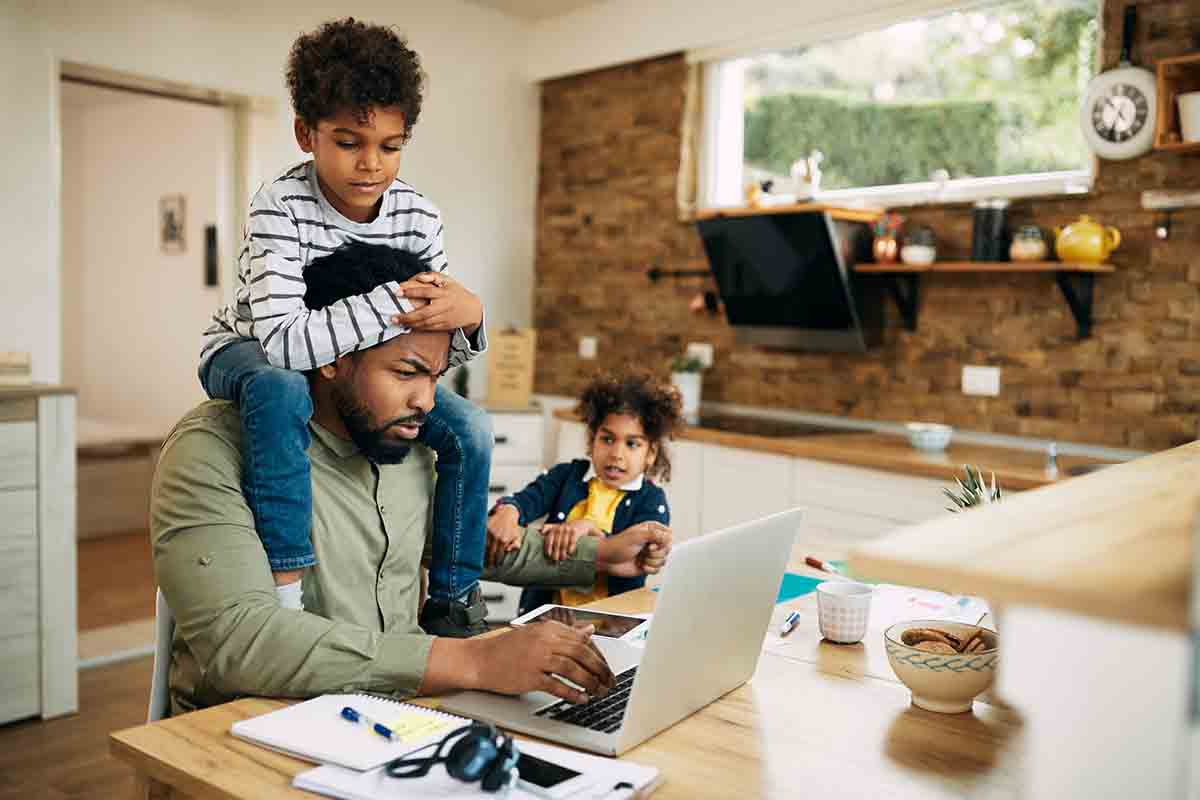 It’s normal for children to need attention and approval, and it’s equally appropriate for parents to give them the attention they want. They don’t need to beg before getting it.

Sometimes children learn that the easiest way to get mom and dad to focus on them is to provoke them by misbehaving, which can be hard to break for the whole family.

A 3-year-old appears happy to have a new little one in the house, but the sudden increase in temper tantrums tells a different story. A 10-year-old feels resentful of her older sister’s academic success and the praise she receives for it and begins misbehaving, slamming doors, and screaming at her parents.

However, parents must not be harsh on them to tackle this attitude.

Commenting on the issue, a mother, Mrs. Ibukunoluwa Falebita, advised parents to engage their children with things to play with to reduce attachment.

“For such a child, know what he or she likes to do if there is a particular animated movie or storybook he or she likes, get it to keep them busy so they don’t distract or disturb you.

Parents at their leisure time can ask the disturbing child to summarise what he or she learnt. They can go through the book with them again.

Ask them if they are facing any difficulty in school. When you give a child attention, they will open up to you. If you don’t give them attention, you won’t know the child well or know what they are up to.”

“Parents should not give maximum attention to such a child. Sometimes, they should leave them intentionally so that whenever they are not around, or they are busy with something else, they will learn how to be independent.

“My daughter loves attention a lot. I leave her alone sometimes or I let people carry her. She will cry, but I won’t mind her because there would be times she would have to be alone when I’m busy and I don’t want her to disturb me. It won’t be strange to her.”

Oladosu further said it was important to let them know how to be independent when they grow up. She added,

“They will be able to mingle with people when they grow up. They should not cling to their parents every time. As time goes on, they will have to go to school, socialise with people.”

Also, a father, Mr. Segun Praise, said that it was the responsibility of parents to give their children attention. He said,

“The child may want them to be more attentive to him or her because they probably don’t know what he or she faces in school. Parents should focus on such children. They should notice any slight changes in them.”

He advised parents to humble themselves by always listening to their children and communicating more with them.

“Children always have things to say. When their parents are attentive, they will tell them things that are going on with them. But if the child is too demanding, then he should be disciplined. Giving a child attention does not mean you should over pamper him or her, you are destroying that child. Give the needed attention to a child.”

On her part, a parent, Mrs. Bamidele Kikelomo, pointed out that parents should know their children very well. In her words:

“The first thing for parents to do is to know that children who seek attention are inquisitive and intelligent. They always want to know about almost everything. Parents should not tell those kinds of children to keep quiet. But they should endeavour to pay more attention to them before they ask.

“When handling such children, they should be calm and gentle in their responses in order not to turn off the children. They should let their children know that they honestly care about them through their actions.”

Mrs. Kikelomo noted that children seeking attention have something to say. She added,

“Children that seek attention may not express themselves in a way you expect. Sometimes they might behave like they don’t want you around them. It might signify that they need your support more than ever.”

In 2021? Nigerians Express Outrage After A School Listed Different Club Activities For Students Based On Gender

Also, a child psychologist, Prof. Queendoleen Obinaju, said that parents should look out for attention-seeking symptoms in their children. She said,

“Parents should rather look at the symptoms first. If they know the symptoms, then they will know how to attend to them. There are children who break things in the house purposely and pretend that it is a mistake. The best thing to do is give that child attention.

Attention does not necessarily mean pampering or putting the child on your lap or carrying the child every time. Attention may be in the form of calling that child and sending the child on errands. By doing this, the child might feel like he or she is the perfect child in the house.

According to her, an attention-seeking child can throw a tantrum by tearing his or her books, refusing to do assignments purposely, or refusing to do house chores, believing that after all other children get attention, not him or her. She noted:

Appreciate the child’s efforts and give the child assignments. Let the child complete the assignment, talk nicely to the child, and let him or her be around you always.

It also depends on the child’s age, for example, a 2-year-old child or a toddler can seek attention because the mother has given birth to another child. The display of attention-seeking may not be the same as that of a 7-year-old or a 9-year-old.

For a two-or three-year-old toddler, he may want the mother to carry him or her while the mother is carrying the other baby. What the child may do is cry so much to the extreme that he or she may sit on the floor and start rolling on the floor.

Besides, another child psychologist, Prof. Grace Adejuwon, said that toddlers should be given maximum attention. Adejuwon stated,

“When a child needs attention, the child should be given attention and usually it doesn’t take a long time. They just want to be cuddled, and within two minutes, the child may return to play.

“Any mother or caregiver should not deny children attention. If the child wants to be carried, so be it. If the child is a toddler, he or she may just want to feel the mother. I don’t think it should be a burden to any parent.”