Celebrity mum, Uchenna Nnanna -Maduka she penned an advice to the single ladies out there who still believe sex can keep a man.

According to the Nollywood star actress, sex alone cannot keep a man. The Abia State-born filmmaker further stated that there are better ways to have a successful marriage/relationship which includes bringing something to the table, being a good adviser, moderate spender and good planner.

“What keeps marriage is for you to do your part, make sure you’re bringing something to the table. You should be a good adviser, a good planner, and a good spender.

Don’t lavish the little your husband is bringing. And apart from that, God is the only one who keeps marriage. Also try to still look beautiful for your man. Exercise. I don’t joke with exercise.

I advise young girls not to wait till they get married and start having children before they’ll start doing exercise. I started exercising over 20 years ago, that’s what has kept me going.”

SEE ALSO: Uchenna Nnanna Shares The Secrets Of Her Happy Marriage And Why Her Husband Will Never Cheat On Her

Speaking on the greatest sacrifice she had made for her career, the AMVCA winner narrated how she had to battle between her movie shoot and her son’s health. 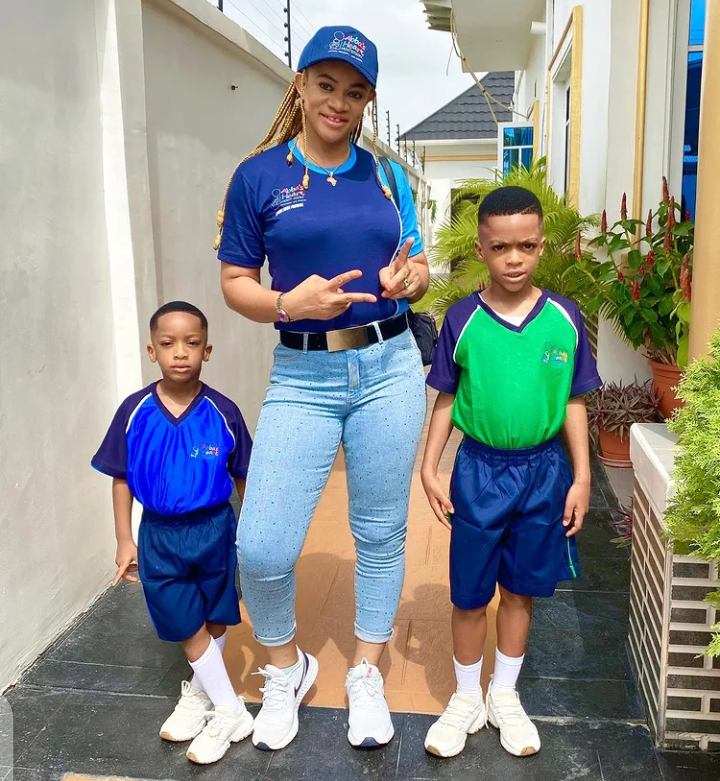 “When I produced my movie, The Plot, I didn’t even count that movie. How did I forget The Plot? When I shot The Plot, it was crazy; the challenges were so much that my second son was ill. I’d come back from some locations late at 11pm and would be awake cleaning him up because of some fever till daybreak.

Sometimes, I’d have to take him to the hospital by 5am or 6am to get injection, and then I’d come back home and keep him with my elder sister and nanny. And then, I would get back to work.

At a point, it was so bad that I wanted to turn off the shoot, but my spiritual father, Father Leo said ‘Uche, you can’t do that. Run to the hospital, I’m here praying for you. If you stay at home, nothing will change. So, go back to work, you have capable hands at home to take care of him’.”