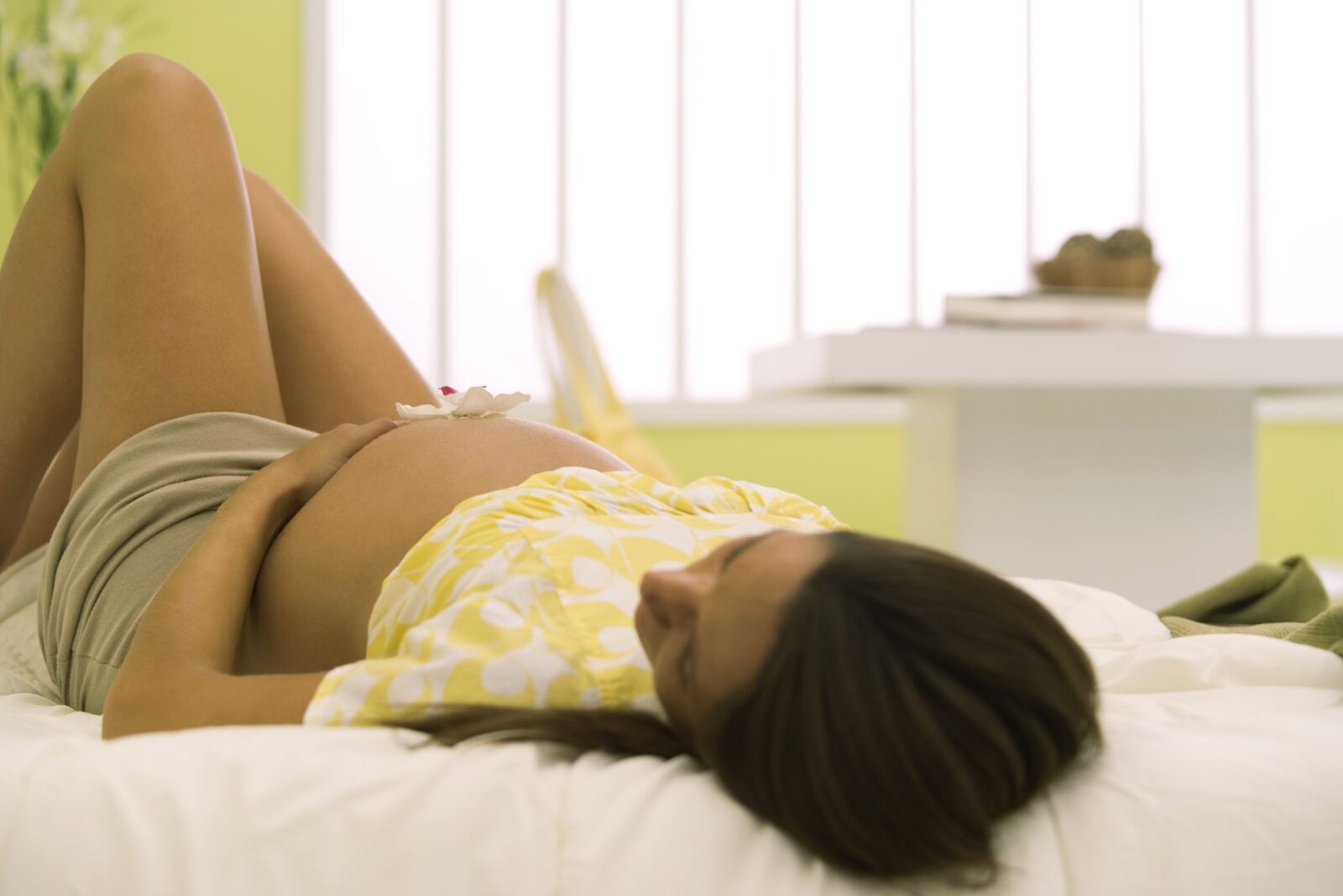 Maternal health experts have cautioned pregnant women against sleeping on their backs after the first trimester.

The experts noted that such a sleeping position could collapse the veins supplying blood to the vital organs of the body and have adverse effects on the woman.

The experts pointed out that the ideal sleeping position for pregnant women during the second and third trimesters is the left side to avoid the weight of the womb and the baby pressing on the blood vessels.

Speaking in an exclusive interview with PUNCH Healthwise, an Associate Professor and Consultant Obstetrician and Gynaecologist at the University of Nigeria Teaching Hospital, Ituku/Ozalla, Enugu State, Dr. Uche Agu, said it was important for women to avoid sleeping facing up.

This, he said, was because the woman might be having a fainting attack owing to the collapse of major veins supplying blood to the heart and brain.

Now, the vein that returns blood to the heart and the brain is just already lined on that spine while the artery is also beside it.

When a woman is pregnant, the womb is enlarged and because of the size of the womb, if the woman lies on her back, that womb presses on those blood vessels.

And the one it can press more is the vein and the vein can collapse. The vein is collapsible, particularly the one that returns blood to the brain and the heart. That one can collapse easily.”

Continuing, Agu said poor blood supply to the heart and brain makes the woman dizzy, and sweaty and could make her feel like vomiting. He explained further:

“If it is the artery, the artery can still pump. But if the womb rests on the major vein that pumps blood to the heart and brain, it can collapse and if it collapses, there will be reduced blood to the brain and heart.

And the woman will be having a fainting attack. She will be feeling dizzy and sweaty. The woman might vomit and she may even die if she stays in that position for a long time.

If a pregnant woman lies on her back for a long time, like for some minutes, she will start sweating, feeling dizzy because the blood supply to the brain has been reduced.

This is because that womb is pressing on that major vein, collapsing it and forcing the blood to return to the heart and the brain.

When blood returns to the heart, the heart pumps it to the lungs and the lungs now pump it to the brain. The blood returning is reduced drastically and that is what makes the woman feel like that. And if that position persists, it can cause death.”

The maternal health specialist, however, said such a sleeping position might not persist because the woman would turn immediately.

He noted that the sleeping position of a pregnant woman doesn’t affect the child but only the woman. But Agu also said that the collapsing of the vein is not a permanent thing.

According to him, the ideal sleeping position for a pregnant woman is the left side. The gynaecologist noted,

“We prefer the woman sleeps on the left side. We call it the left lateral position. This is to take the pressure off the veins.

If the woman sleeps on her back, that womb will press on the blood vessels but if she sleeps on the left side, the pressure is off the vessels. She can sleep on the right side too but that right side may not be very ideal. But she can sleep on either side.

What we don’t want is sleeping facing up. It is a very uncomfortable position.”

Agu urged pregnant women in their second and third trimesters to avoid sleeping facing up.

Collaborating Agu’s position is another Consultant Obstetrician and Gynaecologist, Dr. Philips Ekpe who said the sleeping position in pregnancy might be ignored in the first trimester but not during the second and third trimesters when the womb and the baby had increased in size.

Ekpe, a former Secretary-General of the Nigerian Medical Association, said,

“The average weight of a baby is 2. 5kg to about 4kg. So in the first trimester, the pregnancy is not that heavy. But by the second and third trimesters, the pregnancy becomes heavy.

Now, the veins that supply blood to the vital organs like the brain, heart, kidneys, lungs, liver, and the baby itself are usually lying on top of the spine.

If the woman lies on her back, the uterus itself with the baby lying inside is now like a weight that will compress the blood vessels and prevent blood supply to those vital organs and even to the baby which can lead to the collapse of those veins. To prevent that, they should lie on their side.”

SEE ALSO: The Best Sleeping Positions For You & Your Baby During Pregnancy

According to an online portal, MedicalNewsToday, many women find themselves wondering how best to sleep when pregnant.

“Sleep issues are common during pregnancy, especially in the third trimester, when finding a comfortable sleeping position can be challenging.

Some pregnant women may also worry that certain body positions might affect their health or that of the foetus. As a woman reaches the second and third trimesters, it is ideal to sleep on the left side.