Popular Nigerian OAP and entrepreneur, Toke Makinwa has taken to Instagram to recall the time she found out her ex-husband, Maje Ayida was cheating on her and how he reacted to it.

The vlogger and author explained that after she caught him cheating, her ex told her that she is the wife and the other woman is only a girlfriend, then asked Toke to act appropriately.

After the incident, Toke said she let him continue cheating in peace as long as she was his “number 1”.

Laughing at herself as she recalled the incident, the media personality wrote:

“This life is just cruise. The things we laugh about today. That one time I caught my ex cheating on me, he said I was the wife and she’s only a girlfriend and I should act accordingly. I let him continue to cheat in peace as long as I was number 1 * laughing emoji*”

READ ALSO: Maje Ayida Spills On His Failed Marriage To Toke Makinwa & The Lessons Learned During The Darkest Moments 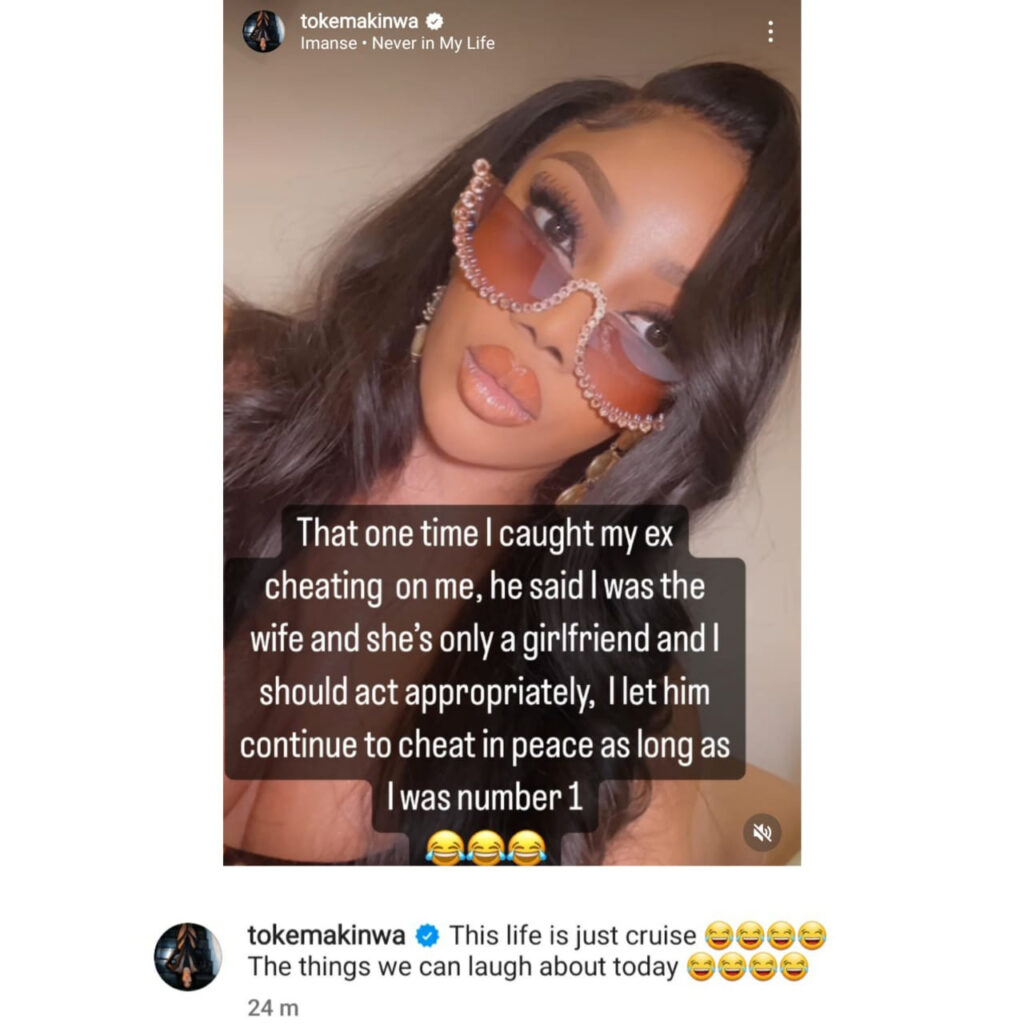 Iyabo Ojo’s Daughter, Priscilla Opens Up On The Moment She Felt Embarrassed By Her Mum’s Actions On TV

Toke was married to professional fitness coach and mental health advocate, Maje Ayida. They got married on 15th January 2014 after dating for about six years. They however separated on 8th November 2015 after he got his girlfriend pregnant and they welcomed a son together. Their divorce was finalised in October 2017.