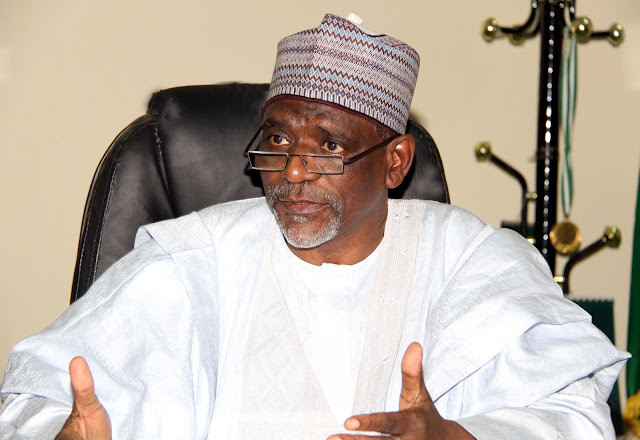 The federal government has directed the Nigerian Educational Research and Development Council (NERDC) to exclude sex education from the basic education curriculum.

The Minister of Education, Malam Adamu Adamu, said this while speaking at the Ministerial Session of the 66th National Council on Education (NCE) meeting in Abuja just of recent.

Adamu adamu said immediately he saw Sex Education in the curriculum, he called the attention of the NERDC Executive Secretary to see that it was expunged.

According to him, sex education should be left in the hands of parents and religious institutions and not to be taught in schools in a manner that would further corrupt little children who are already having access to phones and technologies.

He emphasised that Nigeria was a religious country and as such the morals and values taught in the Church and Mosque in addition to efforts of the parents were enough to bring up a child with solid character.

“While I accompanied the President on his recent trip to the New York, one highly placed government official called my attention to certain materials on sex education being used in schools, and I almost collapsed because I never expected that.

I am one of those persons who believe that sex education should not be taught in our schools. Rather, such knowledge and experience should shared through other means that are known to man.

For me, there are three ways through which sex education could profitably be impacted on adults. First is instinctual. Instinct will be the first teacher for you as regards sex and several other things when the time comes.

Then the third way is through the religious and cultural instructions. From all indications, the increasing advocacy for sex education in schools is targeted at undermining and destroying the moral and religious fiber of our society. Regrettably, it’s being promoted through the social media and other forms of westernization.

Many Nigerians seem to believe that all that comes from the western world is the best because they have advanced in technology. Even the technology is not totally good. The only thing technology does to our lives is speed. It doesn’t make one a better person or something else.

We don’t have any thing better than the religious beliefs and values we have in Nigeria, and we all love our religions.

Unfortunately, religion has been misinterpreted and we have allowed it to reshape our lives negatively. We can’t afford to loose our religious values, otherwise, we would loose everything and doom would beckon.”

ALSO SEE: Aliyu Jalal Writes On Why The Northern Nigerian Girl Is Mostly In Need Of Sex Education

Below are reactions from Nigerians…

The North can choose to have sex education banned in their schools but it must not apply to the whole country. They banned alcohol in the North and nobody said a thing but I am sure it would have been different if they wanted the alcohol ban to affect the whole country. If they want to go back to middle ages it is up to them, let them just leave the rest of the country alone.

I used to have a Northern Muslim girlfriend who once told me that in the North girls as young as 6 and 8 gets fingered by the mother when bathing in order to get them ready for marriage. I was shocked when I heard that and I wonder what can be more immoral than that.

When you make aboki minister of education what do you expect. There has been research to prove that greater sex education correlates with decrease in teenage pregnancy, diseases and kids are less prone to make mistakes that can cost them their future.

A minister to open mouth and say this, you deserve to be flogged out of that office.

Y’all mean to keep people in the dark, we are already living in a lot of Ignorance. Look, your office is not about your opinion but about a function. Your opinion in a public office is subjective and therefore a fallacy in my opinion.

You want to preach your beliefs, leave public office. A country as dynamic as naija does not need the opinion of a region over and entire country hiding under the guise of moral and religious beliefs.

Children finding out these things by themselves and performing all sorts of immoral acts behind everyone’s backs isn’t also destroying morals I presume. Clueless people in government.

They are deliberately trying to cover their sins. They don’t want kids in Hausa land to understand they have been abused and destroyed when their genitals ain’t ready for such uncircumcised bones… They know with sex education, it’s a matter of time Hausa girls/women will rise up against the Mohammed imposed child molestation and child birth.

Of course northerners would kick against anything that advices underage girls against underage marriage.

Look at this bloody hypocrite. With the internet, sexual content is a screen touch away. If you don’t educate children about sex / safe sex, they will find out that information themselves and it might not be in the good place. In this situation, ignorance is not bliss.

IMO, I should be sharing the same country with people with such a backward and medieval mindset. Talking about morality when the North has an entrenched Queer culture and Homosexuality (Dan Daudu) etc. Keep deceiving yourselves. Your parents in the 1900s before the Usman Dan Fodio conquest were more open minded than you closeted hypocrites.