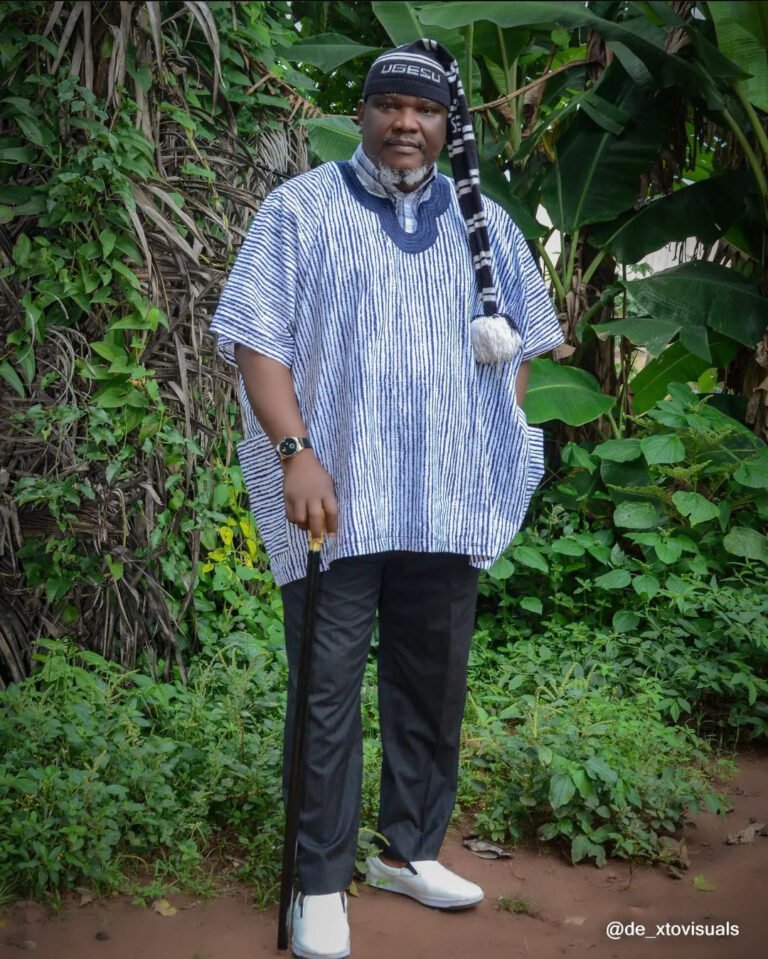 ‘I Advised Her Parents…’ -Activist Speaks Up As Mom-Of-4, Sadiya Who Was Detained And Starved By Husband For A Year Dies After Being Rescued

The act of parenting has continued to be a topic of debate in the society.

Taking a look at the decision-making aspect of parenting, Nigerian filmmaker, Ugezu Ugezu, opines that the most devastating thing a parent can do to a child is to rudely deny the child a chance to partake in the decisions that affect his or her future.

Taking to his Instagram page, the Nollywood actor stressed that a child must be involved in decisions that concerns him directly because it is his future adding that refusal to involve him will have an adverse effect on the child’s confidence.

He further noted that his post is not for all parents but for those who understand what parenting means.

READ ALSO: Bisi Alimi Speaks On How His Mum Lost Him Due To Her Parenting Style As He Writes To Toxic Parents

“The most devastating thing any parent can do to his or her child, is to rudely deny that child, the chance to partake in decisions that affect his or her future directly.

It is the child’s future and his or her opinion must be heard and assessed. Blatant refusal to even listen will ruin that child’s confidence. Ugezu J. Ugezu writes.”

Netizens have reacted with mixed feelings to Ugezu’s parental advice. While some are of the opinion that it is a good move, others argue that it is a bad advice that can’t stand the test of time in Africa.

ALSO SEE: Nigerian Dad Sparks Parenting Debate After Revealing What His 5-Year-Old Daughter Did To Get His Attention

Chichi wrote: Facts. But then, not in Africa.

De boi wrote: Na for those days oooooo, try that with dis new generation and you will be shocked that they are studying a different course in school…

Anthony wrote: What about Bobrisky and co. Don’t you all hate on them? Celebrity sage. indeed.

Condition man wrote: So if my child wants to be bobrisky, no problem then??? U dey yarn nonsense. This is Africa and not oyinbo land, wake up dude! 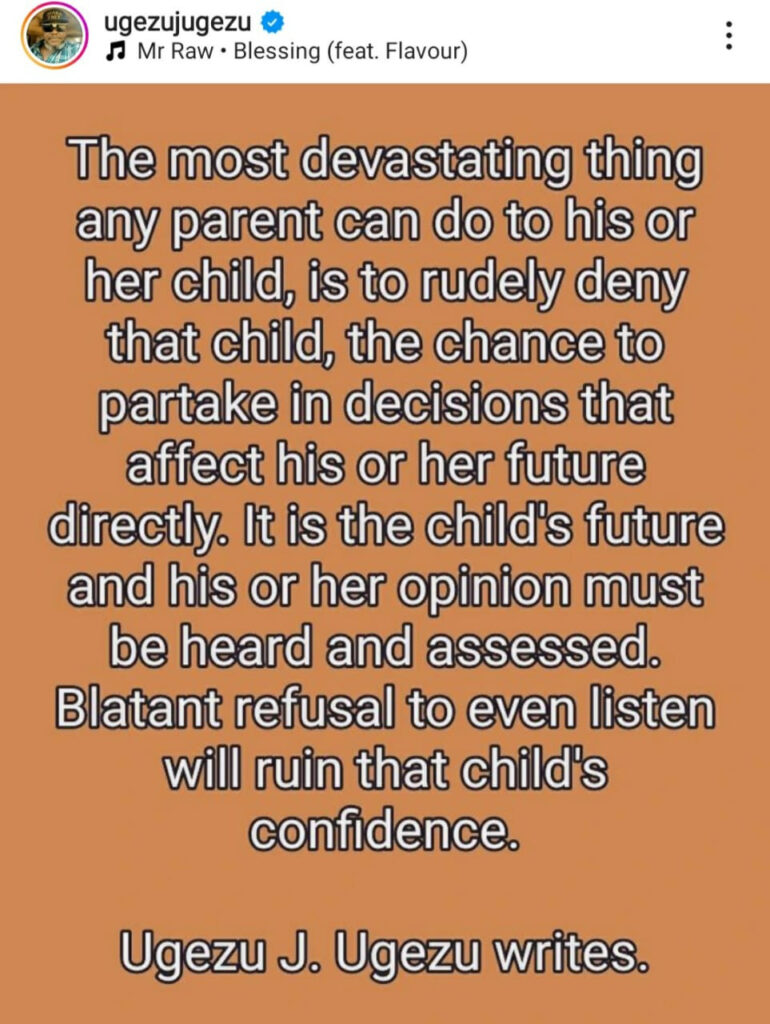