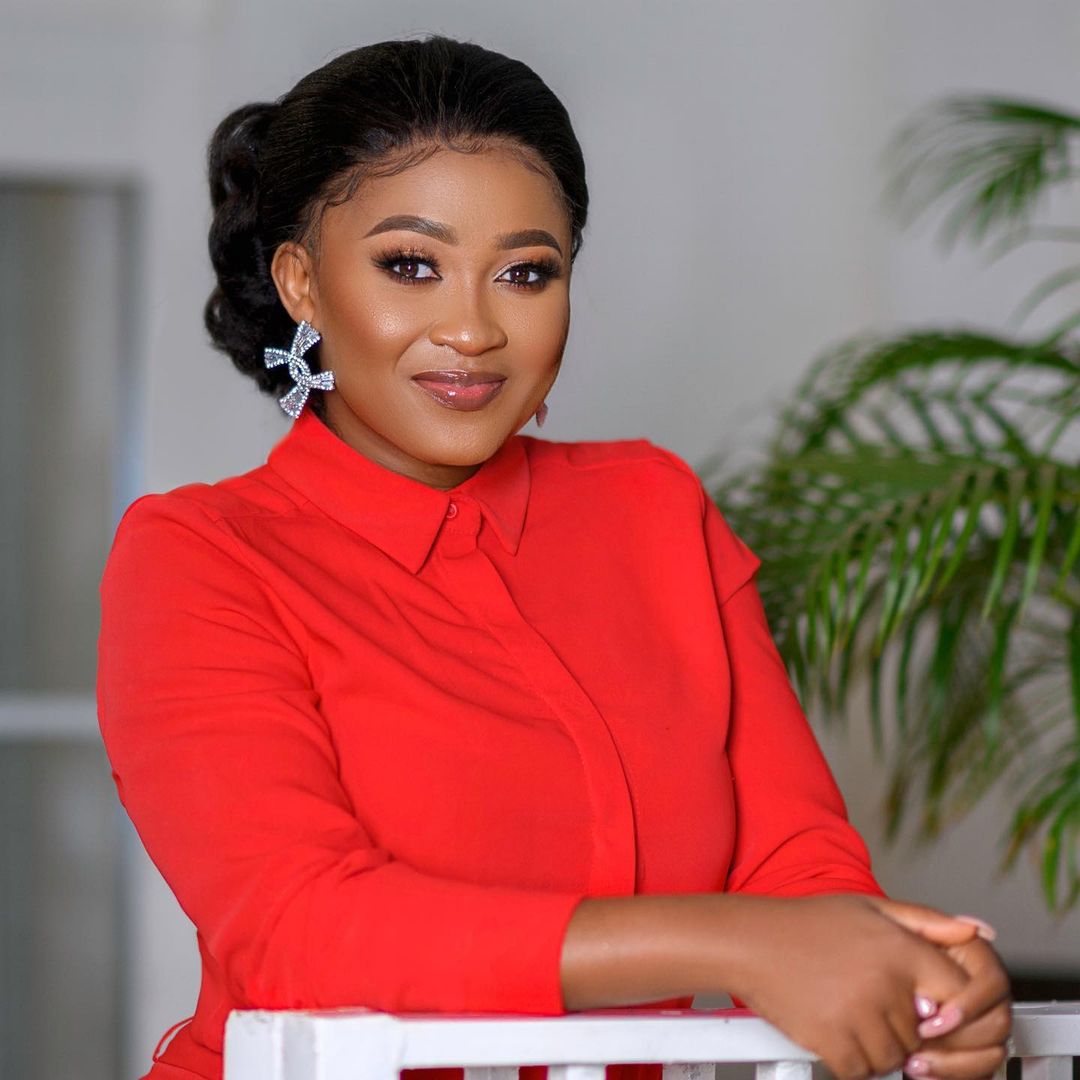 PHC Pastor, Gospel Agochukwu Causes Quite A Stir Online After Revealing His Mum Kneels To Welcome Him

Actress and producer, Mary Remmy Njoku has taken to her Instagram page to share a warning message with single ladies looking to date men who are getting set to return home from abroad this Christmas.

The mother-of-3 gave the warning on her social media page while recounting her personal experience with an abroad-based returnee some years ago.

According to her, the returnee who was showing interest in her tried to deceive her with a lot of lies and a weird accent but she was not interested in his offer. It later turned out he was a barber in the UK, not the lawyer he claimed to be.

She said the man claimed to run a big law firm in London. Years later, she saw him in a barber shop in the UK and he couldn’t look her in the eye.

Advising ladies not to fall for them in this festive season, Mrs. Njoku, the founder of the ROK TV Channels and CEO of ROK Studios, stated that a British accent was not a measure of intelligence or success and sapa was a universal thing everyone experienced.

SEE ALSO: US-Based Nigerian Man Sensitizes Single Ladies About The Dangers Of Moving Abroad Without Being Married Or Having A Committed Partner

“Chai! Xmas don reach o I remember that year when an Area Bros came back from Jand with a weird accent and pocket full of lies. ‘I run a big law firm in London’ I wasn’t into him cos his
‘yarns’ were inconsistent. And despite the ‘supposed’ BLOW, he wasn’t smart.

Well, I saw him at a barber shop in London few years later and he couldn’t even look at me.
The shoes didn’t lie. UK is real.
Well I said a prayer for him. Hope he is OK wherever he is.

Moral lessons.
£10 is now 10k. So be careful with IJGB this Christmas.
‘ I wanna gonna’ is NOT a measure of one’s intelligence or success

*Date who you truly like so you don’t feel deceived. *Sapa is a universal thing. E dey EVERYWHERE.” 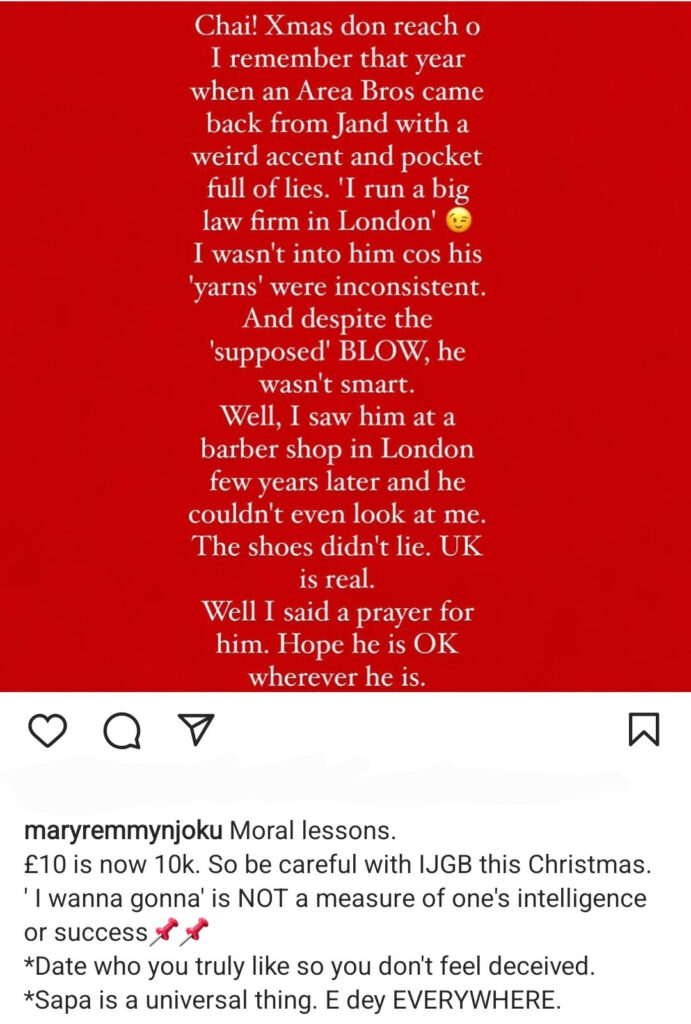