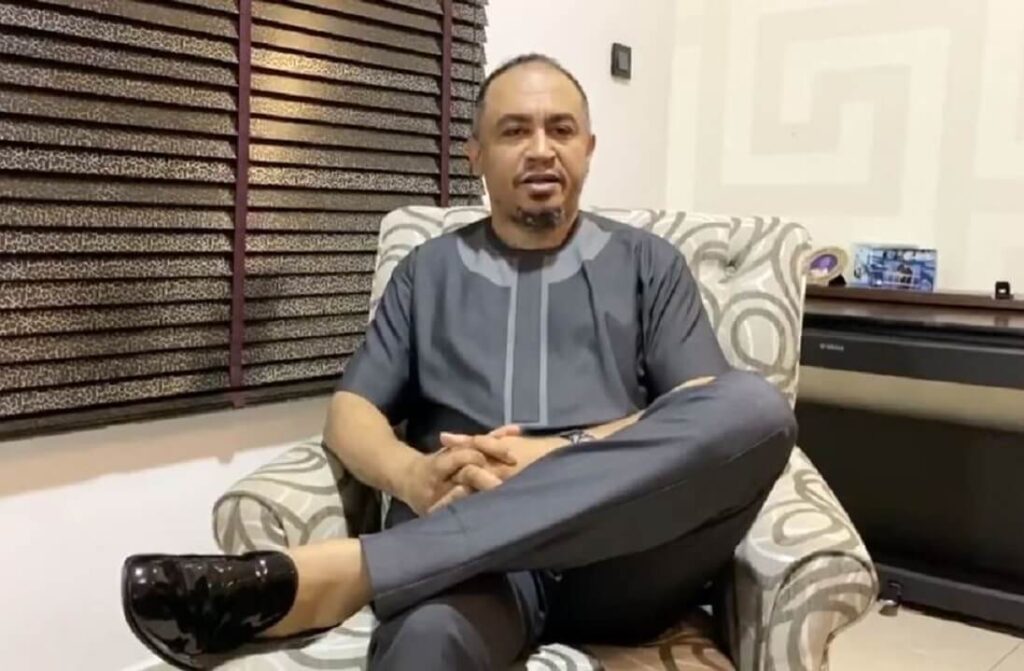 Famous Nigerian-Romanian broadcaster and socialite, Ifedayo Olarinde, a.k.a Daddy Freeze, has stated that he has never given his mother, who is a University Vice Chancellor, money before.

According to the father of three in a post on his Instagram page, there is no blessing in giving your rich parents money.

Daddy Freeze, advised his followers to rather give money to the needy than their wealthy parents as the blessings for giving to parents can only come when they are struggling and poor.

“There is no blessing in giving your rich parents money. The blessing is when you give to the poor. If your parents are struggling, then you are blessed when you give them money or assist them. ‘Honor your father & mother’ should not be monetized.”

When urged by some followers to give to his mother even though she is rich, Daddy Freeze noted she does not need money from him and also recounted how she once returned money to a politician after the money was dropped for her through her personal assistant.

He was reacting to a tweet that blasts mothers-in-law who expect their sons to prioritise them over their wives.

Freeze said his mother is too busy making money for herself to expect anything from him. He tweeted:

“Shey na my mama wey be Professor of Law, Vice Chancellor of ABUAD wan get time put mouth for my matter? Sometimes one week sef, my mama never pick my call. My mother is too busy with her career and doing well financially. I have never, as a matter of fact, given my mother money before. The woman holds her side pieces…”

But one social media user identified as ‘lovelymoodflowerz’ faulted Freeze over his claim of not having given money ever to his mother simply because she’s doing well financially. She wrote:

“This is not an excuse for not giving your mother money. You that look hardheaded and troublesome like this must have given her a financially hard time, abeg reciprocate her kindness.”

But the 46-year-old radio personality addressing the lady, informed her that his mother has never needed his money and never will; and took her to the cleaners thereafter.

Actress, Tawa Ajisefini Reveals The Extent She Would Go If Her Husband Ever Cheats On Her

“@lovelymoodflowerz my mother does not need my money. She has never and never will,” he stated.

“You have to understand that poverty did not find permanent residence in every home. Some people are well off and don’t need your money. You can’t understand that when money is your god and poverty is your sibling.”

ALSO SEE: Daddy Freeze Gets Candid With Nigerian Parents Who Thrust The Obligation Of Raising The Younger Ones Upon Their Older Children