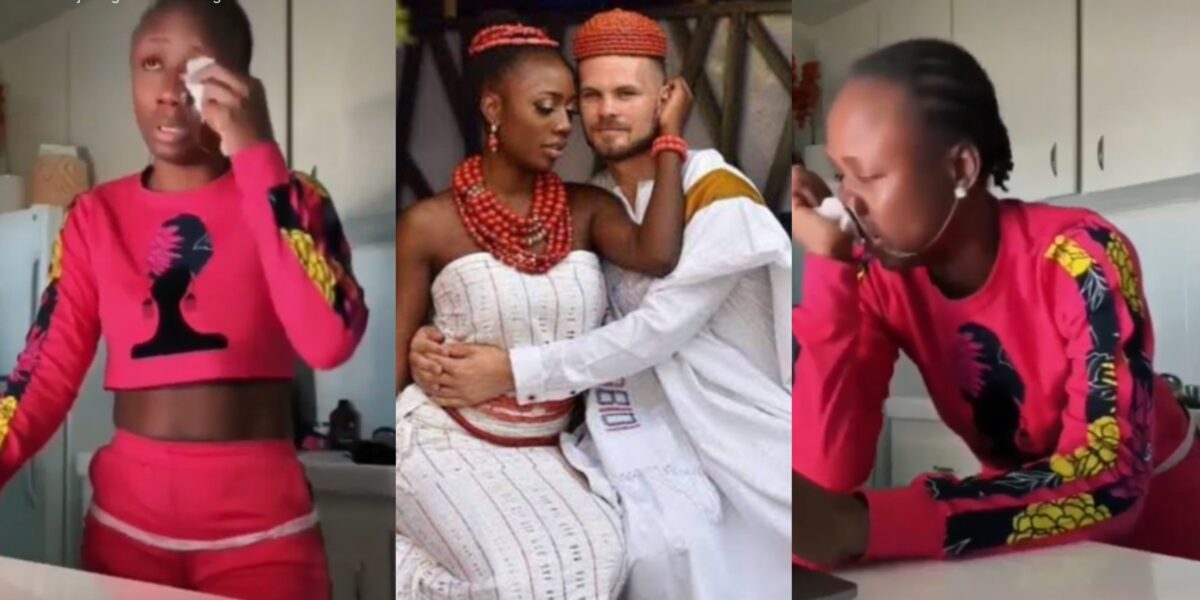 Korra Obidi and ex-husband, Justin Dean custody battle for their two kids is far from over as Korra has once again taken to social media to cry out over their unending drama.

While many thought that the estranged couple had settled their marital issues following their divorce, the American-Nigerian dancer proved them wrong as she has raised alarm over her ex husband’s ploy to separate her from her kids.

Korra accused Justin of continuing to make her life miserable even after their divorce was finalised. The mother-of-two said Justin took their daughters from her after their older daughter, June, said she’s hungry.

According to her, their first child’s constant demand for food had left Justin believing that she doesn’t feed their kids and has once again taken her to court.

Korra said he has now paid lawyers to begin another round of court battles to get custody of their daughters and she fears for the safety of the little ones while in their father’s custody.

She then proceeded to narrate the abuse she suffered from Justin. She said he once called her a “cunt” when they were at a party and told her male friends to line up so she can perform oral sex on them.

She added that he also pushed her at the party then would have succeeded in gaslighting her that it didn’t happen but friends who witnessed it confirmed it did.

She said that incident left her with a scar on her bum. She also accused him of always abusing her then telling her she imagined it all.

“This man would slap me and tell me I was making it up. That my memory was failing her because of all this social media. That I hallucinated the slap.

If I am lying let me fall down and die here and this is the man that is saying he will take my daughters from me.

What will he do to my daughters if he did that for me. Because June said she is hungry, he wants to take her to court.

He takes them away from me, what is he going to do to them. I just want to live,”

she said in tears.

Man Laments As He Shares His Experience From Divorce Proceedings From Cheating Wife To Warn Other Men: ‘I Still Get Traumas…’

ALSO READ: ‘Co-parenting In Peace Is A Lie’ – Dancer, Korra Obidi Laments Over Her Ex-Husband’s Recent Moves To Frustrate Her

Crying, she told those women who are supporting Justin that she wishes someone like him on them.

Prior to that, Korra had lamented on some of the consequences of divorce.

Via a video she posted on her platform, she cried out that her children had been taken away from her for some days now and that is has left her broken.

“Don’t get divorced. It is not for the weak. Separated from your 6 months old for a whole week. I have been trying to keep my composure but last night I got broken because I saw strangers touching my child. It really broke me,”

she said in a tears filled voice.