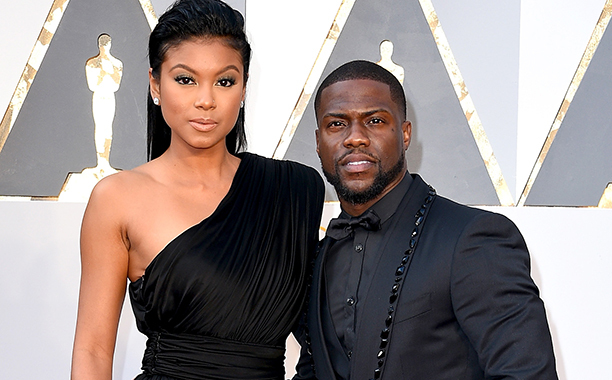 Dear MIMsters: Why So Many Women Are Dying For Nothing

Has Kevin Hart cheated on his wife, Eniko Parish?

Kevin Hart just issued a groveling apology on Instagram after someone allegedly tried to extort him using a sexually suggestive video. He didn’t specify what wrong he did, but the video he posted suggests he was in a compromising situation with someone other than his wife.

Hart was recently accused by his ex wife, Torrei Hart of cheating on her with his present wife, while still married to her (read here), something he denied vehemently.

On Saturday night, Kevin posted a video to his Instagram account in which he apologised to his wife and children for the situation.

The video was captioned:

‘Sending so many apologies to my wife & kids. I gotta do better and I will. I’m not perfect and have never claimed to be …I love you all.’

Hart began his apology by saying:

‘I’m at a place in my life where I feel like I have a target on my back.

And because of that I should make smart decisions. And recently, I didn’t. You know, I’m not perfect. I’m not going to sit up here and say that I am or claim to be in any way shape or form. And I made a bad error in judgement and I put myself in a bad environment where only bad things can happen and they did.

Tonto Dikeh Calls On All Mothers To Join In The Fight Against Actor, Baba Ijesha Accused Of Defiling A Minor

And in doing that I know that I’m going to hurt the people closest to me, who’ve I talked to and apologized to, that would be my wife and my kids.

At the end of the day man, I just simply have got to do better. But I’m also not going to allow a person to have financial gain off of my mistakes and in this particular situation that was what was attempted. I said I’d rather fess up to my mistakes.’

His rep confirmed he had been the victim of extortion, telling People:

‘Someone tried to set Kevin up in a failed extortion attempt. As law enforcement is involved, we cannot comment further as it could affect the investigation.’