“I got pregnant at 16. . . “Hilda Dokubo Shares Memories from Her Past

One Chidinma Rosemary Umeh, a 100 level Creative Arts student of University of Lagos, Unilag, has been arrested for allegedly murdering her baby daddy, Morrison Akinbule, 300 Level student of Caleb University, in the middle of the night.

It was revealed that Morrison died after a fight ensued in their room.

According to the brother of the deceased, Chidinma has since be arrested and transferred from Ifako Police Station to Panti State CID.

He said Morrison, a first class 300L student of Political Science and International Relations student, was found dead, with marks on his neck.

Mia Seren, a neighbor to the “couple”, also narrated what happened as thus: 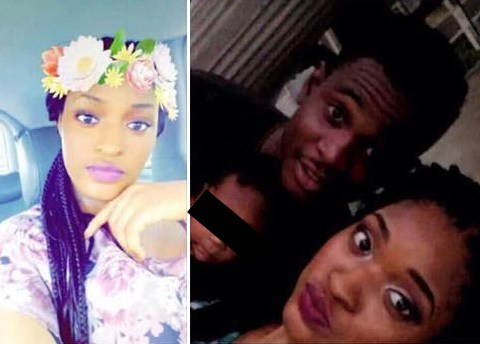 ”Like yesterday, he went for a party then came back around 9. But Chidinma was not home, so he called her to ask where she was… They planned to meet at a place. When they came back, they were with a Mr Biggs nylon and they went to their room.

Like 30 mins later we heard them fighting in the room and somebody was hitting someone’s head on the wall. Chidinma open the door, she did not open the door… Later we did not hear their voices.

Like 30 mins later, she opened the door then joy’s mother and bro moor wife brother entered and saw Morrison on the floor.

He was unconscious and he had an injury on his head, and had a cloth tied to his neck. We rushed him to the hospital then they said he was gone.”

READ ALSO: ”He locked all doors and said to me that I was going to drown in my blood” – Wife of Record Label Boss Foston Utomi Spills on Domestic Violence (Graphic Photos) 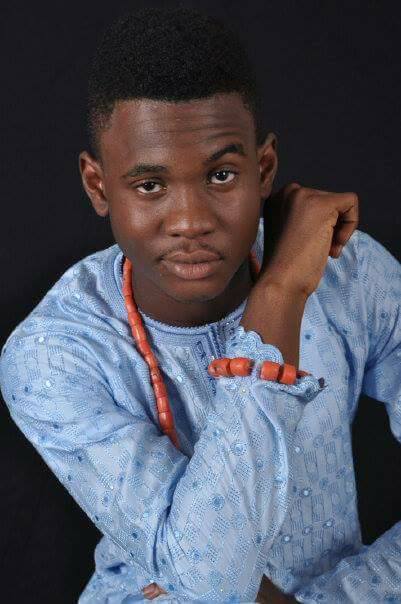 A tribute by one his friends Gabriel reads:

You started cracking dry jokes….I knew I would miss you.. knew it would be a while until I saw you again. Not until yesterday morning our friend Edet told me you died that Sunday night.

READ ALSO: Ik Ogbonna’s Wife, Sonia, Addresses Women: ”How can a child EVER grow into a normal, mentally and emotionally stable adult after witnessing domestic violence at his home? 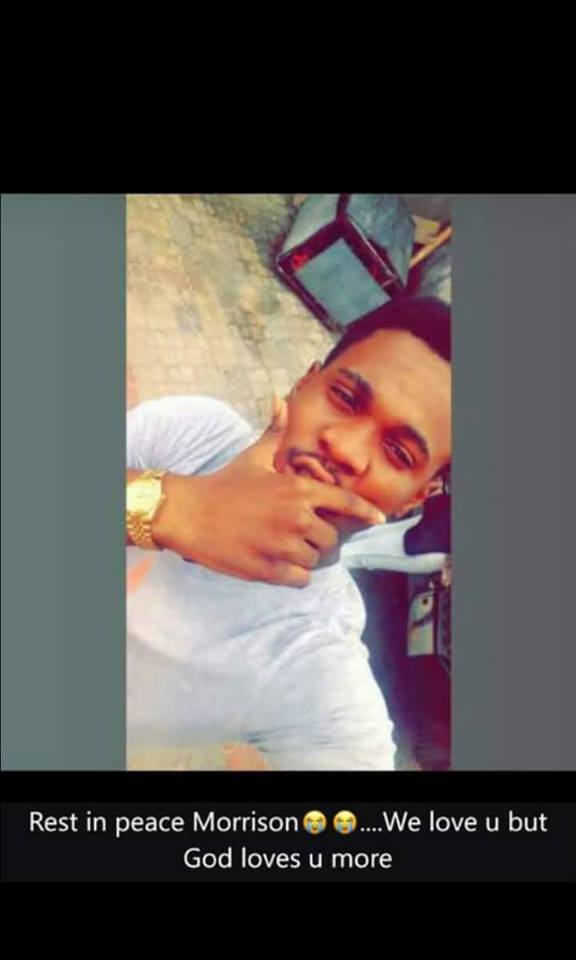 I still cant believe this. I have been crying since. I cant even get a good sleep without thinking about you…..You had plans, You told me you wanted to be the youngest president in Nigeria.

Looking back now, I wish I would have spent more time with you, shared more stories with you, and made more memories. But death took you From us.

You were our own Diego Costa the best FIFA player in Gbagada.

Thank you for being a brother, a best friend and for being the most influential person I’ve ever met, for accepting and loving everyone, and for being someone that impacted the lives of so many.

You will never be forgotten. I will always love you bro. 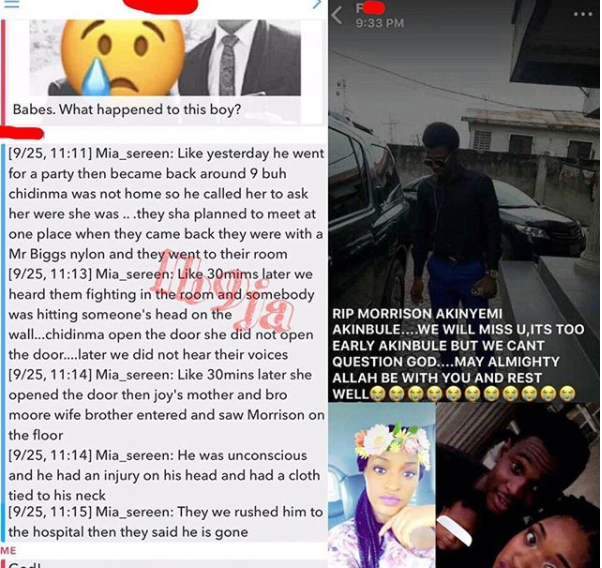