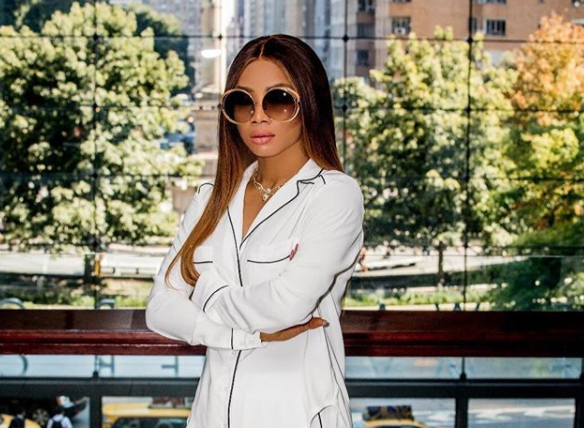 Dear MIMsters: Evil Thrives When We Do Nothing About It

Media personality and vlogger, Toke Makinwa who has been through a messy divorce has revealed that she doesn’t believe in soulmates anymore!

She added that the kind of love she is looking for doesn’t exist. Toke revealed this on her twitter page joking that she’ll have to sue the ‘romantic books and movies’ that she read/watched while growing up. 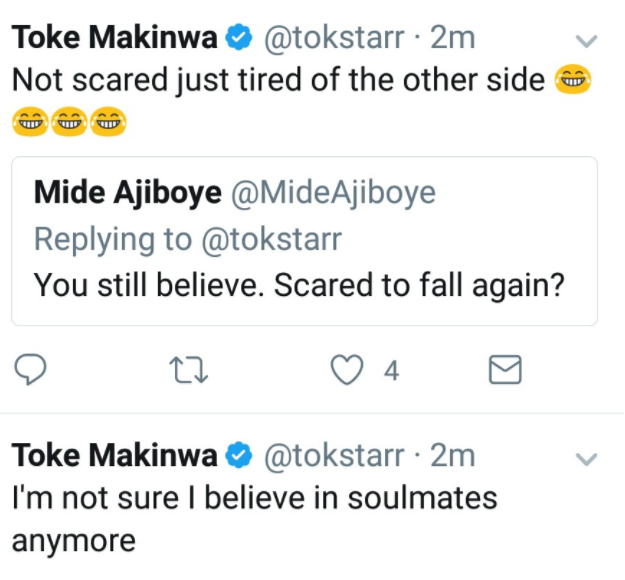 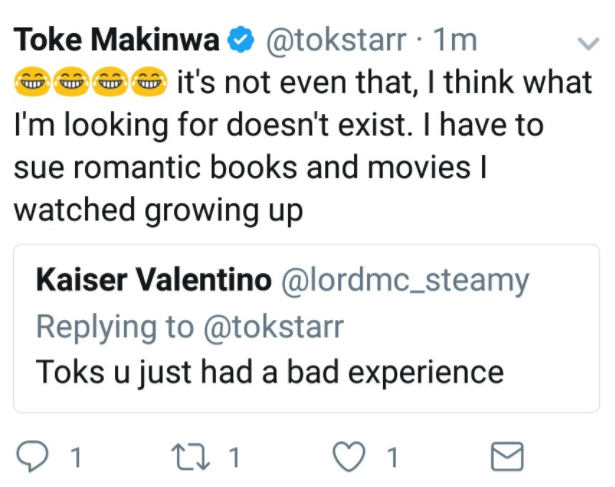 READ ALSO: ”My grades were so bad that the school…” -Toke Makinwa Reminisces On Her Sad Days in UNILAG

Remember that the outspoken stunning diva had a challenging 2016 due to the split with her husband, Maje Ayida, after he impregnated his mistress, Anita Solomon.

The petition was filed through her lawyers before Justice Pedro of the Lagos State High Court. 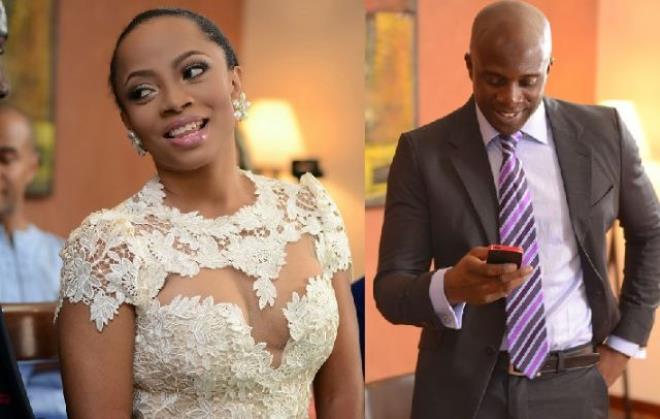 Her divorce proceedings against estranged ex-husband kicked off in May, this year. Toke, as usual showed up in court room rocking designer labels from head to toe.

According to a witness who was in court, 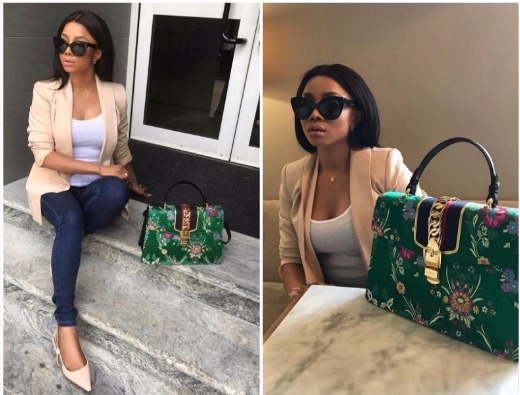 READ ALSO: Toke Makinwa Fired Back at Twitter User Who Says She Shouldn’t Give Marriage Advice

But the lawyer representing her chose to re-examine his client and presented certain documents which were admitted as evidence by the court. The matter was adjourned for adoption of final written address.

At the close of trial, various law students currently undergoing internship at the court took pictures with Toke whom they described as their “celebrity crush”. She was both warm and receptive!”