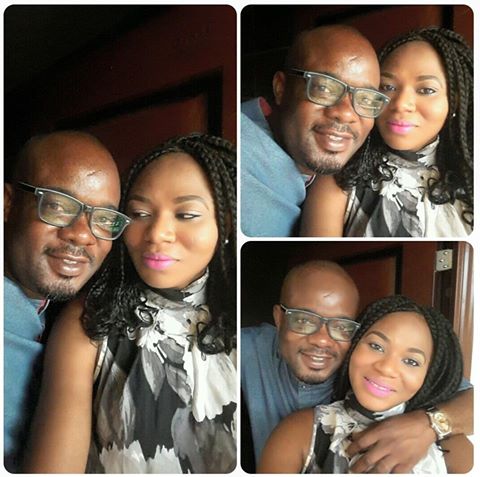 Actor Charles Inojie made a name for himself when he became a comic actor. As much as he has had so many fond memories, the actor told Saturday Beats he would likely not forget in a hurry how he proposed to his wife.

He said that even though he wanted a conventional proposal, it was not possible because of the circumstances that he was faced with at the time.

“My wife and I had been friends and lovers for a while before we got married. When I approached my wife that I was in love with her, she told me that I was not serious because she thought that I was joking. I experienced that for a while but with persistence, she accepted to date me.

There is something about destiny and there are some people that you would meet and you would know that they are meant to be more than friends. Incidentally, the day I proposed to my wife, she was not even in the country. I called her to ask when she would return to Nigeria and she began to query me.

SEE ALSO: 12 Ways to Say I Love You in a Marriage

She eventually told me that she would be away for about three months and I began to grumble at that point. She was eager to know what was on my mind because she asked if the issue was very serious. I told her that even though it was quite urgent, I would be patient.”

But he said his wife insisted on knowing why he was calling her.

“She ended the call and later that evening, she called back asking me what the problem was because she had been restless all day ever since I made the call. She demanded that I tell her what was on my mind.

After dragging the issue for a few days, I had to open up because I discovered that it was going to lead to an unnecessary quarrel. I had to propose to her on the telephone and immediately I did that, she started crying, then she said yes. That was it. I would have loved it to be more conventional but the circumstances did not allow it. But I am glad it went well.”