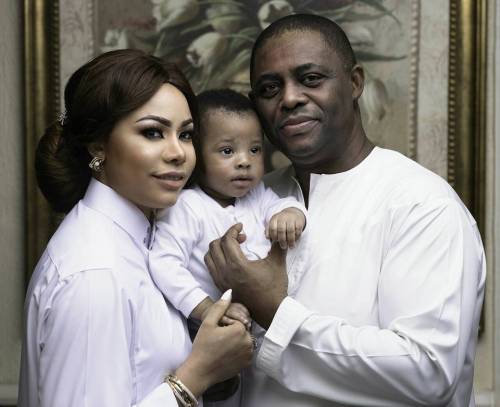 It has emerged that the three-year-old marriage between former Aviation Minister, Femi Fani-Kayode,  FFK and Precious Chikwendu has hit the rocks and threatening to explode in dramatic fashion, SaharaReporters report.

According to reports, on New Year’s day, January 1st 2018, the senior pastor of Omega Fire Ministries, Apostle Johnson Suleman, who was in the midst of an alleged sex scandal with his alleged mistress Stephanie Otobo, released his 2018 prophecies and one of them was that there will be an assassination attempt on Precious’ life.

It was gathered that the prophecy was used to cover up the abuse that FFK who has had three previoulsy failed marriages mete out to his current wife, Precious who goes by the Instagram handle @snowwhitey. 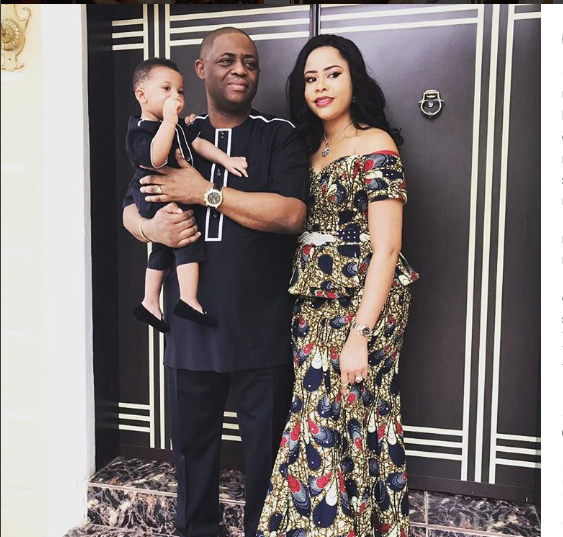 Fast forward to yesterday, Sahara Reporters wrote a report alleging that it was FFK that got Apostle Suleman to make that prophecy to cover up his acts of domestic violence on Precious.

It was revealed that FFK has been physically abusing Precious, and telling everyone who cares to listen that he is not the father of the triplets that Precious is currently expecting.

READ ALSO: Read FFK’s Sweet Message To His Three Children And Their Mothers

Sahara Reporters went on to make so many other grave allegations which is odd because the couple are currently in Lagos and they seem all loved up.

Among other allegations was that FFK asked Precious to abort the pregnancy that resulted in their son, Aragon, and when she disobeyed him, she allegedly got a savage beating.

Sahara Reporters alleged that the beating grew worse with the allegation of infidelity and Precious was forced to leave their home and move to her boutique at Abacha Estate, Wuse Zone 4, Abuja, where she slept for a while.

Then they alleged that Precious was relieved of the Mercedes Benz G-Wagon bought for her by Mr. Fani-Kayode.

READ ALSO: FFK in a Thankful Mood as He & Partner Precious Chikwendu Dedicate Son at Church

“In reality, unknown to many, Fani-Kayode had accused his wife of infidelity. The woman, disclosed family sources, is said to be pregnant with a set of triplets.

However, the husband is said to be denying responsibility. The former minister, in a text message to members of his family and friends to him and his wife, said the man responsible for the pregnancy, said Mr. Fani-Kayode, is a US-based DJ.

Also in the text, which had the family of the former National Security Adviser, Colonel Sambo Dasuki, in copy, the former minister told friends that he no longer wants to have anything to do with the wife, advising their friends not to render financial assistance to her.

“No friend of hers can remain mine. I urge you to be very careful of this mad, ungrateful, deceitful and treacherous woman,” he warned friends.

Fani-Kayode started physically abusing Precious from the first year of the marriage, a fate that befell her three predecessors. He was said to have ordered her to abort the pregnancy that resulted in their son.

Precious ignored him but got savage beating. It has grown worse with the allegation of infidelity. She is also said to have been relieved of the Mercedes Benz G-Wagon bought for her by Mr. Fani-Kayode.

Precious is back to driving 2009 Honda car and has had her police escort withdrawn by the husband. Prophet TB Joshua is said to have waded in and invited Precious to Lagos.

But all the horrors Precious has been subjected to are masked by the husband’s extravagant show of affection on Facebook. This conveys the impression that things are smooth with them, a tactic he used in the case of his 3 ex wives.”

READ ALSO: Hilarious! See the Punishment Femi Fani-Kayode Got From his Wife for Coming Late to Dinner

In reaction, Fani-Kayode says all the allegations are all lies and plans to sue for defamation of character. Folks have seen the couple in Lagos together in the last two days and say they looked happy together and joyous of the news about their triplet.

Below is FFK’s reaction to Sahara Reporters story, signed by Jude Ndukwe, his Special Assistant on Media;

”We read with disgust the fake story that was published by saharareporters this morning concerning Chief Femi Fani-Kayode and his wife Precious Chikwendu.

We wish to put it on record that there is absolutely no an iota of truth in any part of that story and it is nothing but fake news.

As a matter of fact it is a total fabrication put together by a desperate and vicious media house that seeks to destroy the lives of every member of the Fani-Kayode family.

READ ALSO: They are So in Love! Femi Fani-Kayode Sends Charming Birthday Message to his Wife Precious

Saharareporters has a history of creating fanciful and destructive stories about Chief Fani-Kayode’s private life and this is nothing new. They have been doing it for the last 12 years and their hatred for Chief Fani-Kayode knows no end.

To write absurd and irresponsible stories in an attempt to portray Chief Fani-Kayode as an irresponsible and vicious wife-beater, to portray his wife as someone who has questionable morals and to go as far as to suggest thst the paternity of their children was ever questioned is utterly shameless.

We would like to remind the publishers and editors of saharareportres that they have wives, children and husbands too and it is simply ungodly to try to destroy someone elses family and reputation with such lies.
The Fani-Kayode’s have instructed their lawyers to take up the matter and we urge the Nigerian public to ignore their baseless and desperate fabrications and treat them with the contempt that they deserve.” 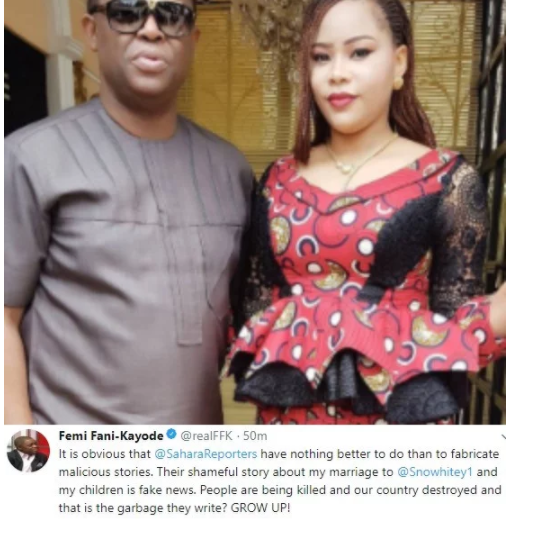