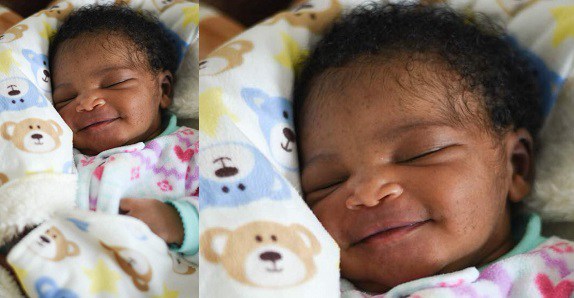 Woman who doctors told she could never give birth due to her closed tubes has by a supernatural intervention delivered of a baby girl. This happened after having 3 failed IVFs and 7 years of marriage. 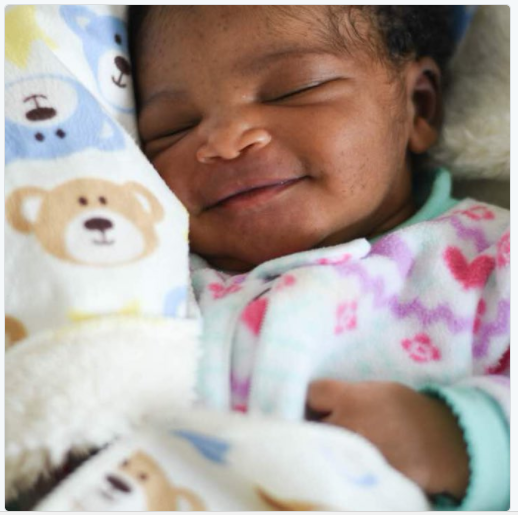 “Married 7 years and trying to get pregnant. No luck. They said her tubes were shut. No remedy, only IVF could work.

3 failed IVF attempts. I remember the last one being aborted on December 25 2016. Tubes still shut. No IVF. She gave birth last week… GOD SHOWED UP.

Through it all my sister remained so positive and thankful to God. I couldn’t get how.
Almost like she was living in a different world.
Now we all thanking God with her.
God is great ������” 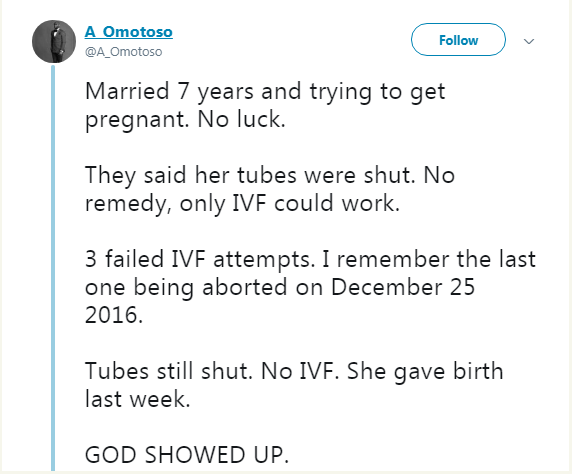 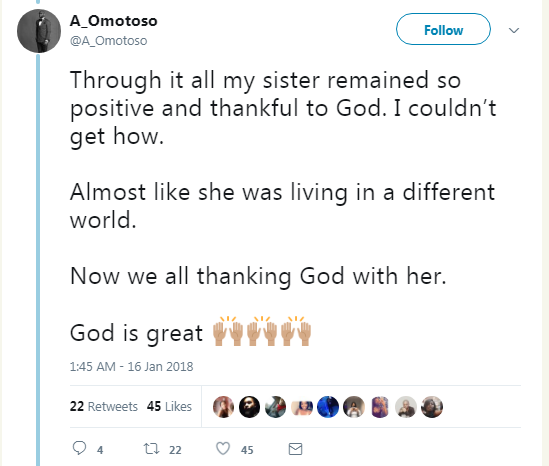 We don’t know what your story is but miracles do happen if you believe.