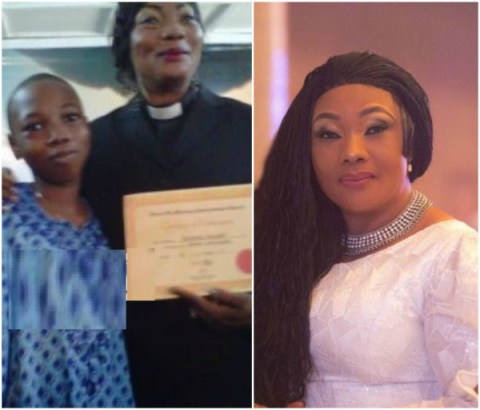 Distraught Eucharia who recently got back to acting lamented on the set of a new movie early this week while chatting with Inside Nollywood. She talked about the death of Raymond which has left her in absolute loneliness, saying, ‘my home is so silent now without my son’.

According to Eucharia who is yet to recover from the death, cooking has lost its joy because he is not there to ask all those questions he used to ask when he was still alive. 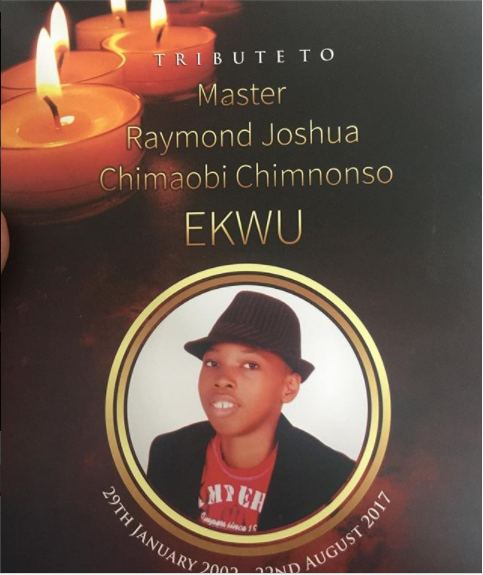 ”My home is so silent now without my son. Every time I peep into his room to see if he is there. When I drive back home, I long to see his smiling face radiating that joy of seeing me back.

Cooking has lost its joy because he is not there to ask all those questions. My son, my baby, the most considerate child, adorable giant, I miss him.

Be that as it may, I want to use this medium to wholeheartedly appreciate God, the eternal rock of ages, the all-knowing emperor of the universe, the pillar of my life, for it all.”

In an interview two years ago, Eucharia Anunobi, who recounted how being a single mother was not a deliberate decision said;

”It was not a deliberate choice that I have made. It came by chance, it came by mistake. God does not kill His children who have made mistakes. He would rather sustain them and tell them that He is the owner of all things.

So whatever that is needed of me, it was a wrong choice that I made.

Eucharia married Raymond’s father, Charles Ekwu in 2000 and the marriage lasted till 2006, before trouble set in. Raymond was the only product of the marriage, which ended in a messy divorce.