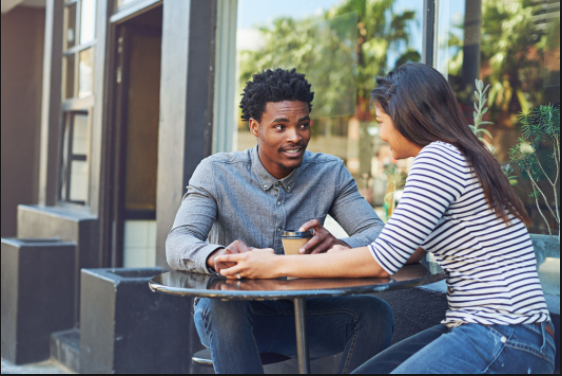 The controversial question that says, ‘Is it advisable or proper for your parents to help do a spiritual background check of your potential spouse before you get married to them” was asked on Nigerian twitter.

Reacting to the tweet, a Nigerian writer and music critic, Tope Delano, shared a personal story to buttress her point.

”This right here is the reason so many humans are LOCKED marriages they shouldn’t be in, in the first place. As a Yoruba girl, my people believe so much in this…’oh, we have to pray and find out of he or she is the one.’ in my language they say it is ‘ama lo wo boya oko e Ni. I laugh in hiccups.

I have absolutely no issues with prayers and all but I deeply do not believe this is necessary and this is why. Sometime in the early 2000’s, I was seeing this young man, who was just about amazing, when I say amazing, he was.

Spiritual, not the spirikoko type, kind, deeply read, he is just a beautiful soul. But then we were hit with the ‘he is not your husband talk’.

You guys will never have kids should you get married. I heard things like ‘he will die early or you would….bla bla bla…we went our different ways….bad move!!!!

Marriage is between two people, two humans who live their lives as one, away from people who have one thing or the other to say about why you shouldn’t be together.

Personally, I believe these two humans should be the one to seek God’s face respectively. Ask God All the necessary questions not someone who won’t be in the house with you, doing it. What if the pastor they went to meet tells you the wrong person is the right one?

READ ALSO: Dear MIMsters: My Family Wants Me to Marry This Man Despite this Major Problem

What if that one they claim is your oko (hubby) dies the night of your wedding, or weeks, months, later? What if he turns into an abusive person who greets you in the morning with a slap or a kick or harsh words.

READ ALSO: Woman Sues Father for not Allowing her Marry Man of Her Choice

I am a Stupid Yoruba GIrl, I know…but it’s high time we all calm the fuck down, think things through properly before signing those papers in court.

Prayer is key in any relationship, however do it on your own and with your partner if you must.”