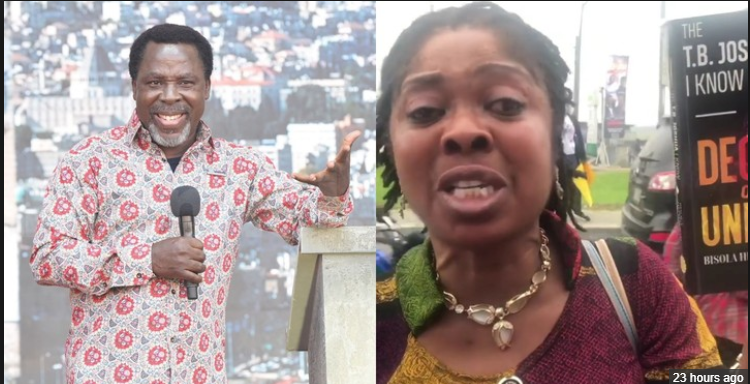 #JusticeForKhloe: Celebrity Mom, Tonto Dikeh To Lead A Protest Against Rape Of 4-Year-Old Girl As The Culprit Is Set To Be Released This Friday (Graphic Photos)

Another popular man of God has been accused of sexual abuse. The accuser, Bisola Johnson indicated that charismatic pastor, T.B Joshua raped and trapped her at his Synagogue Church Of All Nations (SCOAN) for 14 years under the guise of delivering her from spiritual afflictions.  Ms. Johnson made her claims while embarking on the protest against COZA’s Pastor Biodun Fatoyinbo following rape accusations by Busola Dakolo, wife of singer Timi Dakolo.

The woman while embarking on a protest in support of Busola, made claims that Pastor T.B Joshua molested her. She said she was trapped in the church for 14 years before the Lord set her free.

In a video making the rounds online, the aggrieved woman could be heard saying:

“This is not the time for make up, this is the time to address.

I am also talking on behalf of other young girls that are still in the captivity of TB Joshua.

Valour Mbre Inyang, 16, Who Had Nine A1s In WASSCE And 343 In JAMB Speaks About The Motivation Behind His Outstanding Academic Feat

Much is not known about her, but she showed off a book where she claims to have documented her ordeal at the hands of the pastor.