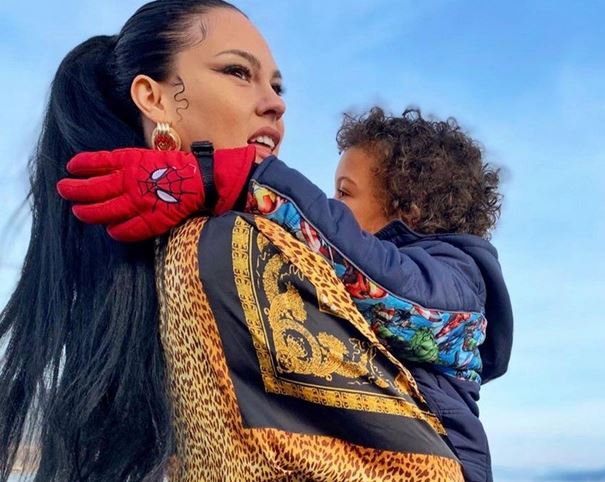 Sonia Morales, the estranged wife of popular Nollywood actor, IK Ogbonna, has shared some information about her new life as a single mother.

The stunning mum-of-one had a question and answer session with her Instagram followers on Wednesday, and one question that popped up was how she is faring as a single mom.

Responding, Sonia stated that life as a single mum is super fulfilling as she can now move at her own pace. She wrote:

”I actually enjoy every bit of it. I love the fact that I move at my own pace, it’s super fulfilling. We created our own cozy cute lil world and it’s super dope.” 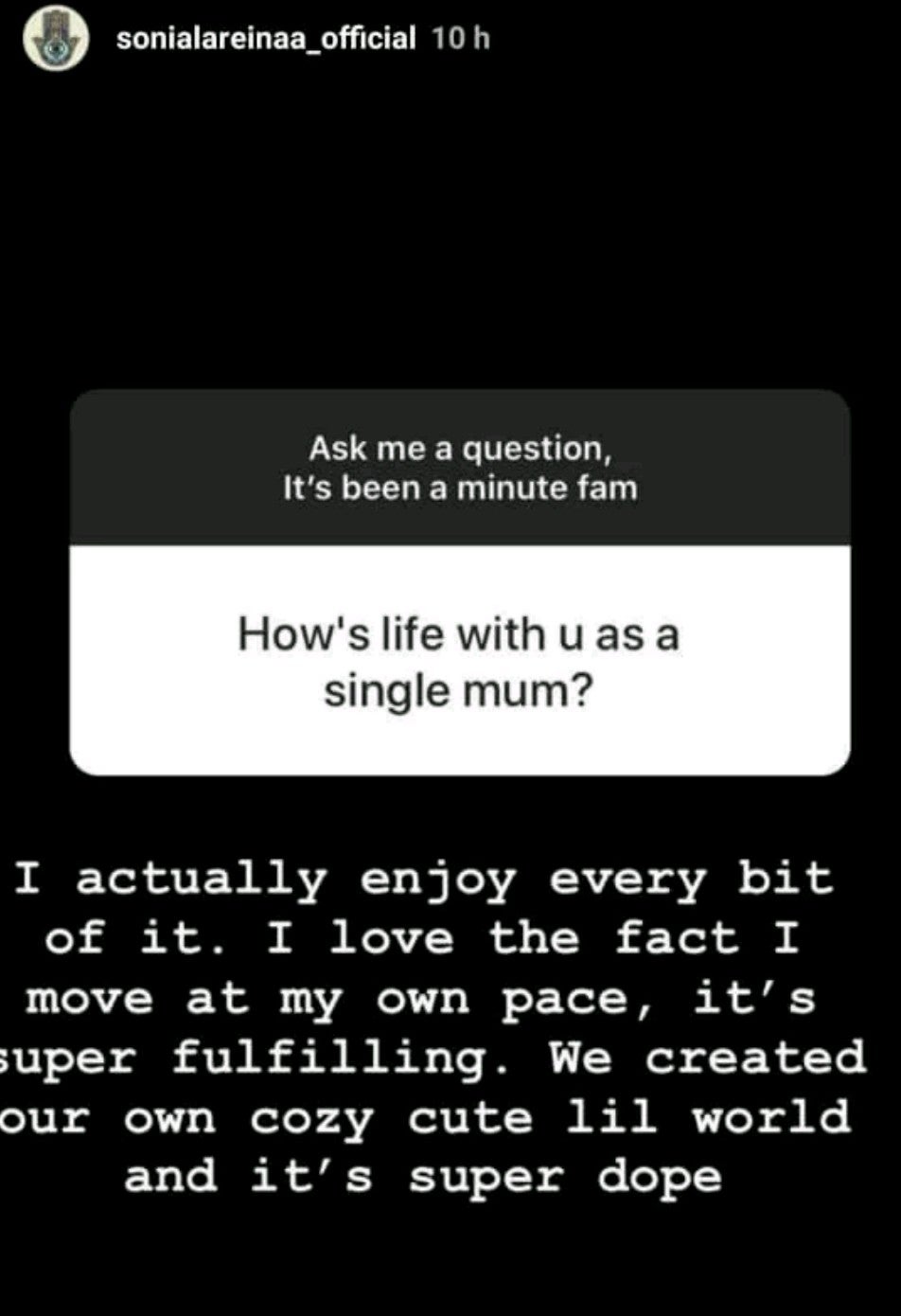 Details emerged few months ago that Sonia and IK’s 4-year-old marriage had hit the rocks. In August, Sonia confirmed in an Instagram post that her marriage to the actor and father of her child is officially and legally over.

The single mom concluded her post, thanking her ex-husband for the past 5 years they spent together, saying he shaped her and the experiences made her stronger. She also thanked him for being a part of her life for a ‘small slice of time’.

”This is a hard letter to write as i am pretty sure I will cry my way through this post. I know i should have said all these a long time ago, but back then, i was just weak and could not think straight because i was busy struggling to make things right the best possible way within and even beyond my capacities.

A friend of mine asked me the other day if I had written a goodbye letter to my former life, my memories, my ex. When she brought the idea up, I got immediate chills and a touch of anxiety.I wonder why that is.

I used to have a very different life. I had a husband and a family. I had someone who lived here and i felt loved me full time. I had a future I was counting on. A lifetime of companionship, family vacations, milestones, laughter, and love but all to no avail as i felt deflated for many years and now its all gone.

In the past, I have blogged about stuff as it comes up, but no real goodbyes yet.
Many times i felt miserable on the inside and cried my life out day and night in my room alone but as time went on, i outgrew the my reality i was passing through the years.

I want to use this medium to thank my ex-husband for not prolonging the hardship and now i have to face the world on my own. Our son will forever be a representation of you in my life.. Thank you for the lessons you taught me over the years. I wasn’t sure what to write, who to write to or what my angle would be.
But I know who I need to say goodbye to now with certainty.

Lastly, without hate or animosity, i look back at the past five years and all i can do is thank you. Thank you for the good times, for the hard times. Thank you for helping to shape the strong person I am today and for being a part of my life for a small slice of time. ”

READ ALSO: IK Ogbonna Gives 11 Tips On How To Avoid Crisis In Marriage

IK got married to the Columbian Model in 2015 and their union was blessed with a cute son named Ace. Ik has an older daughter from a previous relationship.