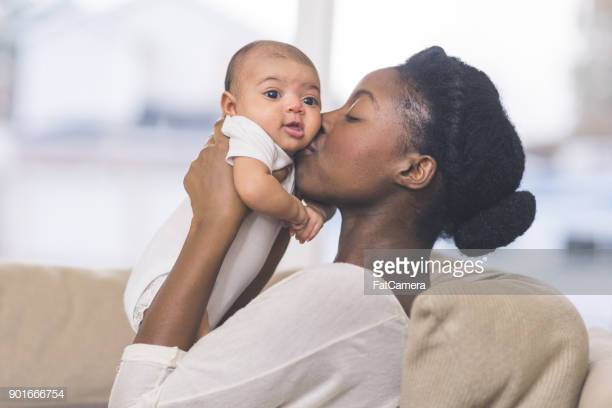 I want to use my story to inspire us as women never to give up on our dreams against all odds. I pursued mine and I am glad I did.

Sometimes ago, I posted on this platform about how depressed I was. I am a wife and mother of one, I hold a master’s degree and I graduated with a 2nd class upper (honours division) and 8 distinctions in my SSCE.

I have always been diligent and hardworking, always the best student. I searched for a job for 3 years and when I got it, I was so happy.

READ ALSO: Dear MIMsters: How I Forcefully Made My Dependent Husband Wake Up And Start Taking Up His Responsibilities

I got married 8 months after starting my job, it was stressful but the pay was ok, but unfortunately, my husband and I lived in different states. We, therefore, agreed that I’ll continue my job for as long as possible no matter the distance.

Months after our marriage, pressure came from my in-laws that I couldn’t get pregnant because I was always traveling unknown to them, I got married a virgin at almost 30 years so I have developed so much fear about being disvirgined such that hubby and I didn’t have sex for 5 months after our wedding. Yes, you’re right to say that was too much.

The pressure continued and I felt my in-laws will do anything to break my marriage, so I resigned from my place of work (the worst decision I have ever made in life). I moved in with hubby but unknown to me, I was already pregnant at the time of resignation, I was so hurt.

As a career woman that I am, I registered in a fashion house for training when I was just 4 months pregnant and I continued the training till my day of delivery.

READ ALSO: Dear MIMsters: Was My MIL Right To Have Called Me Barren Because I Did This To Hubby?

1½ months after delivery, I went back to complete my training and when I was done, I started sewing from home, I’ll make a dress, wear it and post the pics on my social media platforms and this also gave me the opportunity to take care of my baby.

I continued to do this for over a year but my fellow mothers, I was mocked by my landlady and her daughter (a girl who completed her service last year), I was so mocked that I went into depression. They said awful things to my hearing like, what job am I doing to afford a thousand naira, why won’t she be adding weight when she’s always at home, she’s a fool for just posting pics and lots more.

My landlady even told my husband when I was pregnant that she’ll report me to my mother-in-law whenever she comes around cause she saw my husband sweeping the compound and she said I must be using jazz on him (this is a woman who has been abandoned by her husband for another woman).

I cried for several months, I started drinking alcohol, I even smoked once because I just wanted the pain to go. I felt I have failed myself and the entirety of women, I felt, it is because of my kind of situation that people don’t want to train girls. I felt upon all the brilliance and hard work, I have been relegated to just a housewife. Oh, how I cried bitterly for so long

I know you’ll say but I was sewing, yes I was, for myself cause I had no customers cause I am the indoor type, I don’t mix up, some people will say because I have pictures of only me wearing my designs they can’t patronize me, not even my pastor’s wife who was part of the people who abused me for staying away from hubby after marriage. Meanwhile, my sewing is neat, perfect and beautiful. I kept sewing and applying for jobs online but no invitation for an interview came.

After several months of applying for jobs, an interview came for the role of a production manager in a big fashion house, I was so happy, I prepared so hard and went only for me to be declined for just one reason; I am married and I have a son and will not be able to keep late nights which the job entails. Telling them I have someone who will take care of my son and that I can also relocate to that area within the state wasn’t even enough to change their minds. I have so invested in myself by getting trained online (which I had to pay for courses) just to update and upgrade, I was hurt, so hurt but I didn’t stop.

I decided to get my own place, I’d saved some money from my former place of work and hubby had already bought almost all the essential pieces of equipment, in addition, he gave me 500k to add to my savings to make my fashion house look presentable.

I got a space, renovated it and I started, the response from the very 1st day was so great that I got my first apprentice barely 2 weeks after opening, and my landlady and her daughter. I don’t know know how they found out about it but I just discovered that they stopped mocking me and some days later, the woman came to tell my husband that even though we didn’t tell them, that they know, well, I wasn’t surprised cause they like poking their noses into other people’s business.

As a woman, there’s so much that’s expected of us by the society, so much sacrifice, and yet when we make that sacrifice, they still insult us and look down on us just because we are girls. Just work towards your big dream but in doing that, don’t just sit down idle.

As for my husband, the only words I have for him is that God should bless his morning, noon, and night RICHLY, good men still exist, they are just soooo rear!