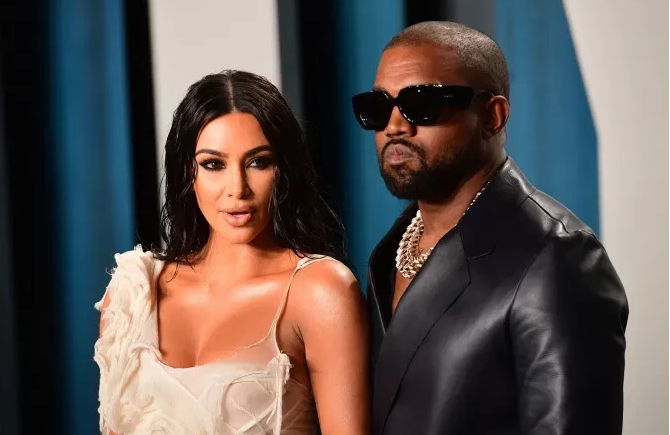 New reports have it that Reality TV star, Kim Kardashian is planning to divorce her husband, Kanye West. According to Page Six, a source close to the couple says Kanye’s anti-abortion comments about their daughter North have taken a toll on their marriage.

The rapper months ago during a rally spoke about how Kim nearly aborted North when she was pregnant with her, then in September, Kanye again addressed the topic of abortion on Nick Cannon’s podcast

He said his greatest achievement was:

“still being sensitive enough to cry at the idea of aborting my daughter.”

Just last week Kanye included his daughter’s name in a tweet alleging he could be murdered. “NORTHY I AM GOING TO WAR AND PUTTING MY LIFE ON THE LINE AND IF I AM MURDERED DON’T EVER LET WHITE MEDIA TELL YOU I WASN’T A GOOD MAN.

“WHEN PEOPLE THREATEN TO TAKE YOU OUT OF MY LIFE JUST KNOW I LOVE YOU.”

Kanye then surprised everyone when he recently filmed himself urinating on his Grammy award.

Now, according to Page Six, an insider said;

Kim has the whole divorce planned out but she’s waiting for him to get through his latest episode.”

She is deeply disappointed and sad because Kanye is struggling.

It’s a vicious cycle that Kim has had success at interrupting successfully for months at a time.”

She isn’t surprised that her husband has not been abiding to terms of his care plan and blamed part of his downward spiral to the coronavirus pandemic.

Kanye being isolated and alone essentially in his head isn’t healthy.

Kim doesn’t care about the tweets, that is Kanye being Kanye but the mood swings and the manic episodes [that] are extremely difficult for Kim to help Kanye cope with.

In another report by People Magazine, a source told the magazine that Kim is “at the end of her rope – again” following Kanye’s tweets.

He’s off his meds.

He promised he’d stay on them. The last time, part of his negotiation with Kim was that he’d get back on his medication and he would work very hard to control his impulses.

He made a lot of promises. And now those promises are broken, less than a month later.

The insider told the outlet:

“He’s on very thin ice with her right now, and she’s truly trying to decide what to do to protect the kids, but also her own sanity.

The whole thing is discouraging and difficult for her.”

Kim had zero clue that he was going to tweet anything.

None whatsoever. And she saw the tweets and was like, ‘Seriously? Again?’

He has to take care of his own health. She can’t force-feed him medication.

She can’t make him do anything he doesn’t want to do.