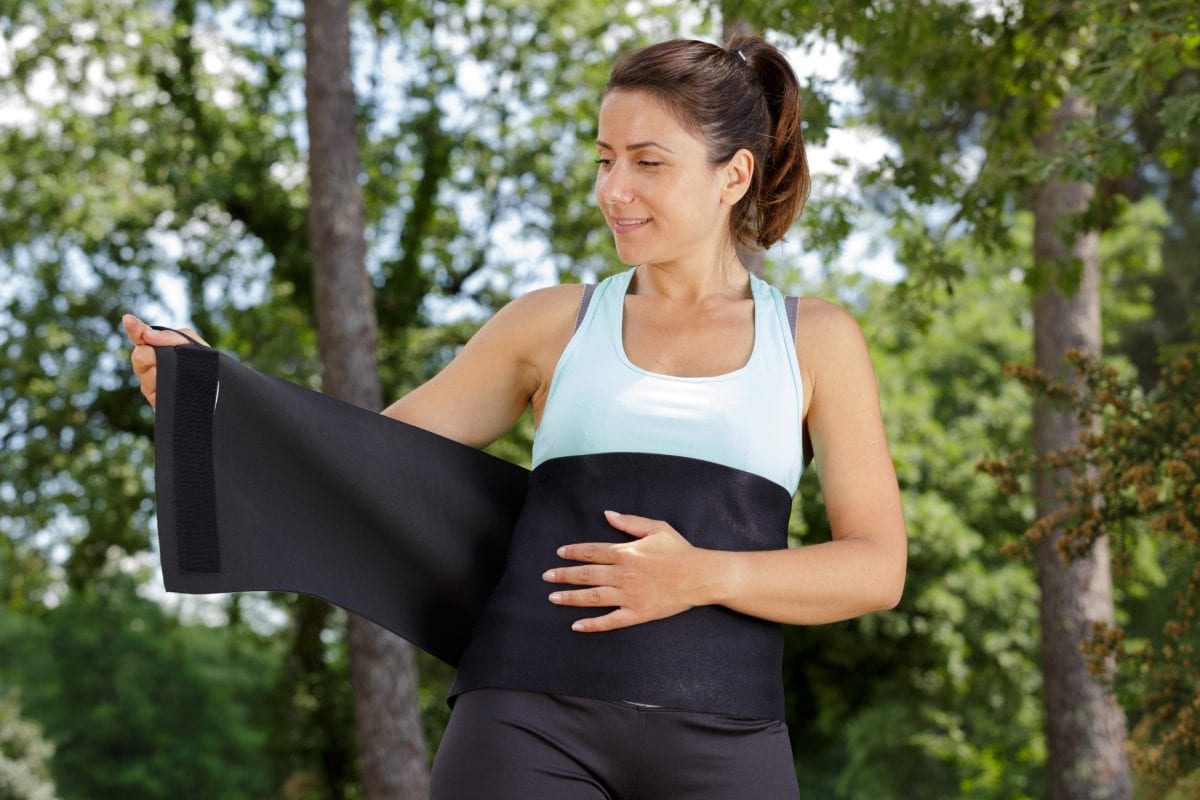 Most women desire to have an hourglass shape but in reality only a few have it naturally. Since factors like genetics, diet, exercise, and lifestyle play a huge role in a woman’s body shape, waist trainers have become the quick fix for some women who desire a curvier appearance.

Waist trainer advocates, in recent times have argued that it could help get rid of a few inches of fat layers in the stomach and waist area, in order to achieve the hourglass shape.

Despite the obvious discomfort often felt when wearing a body shaper, it remains a highly-sought after fashion accessory for many Nigerian women, all thanks to celebrity endorsements.

All pain, no gain?

But, do they really work? PREMIUM TIMES sought the opinions of some Nigerian women, waist shaper vendors and medical experts.

According to Folakemi Ajani, 27, who swears by waist trainers, she has purchased about eight different brands of waist trainers in the last six years with the hope that at least, one would flatten her tummy.

“My observation is that when I wear it, it redistributes fat from my tummy to other parts like my underarm and everything goes back to its place once I take it off,”

She added that she often has difficulty breathing, inability to sit comfortably and pains in her spinal area, whenever she has the trainer on.

“It is not as comfortable as the sellers and celebrities portray it,” she said.

Tinuke Brimoh, 32, said, there is a lot of white lies and make-believe behind the advertisement copies of body shapers.

”A lot of Nigerian celebrities have created publicity for several brands of waist trainers, with some of them claiming that it has helped them achieve or maintain their enviable waistlines.What they fail to tell their gullible patrons is that they achieved their hour glass shape by going under the knife.”

Speaking to this newspaper, Diyemowei Oluchi, who owns a popular collection of waist trainers and other shape wears known as “Adorable Shapers’ on Instagram, explained how her products work. She said,

“Most waist trainers, especially the latex waist trainers have a thermogenic effect which helps boost the heat at the body’s core. This helps you burn belly fat faster while reducing your waistline when worn for 6-8 hours daily. If this is done consistently you can get an hourglass shape in 8-12 weeks depending on your body type.

She, however, admitted that waist training cannot replace healthy eating habits and workouts for weight loss. She also highlighted some of the problems that might arise if a wearer misuses a waist trainer. She said”

“Do waist trainers work? Most definitely but it is not a substitute for a healthy lifestyle. You should exercise and eat right to see better results while waist training. You cannot eat like a glutton and expect magic in your waistline simply because you waist train.

“Waist trainers should not be worn for longer than recommended. You shouldn’t also sleep with them as this might cause breathing problems or heartburn. Take it off immediately if you feel any discomfort.”

She admitted that wearing waist trainers alone cannot help get rid of belly fat and added that it has to be used alongside a proper diet and workout.

“Using waist trainers along with a proper diet, that is what will give you a fantastic result,” she said.

She, however, said that the quality of waist trainers being sold in recent times cannot harm the wearer in any way.

“The waist trainers that you wear that pinch you by the side is because you didn’t get the right size or the right type for your body shape.The waist trainers produced these days will not affect you because they are latex products and mostly produced with flexible steel bones.

‘‘The latex products are skin-friendly and can’t harm you in any way, except you buy the ones that do not conform with your body shape,”

Also speaking to this newspaper, a Nigerian medical doctor and health educator, Damian Avar, popularly known as Sabi Doctor, said waist trainers can only be used to create a temporary hourglass look, but cannot be used to burn belly fat permanently. In his word:

“It’s okay to use waist trainers if all you want to achieve is to create an illusion of having a perfect figure eight. I mean, you can strap yourself with one to a dinner date to make a huge physical impression on your date. So far you can bear the momentary discomfort, no qualms.

“However, I have a problem when people start using them because they want to permanently lose abdominal fat. That’s akin to planting maize and expecting to harvest beans or cocoyam. It doesn’t work that way.”

He added that when the waist trainers are taken off, the compressed belly bulge returns.

“While the trainers can squeeze your belly fat and internal organs to temporarily create the illusion of a slender, figure eight-y waist, hours after they are taken off, the belly fat you tried using deception to banish will return without fail as if they never left. They always do,”

Mr Avar also said that overusing waist trainers can lead to some medical challenges, especially for people already nursing some illnesses like ulcer and asthma.

“Apart from the instant pain and discomfort of having to wear one even for short durations, things can get really bad for you when you overuse them. For example, you are at an increased risk of developing piles (hemorrhoids) from prolonged use of waist trainers.

While the health hazards associated with wearing shapewears rarely come to the fore, health experts continue to advise the wearers to be wary of the complications that may arise as a result of misuse.

In an interview with The Daily Mail, Richard Bricknell, director at the Bristol Physiothwerapy Clinic in England, revealed that wearing shapewear can lead to panic attacks, hyperventilation, and even stress incontinence due to the pressure on the stomach and displacing of the wearer’s diaphragm.

Sabi doctor reiterated Mr Bricknell’s warnings by adding that acid reflux, a digestive system complication, can arise as a result of wearing the waist trainer too tight and for a long time. He said,

“Another problem is that you stand a risk of suffering from GERD (Gastro-Esophageal Reflux Disease). The pressure of wearing the waist trainer too tight can send acid from your stomach up into your esophagus. This can lead to a serious case of heartburn and recurring cases of acid reflux can wear off the wall of the esophagus.”

The medical expert also said waist trainers restrict your diaphragm, thereby reducing the amount of oxygen you can take in. This, he said, can lead to light-headedness and can cause the wearer to faint.

‘‘This is especially bad for you if you have asthma. You can even fracture your rib(s) in the process, or you may end up pushing your internal organs into dangerous unnatural positions,’’