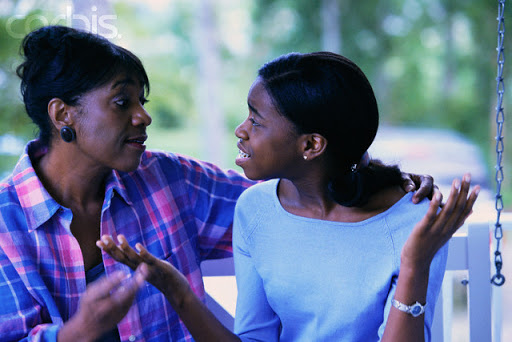 A Twitter user, @DoreenGLM’s tweet is raising some questions about parenting. Becoming a parent is celebrated and people look forward to being one, however, not many parents are fit to raise children because of many reasons other than providing for them.

Are you fit enough to raise wholesome children who have their own voice?

Read her tweets below

Kids are not emotional support pets to only help you fill a void that you believe exists within you. To help you feel unconditional love. They grow up and stop being cute, dependent babies who listen to your every word and command eagerly. What do you do then? How do you treat them then?

Too many people have kids just to have BABIES and are completely blown away by their child/children becoming their own person/people. Then they become engaged in a lifetime battle of control for the rest of both their existence. How crazy and overbearing is that?

A close friend of mine has fibroid and she cannot mention it to her mother. Only because her mom has been hounding her since she was 21, to get married early because fibroids run in their family and she is worried about reproduction issues. My friend has spent 12 years dating every Obi, Emeka and Chike.

Her mom swings her way, to no avail, because they are not her type at all. My friend has bought into the specifications of her mother’s type, “Nigerian, Igbo, Professional, Christian with traditional values”.

She is an accomplished, professional and successful woman yet she hasn’t swayed from dating the same specification of men since I met her in my early 20s. She worries about the stress of explaining dating a different sort of man to her mom. She butts heads so much with traditional men, it is obvious to me that it is time to move past that.

It just doesn’t work because she is beautiful, extremely accomplished and has a powerful aura but her mother’s type flocks to her, they yearn to control a woman like her. To have a woman like that look up to them, is too heady to pass up. My friend is very successful, but many times she whispers her new accomplishments, because she hasn’t met her husband.

Life for so long, has been told would really start, once she gets married. She cannot enjoy her accomplishments, as she should, because she isn’t. Her mother’s constant disappointment in relationships not working out, has caused her to date any type of man, in order for one to work out.

Finding out she had fibroid recently was very crushing to her. She felt like she had failed her mother’s timeline for her life. Her mother’s worst nightmare coming true. She would rather get surgery without letting her mother know. And this is extremely normal behavior for children.

Lifestyle Coach, Eva Alordiah Shares Her Thought On Why So Many Intelligent Women Are Stuck in Toxic Relationships

We often hide the difficult experiences we are having from our parents, because they often make the problem seem worse. We have to deal with their entitled emotional reactions, when we ourselves are in a fragile state. Several people are living their parent’s dreams, married to people who are their parents types.

It takes so much understanding and selflessness, to breed children who are not plagued with guilt for choosing to listen to themselves, instead of what their parents want for them. The bar for parenting is resting on the floor.

We are grateful that parents fed, clothed us and sent us to school. This is the minimum expectation of deciding to bring children into the world unasked.

What we should laud is patience, listening, understanding, empathy, reliability, ability to admit wrong, ability to discard ego and realizing that children are more than just extensions of yourself, they are their own persons.”