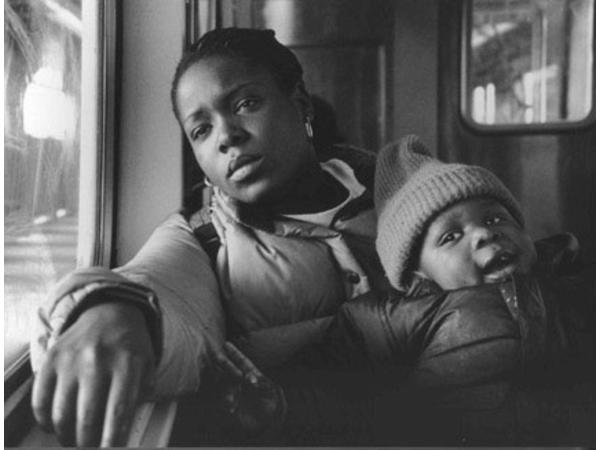 Divorce is a difficult conclusion to what was once a beautiful love story. Even the friendliest divorce makes life more complicated for you, your kids, and their other parent—and too often divorce is the opposite of friendly.

That said, for many women divorce is an optimistic act, an affirmation that they believe there’s a happier future waiting for them, if they hang in there through the hard adjustments.

In that spirit, here’s some learned wisdom from been-there-and-back single moms, some newly separated, and others with their unhappy marriages more than a decade in the rear view.

1) Decision-making can be much easier.

“I remember when my ex first moved out my son and I painted a wall bright yellow simply because I wanted to. Before, everything had to be ‘approved’ by him, so hanging up a picture could take days! Painting the wall yellow was symbolic of my freedom.”

2) Single-mom friends are a must.

“A lot of the things you face are not the same as your married friends. It can be really helpful to have a little tribe for yourself, people who understand the logistical and emotional implications of being a single parent and who will do favors for you: pick up the groceries, go get your kid.

It feels a little weird asking married friends to do this, because they don’t quite get the priority or urgency of what you’re asking. And it’s important to have other parents to talk to about things that are unique to your situation.”

3) You may regret having been “nice.”

“I didn’t insist on child support, because I wanted to maintain a friendship with my ex and I was the one leaving. I felt that acting in ‘good faith’ would be more beneficial to our long-term relationship, and that showing I trusted him would beget trust.

But you really need to protect yourself financially. When things got really critical with our son later on, I had to take him to court and it was a big drama. At the time I thought we’d be friends for the next 20 years, but there were later stage consequences for my naivety.”

4) Aiming for perfection is a waste of energy.

“When we first split up, I felt like I needed to be ‘extra’ for my kids—extra attentive, extra fun, extra ‘on it.’ I guess I thought that if I was supermom, it would make the divorce easier for them.

But I was exhausted, so that didn’t last, and I’m not sure they really even noticed! Once we were settled, we all relaxed into the new normal. The important thing is to be there for them in the way they need you, not to kill yourself making everything seamless.”

5) Your ex may piss you off in new and different ways.

“We’ve all heard the stories about how the mothers did all the work and the dad zoomed in and out, basically only doing the fun stuff. Honestly, I didn’t think I’d care or mind. I was wrong.

When I am struggling to figure out if we can swing Hulu Live or if we should stick with the basic Hulu with commercials, it doesn’t feel great when he gets her the latest iPhone or takes her on an expensive vacation. But I think the kids understand more in the moment than we realize, especially as they get older. They get it.”

6) Divorce can make you a better mom.

“My ex and I had different styles of relating to the kids and moving through the world, and when we were together, to be respectful to him, I found myself holding my tongue when I didn’t like how he was handling something.

After we split up, I found my own voice and I became less reactive and more calm and measured in my approach to my kids. It made me a better mom when I could really listen to them without someone else’s voice there. And I think it made them appreciate our differences.”

7) Your friendships will change.

“Some people don’t want to choose between divorcing partners. If they don’t choose, they won’t be close with either of you. Lean in to the people who choose you and build stronger friendships with them.”

8) The transitions are intense.

“I’m lucky that my kids are with their dad half the time and that I don’t have to worry about them when they’re with him. But it can be really hard to be so involved in every little thing, like the test they’re studying for or friend drama or whether they have all their stuff for a few days, and then … silence and an empty apartment. It’s very all-or-nothing and sometimes I feel like a tornado blew through. It’s lonely when they first leave, but also kind of a relief!”

“Sometimes I’ve had to pretend to be friendly with my ex, for the good of my kids, to get what I want and what they need.”

10) There’s pressure to pair off again.

“If you get involved with someone else, there is a ton of pressure to move that person in and get remarried, at least where I live. It puts extra pressure on you and your family and it can short circuit your healing process. Getting over a marriage ending is not linear—I’m five years out and a of the time I feel good, and then I see there’s some other piece to deal with.”

11) You’ll be the odd woman out sometimes.

“You may not always feel like you fit in at things like parent gatherings and get-togethers where it appears that the whole world has significant others. But it’s OK to relish the fact that you now have freedom and that you’re not bogged down by your marriage.”

“You must take time for yourself or you won’t be worth anything to anyone. That old saying is true, put your own air mask on first. When other people offer to help care for the kids, take them up on it! Don’t try to be a martyr.”

13) The day-to-day is less frustrating.

“My married mom friends are always talking about how they are resentful about not getting more help or how their partners don’t get it. I don’t have that…and I love it! I don’t have to rely on other people to make my holidays nice and no one criticizes me for making an easy dinner after a long day. I do kinda miss having someone to take out the trash, but now my daughter is old enough to help with those things, too!”