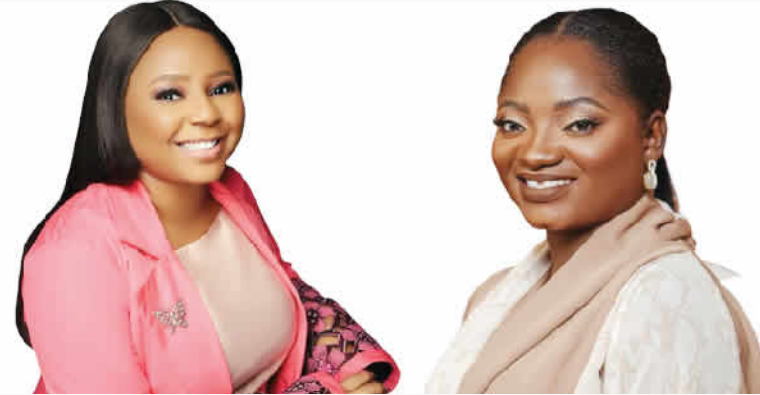 Polycystic ovary syndrome otherwise known PCOS is a hormonal condition, and is by far one of the most daunting  issues for women to handle when it comes to fertility problems.

Apart from being a potential spanner in the wheel of fertility for women with the condition, it can cause the monthly periods to stop or become difficult to predict, can cause acne or unwanted hair patterns, and raise your chances for other health problems including diabetes and high blood pressure.

Some Nigerian women who live with the condition have recounted their not-so-good experiences. According to them, they have suffered from various medical experiences that range from irregular menstruation to unwieldy weight gain and struggles with fertility, among others.

One of the respondents, Mrs. Abimbola said that by her mid-20s, she was menstruating only once or twice a year. She said:

“I gained weight so easily, I often joked that I could gain weight just from breathing. Facial hairs became prominent in my late 20s and my voice got huskier. Often, I need to correct people on the phone that I am not a man.”

Six years ago, Abimbola was diagnosed with polycystic ovary syndrome —a condition commonly linked to an irregular menstrual period that occurs in women of reproductive age.

The Clinical Director, Androcare Fertility Clinic, Dr. Adeleke Daramola, said that PCOS is one of the common causes of ovulatory problems after hyperprolactinemia — a condition of elevated serum prolactincharacterised by infertility, irregular periods, change in menstrual flow, pause in menstrual cycle, loss of libido, lactation (galactorrhea), pain in breasts, and vaginal dryness.

Women with PCOS also experience back pain, sleep apnea, easy tiredness. The cause of polycystic ovary syndrome is not known, experts say, warning that it is linked to genetic predisposition. Daramola said:

“In Nigeria, there’s no definite prevalence rate of the condition among women but averagely, three in 10 women who come to the clinic for infertility problems most likely will have polycystic ovary syndrome. So, it’s actually common in Nigeria.”

Though experts say there is no cure for the condition, they note that medical assistance and healthy lifestyle can improve patients’ wellbeing.

Untreated polycystic ovary syndrome can lead to complications such as type 2 diabetes, miscarriage in pregnancy, and endometrial cancer;

“But, with early diagnosis and treatment, women with PCOS rarely develop complications and the complications can be prevented,” he added.

Mrs. Abimbola stated that of all her symptoms, the most worrisome was amenorrhea — absence of menstruation.

“My mum was greatly worried; she asked me to take all sorts of hormone tests. But I didn’t do them since I was not in any long-standing relationship.

“Anyway, I didn’t really miss the periods myself. But the weight gain gave- and still gives me issues,”

A Consultant Obstetrician and Gynaecologist, Dr. Oluseyi Adelekan, noted that having a hairy chest and beards alone does not mean a woman has polycystic ovary syndrome.

“It has also been found to be hereditary and it’s also associated with insulin resistance. Insulin is a major hormone that helps with the maintenance of glucose in the body. If it’s high and the body is also resistant to it, it’s associated with polycystic ovary syndrome,”

Menstrual problems can make it more difficult for women with polycystic ovary syndrome to conceive naturally, but with medical assistance and lifestyle changes, most women with the condition eventually give birth.

READ ALSO: How Moni Onibata Diagnosed With PCOS Became a Mother of Three

That was the case for Abimbola, who eventually conceived her only son after losing some weight. Though she tried to have another child when she was in her early 40s, the doctor advised that the fertility intervention she wanted to explore was not a good idea. She said:

“Combined with a condition my husband had, it gave us a poor outlook and the doctor just advised us to enjoy our child. I have not bothered since then.”

Now 49, Abimbola has resorted to living healthy and maintaining a strong self-confidence.

Another respondent, Mrs. Seyi Amao, said that before she was diagnosed with polycystic ovary syndrome in 2017, she had thought it was normal for a woman to miss her menstrual period.

Coupled with a painful menstrual flow when she was 11 and the irregular flow at 18, Mrs. Amao decided to see an obstetrician & gynaecologist. Mrs Amao recalled:

“The gynaecologist asked if I was sexually active, but I was not, but I saw my period the next day and I just thought it was normal to see your period once in a year.

“This happened to me from when I was 18 up until I was 25 and I wouldn’t see my period more than once in a year.

“For me, the irregular period was what I noticed and I started gaining weight and from 25, I started struggling with my weight and hair under my chin.”

“What now became a complication for me was in 2015 when I experienced prolonged bleeding. I bled from April to September non-stop, every day.

“I was living in America at the time and I was moved back to Nigeria but I stopped briefly in England for a check-up and they said it was not polycystic ovary syndrome,”

Unsettled by her experiences, she visited the hospital in Nigeria where she was diagnosed with polycystic ovary syndrome in 2017 and endometrial polyps in 2018. She said:

“It wasn’t until 2018 that I was able to get a diagnosis for the bleeding. Even though polycystic ovary syndrome was confirmed, I wasn’t sure of what was causing the bleeding, until I found out that it was endometrial polyps.”

Endometrial polyps are small, soft growths on the inside of a woman’s uterus [womb]. They come from the tissue that lines the uterus, called the endometrium.

Within one year, Amao said, she has had two surgical procedures to remove the polyps, though her doctor told her that it could regrow if her hormones get out of balance.

“The first time they removed the polyps from my uterus was in 2018, but, unfortunately, it came back again the next month. I was bleeding again and by July 2019, I had another procedure.

“The hormonal imbalance can cause a lot of internal damage and that is what people need to pay attention to,”

Ever since, her focus has been on maintaining a healthy weight and making sure that her body mass index is at the right rate.

“We also work on managing our stress, water intake, sleeping, sleep apnea is one of the issues you have with PCOS.

Focusing on getting adequate rest goes a long way. Having a community of women going through the same thing goes a long way in helping to encourage one another,”

Though polycystic ovary syndrome can cause infertility, Amao said, it should also be seen as an overall women’s health issue.

“With polycystic ovary syndrome, it’s a lot of things. A lot of people talk about weight gain, facial hair, and all those psychological things. It progresses till when you get married when you’re not able to conceive easily.

“And for some women who have been able to conceive, other complications include high blood pressure, which is common with women with polycystic ovary syndrome, fatty liver problem, and in the worse case, ovarian cancer and diabetes.

“I think a lot of people need to start paying attention to the health aspect of polycystic ovary syndrome, not just being able to conceive,”

Now 32, Amao is familiar with the struggle of falling pregnant with PCOS. She shared further:

“I’ve been married for five years now and I haven’t taken in, but my main concern is that I am dealing with blood pressure and insulin resistance. I’m dealing with the inflammatory type of polycystic ovary syndrome.

“Complications are in multiple folds, but the best remedy, which I have been advised to observe, is to adopt lifestyle changes because there are certain food groups that are not good for women dealing with polycystic ovary syndrome.

“They need to get rid of processed foods, dairy products, eat more foods that are close to the grounds like sweet potato, vegetable, fish, and things that will help your body break down fats.

“For me personally, I’ve been focusing on weight loss and lifestyle modification. I’ve switched from animal milk to plant-based milk.”

In her bid to create awareness of the condition, she started a platform called ‘PCOS Conquerors’ to share what she’s going through and connect with other people with the same condition.

Another respondent, 33-year-old Oluwatosin Ajibade, popularly known as Olorisupergal on Instagram, is familiar with the struggle of having to shave facial hair down to her neck.

ALSO SEE: How This Woman, Elizabeth Dreyer, Won Back Her Life From PCOS- Induced Weight Problem

When she started having a protruding stomach, people thought she was pregnant and would congratulate her. She was diagnosed with polycystic ovary syndrome in 2016.

“I had noticed the hair on my chin down to my neck, my stomach was getting bigger and I had skin patches, I felt tired easily and stressed,”

Continuing, Ajibade said, “People asked if I was pregnant or some would say ‘congratulations,’ without knowing what I was dealing with,” she said.

She changed her meals to plant-based food, which made her launch ‘Healthy Living With Tosin’ on Youtube in 2020.

“I started exercising, learnt how to swim, I have an urban garden which I grow my herbs and vegetables. All of this a cycle and the important one is to drink water and rest well.

“I’ve been managing it by cutting down some foods I was used to. I’m now on a plant-based diet, which helps my hormones. I drink water and rest well.

“Starting the plant-based diet was a tough decision I had to make, but when I started seeing changes. I was glad I took that step,”

According to Dr. Adelekan, who is also a fertility expert and popularly known as @askdrseyi on Instagram, said treatment option depends on the problem presented. However, the treatment is almost the same.

“It can be non-pharmacological, surgical, or in-vitro fertilization. Non-pharmacological means there is no use of drug or surgery. It’s mainly lifestyle modifications. If you’re obese, you need to lose weight as much as possible.

“If you can lose about six to 10 percent of your body weight, a lot of these things will be reversed.

“So, as much as possible, do regular exercise, eat a diet that will help you reduce weight and that will help in achieving normal menstrual cycle or start ovulating so that you can get pregnant.

“Medical treatment depends on if you need to have your menstrual cycle normalised. Some drugs can be given; and for those that are trying to be pregnant, some drugs can stimulate you to start releasing eggs and help you with getting pregnant.