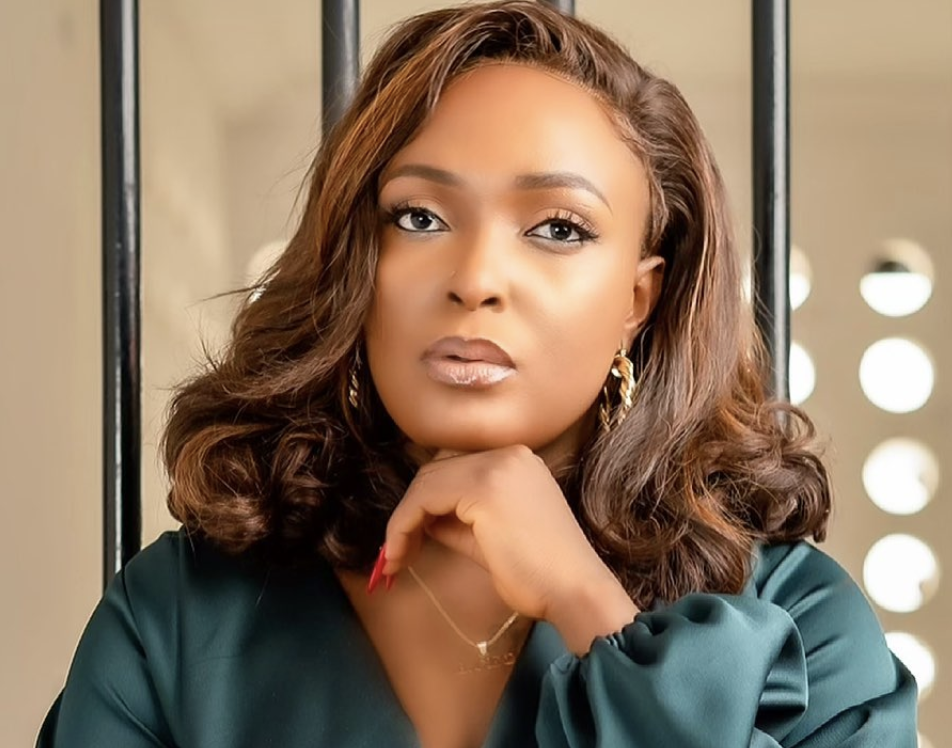 Nigerian blogger, Blessing Okoro has finally opened up on some of the things that led to the end of her marriage. The relationship therapist and controversial blogger is a single mother of two who has had an unpleasant relationship with men.

Blessing, who once disclosed that she got married at the age of 18, in a post shared on her official Instagram page revealed her first marriage crashed because of lack of communication.

According to the sex coach, who had earlier disclosed that she suffered domestic violence at the hands of her first husband, while she was married, her now estranged husband replaced communication with sex.

Blessing who emphasized on the importance of communication in a relationship, disclosed that each time they had an argument instead of talking about it to prevent it from happening again, they make out and then he will repeat the same wrongdoings over and over again..

Blessing further emphasized on the fact that communication is so underrated in relationship and marriage and it cannot be replaced with sex.

Social media user concurred with her remarks and some said they can totally relate to it although they are not married.

READ ALSO: ‘I started having sex at the age of 16 & got married at 18’ –Watch Blogger & Single Mom, Blessing Okoro’s Interview On Her Life & Failed Marriage

“My previous marriage damaged because my EX wanted to replace communication with sex. Each time we had a misunderstanding he come to have sex just so I wont talk about it, then he will repeat same thing over and over again.

Sex cant replace communication. One of the many reasons my previous marriage crashed… communication is so underrated.”

I am not married yet but I can relate. Some even buy gifts ,some tend to ignore and act as if nothing happened. Talk about everything. It’s not nagging, it’s ‘communication’.

This will be the 5th excuse blessing has given. But Na Tega husband justification we dey digest for now. Sit this one out ble ble.

There are always two sides to a story—check well It is always the people who accuse people of been bad communicators that are the worst. How are we sure you did not form a wall around you that hindered him from communicating with you properly—. 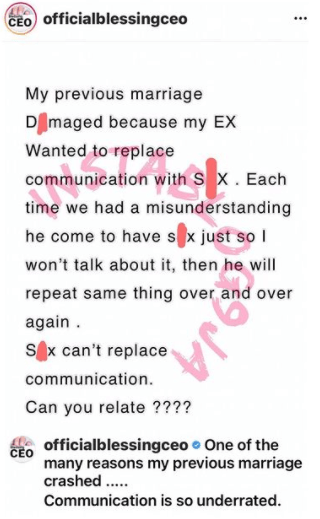