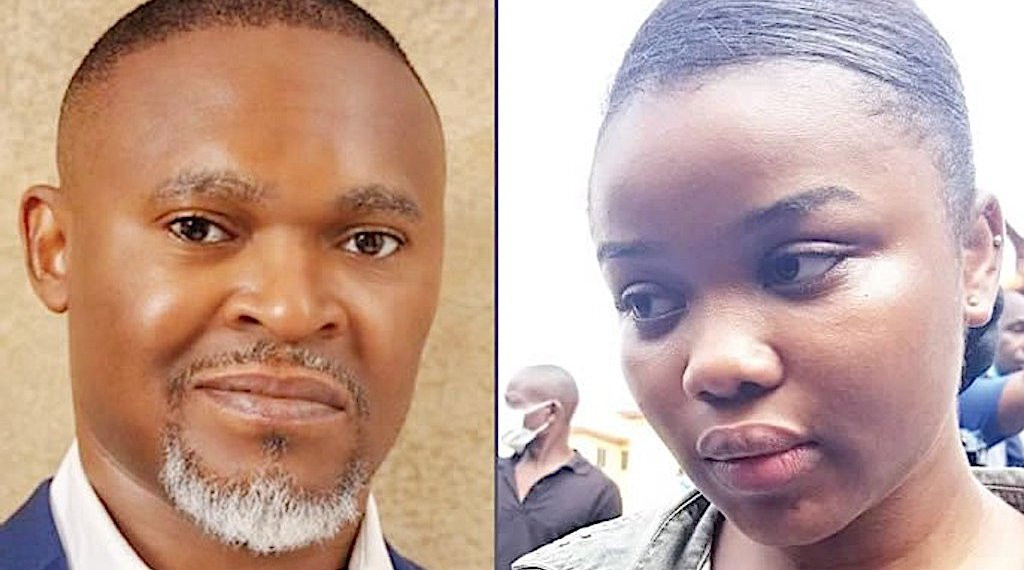 The hearing in the murder case of the chief executive officer of Super TV, Michael Usifo Ataga, was held yesterday November 11 at the Lagos State High Court, sitting at Tafawa Balewa Square TBS, with a witness, Nkechi Mogbo,  narrating how different leads pointed to Chidinma Adaora Ojukwu as the prime suspect in the case.

Mrs Mogbo, the witness, is the owner of the short-let apartment at 19, Adewale Oshin Street, Lekki Phase 1, where Ataga was gruesomely murdered and his body found.

Chidinma, 23, and another defendant, Adedapo Quadri, were earlier arraigned on an eight-count charge at the Lagos High Court over the murder of Mr Usifo.

Mrs Mogbo, who was sworn on oath, was presented by Olayinka Adeyemi, the director of Public Prosecution, to assist in the murder trial.

Giving an account before the court, Mogbo said that because she was new to the property business, she advertises her apartment on property websites like Airbnb for a short stay and have agents on the market that advertise for her.

“It is a self-serviced apartment, fully furnished with TV, DSTV subscription, internet, kitchen alliances, 24 hours power supply, and others. The only time we come to clean is just to take out trash, that happens every two or three days,”

Mrs Mogbo said when clients get access through the agents or via the websites, they get direct access to her for booking and possible negotiation. She said:

“On June 13, it was on a Sunday, I was at home. About 4pm, I got a phone call from a private number, the first I ignored and the second I picked up. Then there was a lady who said she saw the apartment online and enquired as to whether we have the necessary facilities, which I responded yes.

She said she would like to have a look at it and I said she could. She sent a message on WhatsApp with the picture of the apartment obviously indicating where she got it from. I sent her the address and she confirmed she would be on her way to the place.”

Narrating further, Mogbo said that she further put a call through to the security, Abubakar, explaining that the lady would be coming to see the place. Upon checking, the lady, who identified herself with the name ‘Jewel’, said she would take the apartment for three days.

“She asked for payment details, which I forwarded across to her, within a couple of minutes, she sent the proof of payment of N125,000. It contained the initiator of the payment, Michael Usifo, from a GTB account, the time and date of the transaction, and my name as the recipient,”

SEE ALSO: ‘Finding Out About Your Death…’ -Bereaved Wife, Mum Of Super TV CEO, Usifo Ataga Mourn At His Funeral

She said that following the payment, the security man handed her female client the key to the apartment on the same day.

“Two days after, at about 5:30pm. – June 15, she was due to check out on June 16, I got a message from the lady that her friend would like to extend for three more days, and that he would be making the payment the next day, which would be on the 16th.”

She said at 10 am. on June 16, she received a credit notification from the same account, confirming payment of N50,000 for two additional days by the same Michael Usifo. She shared further:

“Hours later, I put a call across to my security man on a different issue, upon which he made a remark that they had noticed a body on the ground of the said apartment.”

Mogbo told the court she immediately started panicking but asked the whereabouts of the lady because the security man confirmed the deceased was a guy. She went on:

“He said she left the night before at about 7:30pm to 8pm and didn’t return. I got off the phone and tried to reach the lady. I put a call across to her but she cut the call. She then sent a message saying she was in a meeting. I didn’t want to alert her as to what I was aware of.

I carried on, saying the payment which she sent in the morning, unfortunately, wasn’t credited. I told her, so can you make the payment again because I made a mistake to acknowledge receipt?

She said she would reach her friend for him to make the payment. Couple of minutes after, I got another initiation of payment for the same sum of N50,000 from the same initiator, the person of Mr Michael.

When she made the payment, I was already on my way to the property to get a proper understanding of what had happened, after which I went straight to the police station.”

Mogbo added that she sent a message to the lady that she had received the initial N50,000 which she (the owner) claimed she didn’t receive, and that she had given the security man the cash of the extra N50,000, so she should pick it from him. In her words:

“I devised the means to lure her to come to the property after the security had confirmed she left the day before. She sent a message that she would like to use the N50,000 for another two days.”

Mogbo further narrated that she filed a report at the Maroko police station, and police officers followed her back to the apartment to get photographs and a better understanding of what happened.

She told the court that she wrote a statement and the police arranged for the body to be taken out to the morgue and took his personal items including the car as evidence.

She said she reported back to the police station the next morning, and they went to state CID, Yaba, where she met with the Deputy Commissioner of Police. Mogbo said:

“I was made to write more statements and was detained for seven days, to assist with the case. During this time, I was interviewed, they collected different evidence.

On the sixth night, I was called by the DCP to his office; there was a young lady present, two older ladies, and a couple of officers. He asked me if I could recognise the young lady and I said no.”

She said it was at that point she remembered she had a picture saved on her phone, and that she pulled out her phone and asked the lady if it was her, to which she confirmed yes.

During the investigation, the security man passed the phone number as a possible lead. He saved the number and was able to get the photograph used as the profile picture. She narrated.

”During the police investigation, when my phone record was printed, the same number also matched my incoming call number on Sunday 13th June, which the caller tried to hide, but couldn’t hide from the network providers.”

Mogbo further told the court that the suspect, now identified as Chidinma, avoided calling with her phone number as the Whatsapp chat history between them was with a foreign phone number, registered as an American number.

She added that she provided all the chats between them and sent to the police by email and also printed a copy while in custody.

Adeyemi, who led her in evidence, requested to tender the WhatsApp records as evidence in the matter. This was, however, met with objections from the lawyers to the defendants.

Onwuka Egwu, the lawyer to Chidinma, opposed the admissibility of the document as evidence in the matter.

“The document offends Section 102 subsection B of the Evidence Act. In her evidence, she went to the police to complain and during the investigation, records were printed from her phone.

This document has traversed from Maroko to Panti, to the DPP, by virtue of that movement, it has become a public document. It is not coming from her, it came from the custody. It is a document subject to certification for admissibility purpose,”

he said, citing the case of FRN vs Danladi.

The lawyer to the second defendant, Babatunde Busari, also aligned himself to the position of the first defendant’s counsel. He said the document flouted section 84, subsection 2 of the Evidence Act as there was “no endorsement from the Commissioner for oath.”

The lawyer to the third defendant, A.O. Odunsanya, said he had no objection to the documents being admitted as evidence.

Adesanya, from the DPP, further argued that the documents are relevant to the case and original to the witness because she printed the documents herself from her phone using the printer of the police.

In her ruling, the judge, Yetunde Adesanya, said the objections of the lawyers to the defendants failed and are accordingly overruled.

Adesanya said the Evidence Act was clear as to what a public document is and the documents before the court are owned by the witness, who was tendering them and not the police or the DPP. She admitted the documents as exhibits E1.

The lawyer to the first defendant sought an adjournment to cross-examine the witness, saying Chidinma has not had the opportunity of look at the documents as they received them on Tuesday in the open court.

The lawyers to the second and third defendants said they have no cross-examination for the witness, as the totality of the evidence does not touch on their clients.

Adesanya adjourned the matter till November 15 for further hearing.