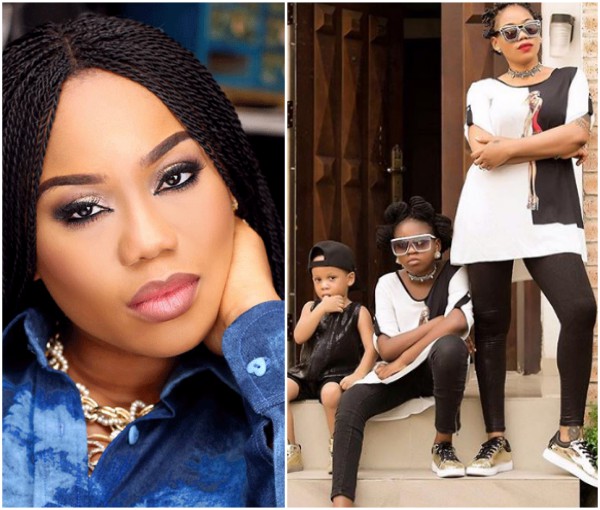 Yesterday, serial entrepreneur and single mother of two adorable kids, Toyin Lawani, caused a stir when she revealed in an interview that she doesn’t believe in marriage.

The popular fashion designer/stylist was reacting to the news of Canadian singer, Keisha Chante, who called off her engagement to a former Canadian Ice Hockey player, Ray Emery, who she dated for 7 years.

“I don’t believe in marriage anymore because I feel marriage is just a subject people take too serious. It is a serious institution but I feel like everybody deserves to be happy but you don’t need marriage to define happiness” she said.

Last night, she took to social media to elaborate on why she doesn’t believe in marriage. According to her, especially in this part of the world, men get married just to have kids and control the woman. 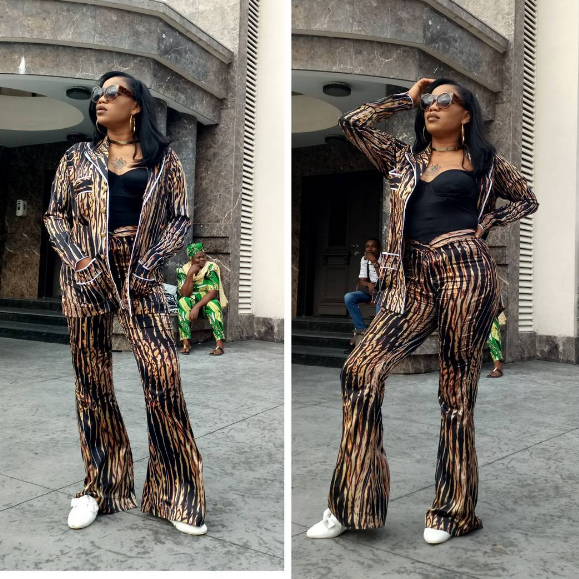 She also explained that marriage is just a platform which humans need to use in defining and consoling each other, but at the end of the day, the man cheats, all that money lavished on wedding becomes a waste and then put the wife through shame.

Her candid advice is, marry your best friend who would not bring shame to your home.

”If I didn’t say????this it will be a case of I said that, please remember that we all have our notion about life and the situations we have been through, have overtime, influenced our thought process.

Marriage is just a platform which humans need to use in defining and consoling each other,but at the end of the day, men just need kids????????cause it’s important & we are the oven, most men think we belong in the kitchen.

They hate when women are in control. I write this from an informed position” been there, done that”.

As a woman, when you are at the receiving end in marriage, men just want to control you. I long for a situation where love strives & my drive for success is encouraged without my man being intimidated.

Most women make their men feel bad but I don’t, I’m humble & respect my man, age regardless.

They are our kings, But men will always be men & women need to align with that fact & not try to change that, even pastor Sef dey cheat, just pray to God to send you your Best friend, who will respect you enough not to bring shame into your home.

At the end of the day everyone deserves to be happy, but not to stay in a bad marriage at the expense of their Happiness. Men cheat & all that money lavished on wedding becomes a waste. You go through divorce & your kids will be subjected to mental punishment.

No woman on earth can Replace a father. I will rather spend my lifetime with my Best friend knowing we have each other till the end.

People need to stop getting hassled into marriage & in the process, settle for the available (wrong man). Let the will of God prevail in your life journey. If you have a partner for ten years and eventually get married then that implies you have settled for a true friend whose friendship will permeate your union.

Married women in this part of the world sacrifice the most & still subjected to abuse & disrespect from their spouses .Where is the principle of equity & fairness.