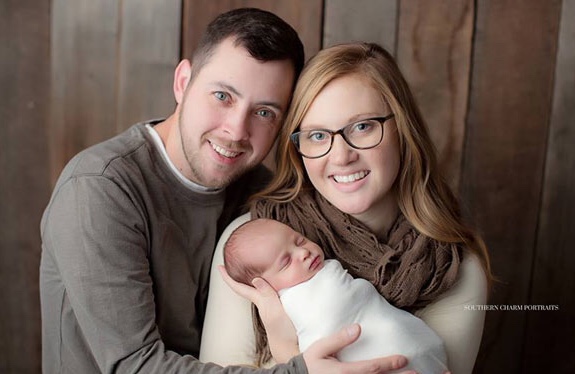 A Tennessee woman has given birth to a baby who was conceived 24 years ago. Tina and Benjamin Gibson decided to try a frozen embryo transfer after struggling with infertility for years.

“I never thought I would be able to have a pregnancy, and to have a baby, such a miracle, such a sweet sweet miracle,” Tina said.

READ ALSO: Even IVF Could Not Work! Read This Woman’s Miraculous Birth Story

At one time the couple had considered traditional adoption, but decided to try frozen embryo transfer.

6abc reports that they went through the process at the National Embryo Donation Center in Knoxville, not knowing the embryo they had chosen was frozen for more than two decades.

It also means Tina, who is just 26 years old, was carrying an embryo conceived just one and a half years after her own birth.

“Just a pure blessing from the Lord, you know, straight from God,

I think it’s just proof. It’s such a God thing, such a miracle I think she was chosen for us.

READ ALSO: Chrissy Teigen Claps Back at Rude Fan who Criticized her for Using IVF to Get Pregnant

I don’t think we chose her, I think she was chosen for us.”

Emma is now the longest-known frozen human embryo to result in a successful birth.