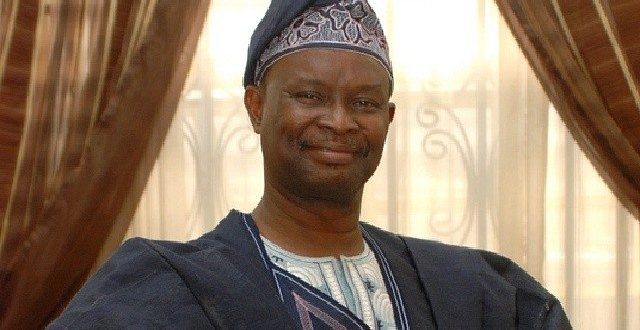 Weaning: How to Treat Engorged Breasts

Evangelist Mike Bamiloye, the President of Mount Zion Films Int’l turned 58 on April 13, which saw friends and followers flooding his timeline on Facebook with congratulatory messages.

Unveiling his childhood, the veteran reflected on how he was raised by older sister after his mother died when he was an infant.

According to the father-of-three, the absence of a mother in his life led him to lead a wayward lifestyle so much that he became a terror to everyone in his community.

”HIS GRACE HAS KEPT ME” – My Testimony

1 Samuel 2:6-8 KJV: [6] The Lord killeth, and maketh alive: he bringeth down to the grave, and bringeth up. [7] The Lord maketh poor, and maketh rich: he bringeth low, and lifteth up. [8] He raiseth up the poor out of the dust, and lifteth up the beggar from the dunghill, to set them among princes, and to make them inherit the throne of glory: for the pillars of the earth are the Lord’s , and he hath set the world upon them.

I am a solid testimony of Grace. Everything about me is about the authenticity of Grace. It was Grace of God that brought me thus far. And it is His Grace that will take me all the way to where He is taking me.

Whatever the LORD IS DOING PRESENTLY in my life, is as a result of His love and mercy and Grace. He just chose to use me. He just decided to pick me and make SOMETHING out of this NOTHINGNESS. 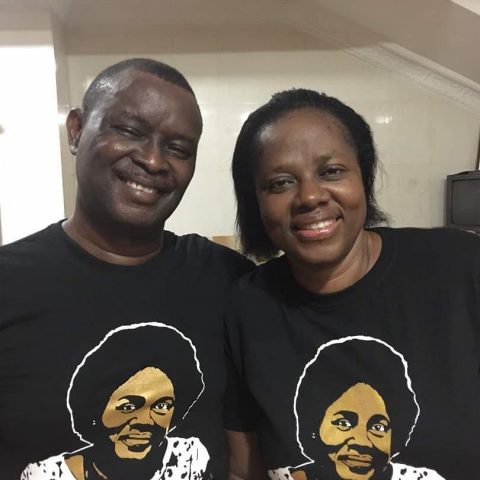 Beyond that time, I could not recollect anything about my earliest moment. I can still remember I was on the back of a woman, who had carried me and was heading to the market. May be I was two years old or three, I can now not tell. And who the woman was, I can now not tell.

Next earliest moment of my life I can still recollect was when I was sitting on the bare floor in the passage of our house, eating pieces of boiled yam, while I saw a lot of people walking in and passing me to the back of the house where a lot of people were gathering. People were coming in and going out. What they were doing at the back of the house.

Why they were coming in and going out, I did not know. But I thought I was in the age range of three or four years old. Later, I got to understand, probably, that was the day my mother died, and while people were either coming inside the house for condolence visit and going out, I was kept busy on the floor of the passage of the house with eating pieces of boiled yam. I knew nothing.

I was told I was in her womb while she did not know I was there, and she thought she had swollen belly. I was told she went to hospital several times and they did not discover the pregnancy, all what the doctors were seen was that her belly was swollen with what they could not discern.

It was far later, a white doctor checked my mother again and told her, she was carrying a baby and the baby would be a great man.

So, I was told that my mother was sick throughout the pregnancy that stayed longer than normal time. I was told that after I was eventually delivered, the sickness lingered in her for another four years before she passed on.

READ ALSO: Meet Joshua Bamiloye, Son of Mike and Gloria Bamiloye as He Talks About His Parents, Family Business and More

THE DEVIL WAS MAD AT MY COMING AND STILL VERY MAD UP TILL NOW. He afflicted my mother for carrying me in her womb.

Usually, in a polygamous house, “everyone wife to herself and every child to her mother”. Therefore, I became the responsibility of my Elder Sister who was a student at the time. Because she could not sit down with me yet, she placed me with different relatives while she was struggling to find her footings.

Therefore, my beginning was a very bad one. My growing up was a very rough one. I schooled in many schools, depending upon where my Elder Sister felt I would fare better. I had my Primary 1 and 2 in Ilesha, I read my Primary 3 at St Murumba Lagere IeIfe; and 4 in Awe, Oyo where she was teaching; I had my Primary 5 at Methodist Primary, Oyo, living with a male teacher friend of hers when she was transferred to another far place.

And I had my Primary 6 in Agege, Lagos, living with a family relative. My Form 1 and 2 was with another close relation in Mushin, Lagos and my Form 3 was in the city of Ile-ife, when she brought me closer to her after she had gotten married. So, I completed my secondary education in Ile-Ife.

Because of the circumstances of my growing up, I can recollect that I was very bad right from the age of 7, while I was in Primary 1. I was living with an old woman who was a close relation at the time. My Primary 1 and 2 at the age of seven and eight was a very bad one.

I walked about the streets uncontrolled. I used to leave the house and follow masquerades for two or three days without anyone in particular searching for me. I used to hawk things sold by the old woman.

I used to search all the loads in the house for things that was not lost. I used to steal and pick the pockets at the age of 7 and 8. I ought to have been poisoned or killed because I was a very very very bad boy. BUT HIS MERCY AND GRACE KEPT ME.

It was at the age of 15, I came to know the Lord while in Secondary School Form 4. I grew up in the Lord very fast and by age 16 I was already preaching in the school Chapel. Towards the end of my secondary school days, I was already leading an Evangelism Team to various villages and we were missing classes.

It was in the end of the Year Variety Activities, while I was in Form 5, that I had my first presentation of Christian drama. My life got stabilized after I gave my life to Jesus Christ while in school. Every evil occurrence that grew up with me ceased.

My annual terrible sickness every month of April ceased. In the Teachers’ College, I had my first experience of what drama ministry was.

I saw altar calls through presentation of evangelical drama. I saw miracles performed by drama ministers. We stopped rain because we wanted to have our drama night, and we released the rain in the midnight after we were sure every student had got back into their hostel.

But it was in the College of Education I was introduced into the ministry of Drama Evangelism. It was there, I knew that was where the Lord had called me to serve Him.

Today is April 13, 2018. I am a year older today. Last year I was 57. Today, I am 58 by His Marvelous Grace. Several people the Lord used to bring me to this point of my life. Both family relations and ministry members and friends.

Do you now see what the Grace of God has done to me. He preserved my live and soul.

The Grace of God shows me Mercy and Favor.”