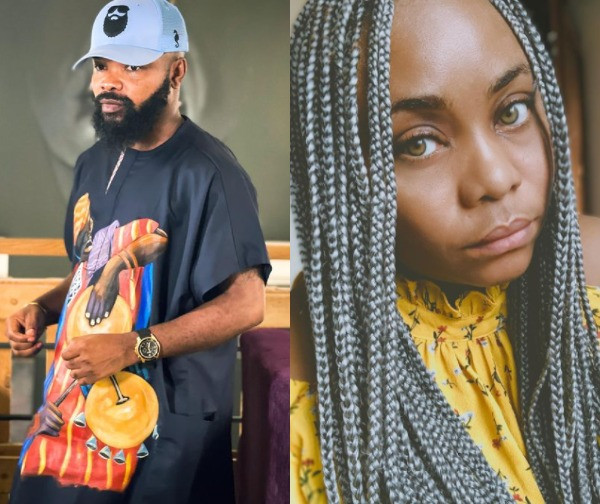 The saga continuous over the allegations and controversies surrounding OAP and comedian, Nedu Wazobia and his estranged wife, Uzoamaka Ohiri.

Recall that Ms. Ohiri had called Nedu out for domestic violence and being a dead beat dad. She alleged that he beat her up few weeks after she had a cesarean operation.

Nedu whose real name is Ani Chinedu Emmanuel, in his reaction denied the allegation of domestic violence but stated that their marriage which was contracted in 2013 but crashed in 2018, was filled with lots of issues and infidelity on her part.

He said he was forced to carry out a paternity test on all three children they had at the time and that the test showed he isn’t the biological father of their first son, even though he was born while they were still married.

Not backing out from the verbal war, Uzoamaka in a post shared on her Instagram page did not deny the allegation of having another child while married to the OAP.

The mom-of-three however accused Nedu of bigamy, marrying another spouse while still married. She also accused him of failing to cater for their two daughters.

SEE ALSO: OAP Nedu’s Estranged Wife Calls Him Out For Domestic Violence, He Reacts With Shocking Revelations From Infidelity To Son’s Paternity And More

”nedu_wazobiafm Please where are the divorce papers? We both are in accordance with being divorced. I need to sign too.

Even when you committed Bigamy, I was not moved. Try not to open Ajiwe police station issue again, as you know you faulted.

As regards the scar on your hand; that was the day I was with our infant daughter. Other @wazobiafmlagos staff witnessed the drama unfold. Nedu we fought and I finally won one battle. Deal with it !

As regards my son, you have already spread that certificate to the whole world. It is no longer, and has never been a secret.

It’s okay to say you do not have a problem with me… that’s for the gram. But why are your kids suffering?

Now that I have gotten your attention, all I have been demanding, is for you to man up to some responsibilities over our lovely kids and their welfare.

For 4 years I have been paying for the house rent and a lot of bills. You might not understand as you have never spent more than 12 hours with them.

We can also share the rent bills on a 50-50 ratio . I have been the only one paying for about 4 years,and trust me it has not been easy on me.

I have called, texted and tried to reach out to you via other direct and indirect methods, but to no avail. Please honour this request. 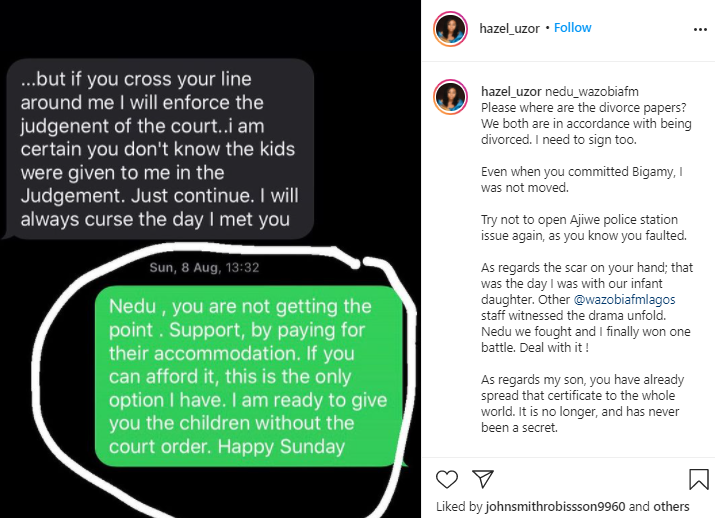