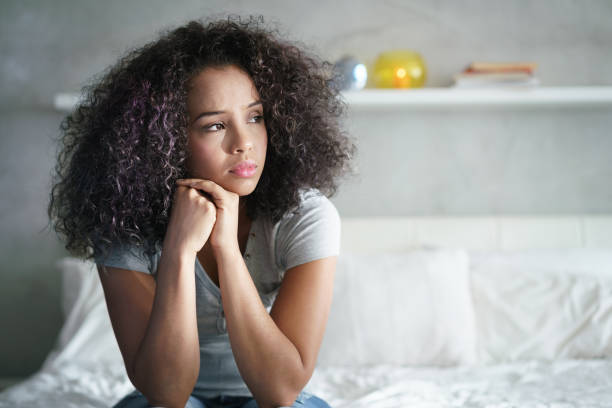 I’m a 27 years-old Muslim woman. I started dating this Christian guy in 2019 and it was all sweet and rosy from the beginning, I ignored the fact that we weren’t of the same faith. Soon all the rosiness became sour when I found out in 2020 that he was cheating on me with a younger girl. He apologized and I forgave him but was still deeply hurt because he never stopped and even proceeded to date other girls.

READ ALSO: Dear MIMsters: Is This A Good Reason To Break Up With Him?

At this point, I had become really in love with him that I didn’t know how to get out of the relationship. He would accuse me of cheating when he knows I’m not. All these made me doubt if he truly loved me back as he claimed. I’ll ask him several times, cry and beg him to tell me if he’ll rather be with the other girls or with me so that I can count my losses and leave, he’ll always assure me that it is me he loves and the other girls don’t mean anything. I stayed but I didn’t believe him, yet, I loved him deeply.

I moved in with him in 2021 when accusations of cheating from him were too much and I felt he’ll trust me more if I’m under his roof. Whenever he accuses me of cheating or whenever we have a misunderstanding, he’ll threaten to break up with me. I’ll cry and beg him not to and try to prove to him that I’m loyal, yet he goes about and cheats on me.

I’ll pray and cry to God to help me change him and yes, I saw a very big change in him as he stopped contacting other girls and controlled himself very well around strange girls and I was happy. He also started researching religion and he concluded that he was no longer a Christian nor a Muslim saying that religion is of man not of God, that righteousness is what God wants and he’ll make sure to be righteous.

In Nov 2021, we found out I was pregnant and he was happy about it and we started planning toward getting married. Then his mother became an issue as she lives with us. She was always reporting me to him which caused fights between me and him. Every time, he’ll accuse me of disrespecting his mother and how he’s not sure he’ll end up marrying me.

He and his mom put me through a lot of emotional stress in my pregnant state. He would keep malice with me and abandon me for days whenever there was a misunderstanding. I’ll be sad and cry so much but he wouldn’t even care. In the end, I’ll be the one to apologize for peace to reign.

Fast-forward to what happened recently, I had stopped at the Market after work to buy foodstuff for the house but was distracted by a particular vendor who urged me to stop by at her shop for cheap baby items and I did because I haven’t yet started buying baby items and I’m almost due for delivery. This made me stay late at the market. He called to find out where I was and asked me to do a video call to confirm if I was truly at the market. I obliged but he still didn’t believe me.

READ ALSO: Dear MIMsters: His Family Doesn’t Like Me But We Have A Child

He was hell-bent on fighting me for no reason without considering how tired I was in my condition. I got home and tried to cook dinner but he kept talking about how my movement was fishy that day and doesn’t believe I was at the market despite seeing all the food items. I couldn’t control it anymore and I angrily exploded and told him, he shouldn’t have stayed with me when he knew he would never trust me.

I was devastated and cried. I asked him why didn’t he tell me all this until it got to the level of pregnancy and family introduction. He said, “ALL THE TIMES I TOLD YOU TO LEAVE THAT I WANT TO BREAK UP, YOU REFUSED TO LEAVE.”

I couldn’t bear it. I cried so much and couldn’t sleep. The next morning, I packed all of my things and left his house for my mom’s place. He watched me as I did all of that and left without saying a word or trying to stop me. He watched me leave with tears in my eyes.

READ ALSO: Dear MIMsters: Why I Hate My Mother-In-Law

After I explained everything to my mom, she called him and he refused to pick up. My grandma, my uncle, and stepdad, everyone, called him but he refused to pick. I called his sister to explain. She later called to tell me that he says he’ll never take me back, that he’ll only take responsibility for the child, and wants nothing to do with me. His sister assured me that he’ll still come around, that I should be calm.

1. Why did he do this to me despite all I’ve been through with him and for him?

2. I still love him or I’m not sure but I don’t know if I should beg him lest he’ll say to me again in the future that I forced myself on him.

3. I never prayed to be a single mother or raise my child without a father around, cos I was raised that way and it wasn’t easy for me. I don’t want my child to go through the same thing.

READ ALSO: Dear MIMsters: Will I Ever Be Fine? Will I Ever Heal? I’m A Complete Wreck Because Of This Relationship

4. I’ve been crying nonstop and he hasn’t called me to know how I am fairing with the pregnancy. I’m 7-months pregnant.

5. Why did he have to wait till this point before he told me the truth, despite how much I’ve asked him and begged him to tell me for 3 good years so that I can leave, but he kept lying to me.

6. I’ve supported this man financially through the relationship and with some investment he did, he’ll be making something big out of it soon but he chose this time to constantly frustrate me and I can only believe he’s doing it on purpose so he can dump me.

I’m going crazy right now and I need as much assurance from anywhere that I’ll be fine and that things will get better for me and my unborn child with or without him. My mom has tried to console me as much as she can and she’s getting tired and crying too. I hope I don’t harm my unborn child with my brooding and excessive tears.

READ ALSO: Dear Mimsters: How Do I Move On From A Husband Like Mine?

Also, he had beat me thrice while being pregnant and blames it on me, saying my sharp mouth is the reason. Today, my parents came around to help us settle the matter but he blatantly refused and even walked out on them saying his mind was made up.

I was able to pick up his phone in the process and saw that he was already inviting another girl for a date. I’m so broken right now and I feel like cursing him for putting me through all these. This was not our agreement, he promised he loved me. I feel like his mission all along was to ruin my life’s journey.

His final words were that I’ll be living in the house till I give birth to his child and then I’ll give to them and leave. I can’t leave my child for him and his mother and I can’t even afford a place yet. I don’t want to deliver my child in his house, my mom doesn’t live in Lagos, I’m so broken right now and I feel like I might just break down in this condition.